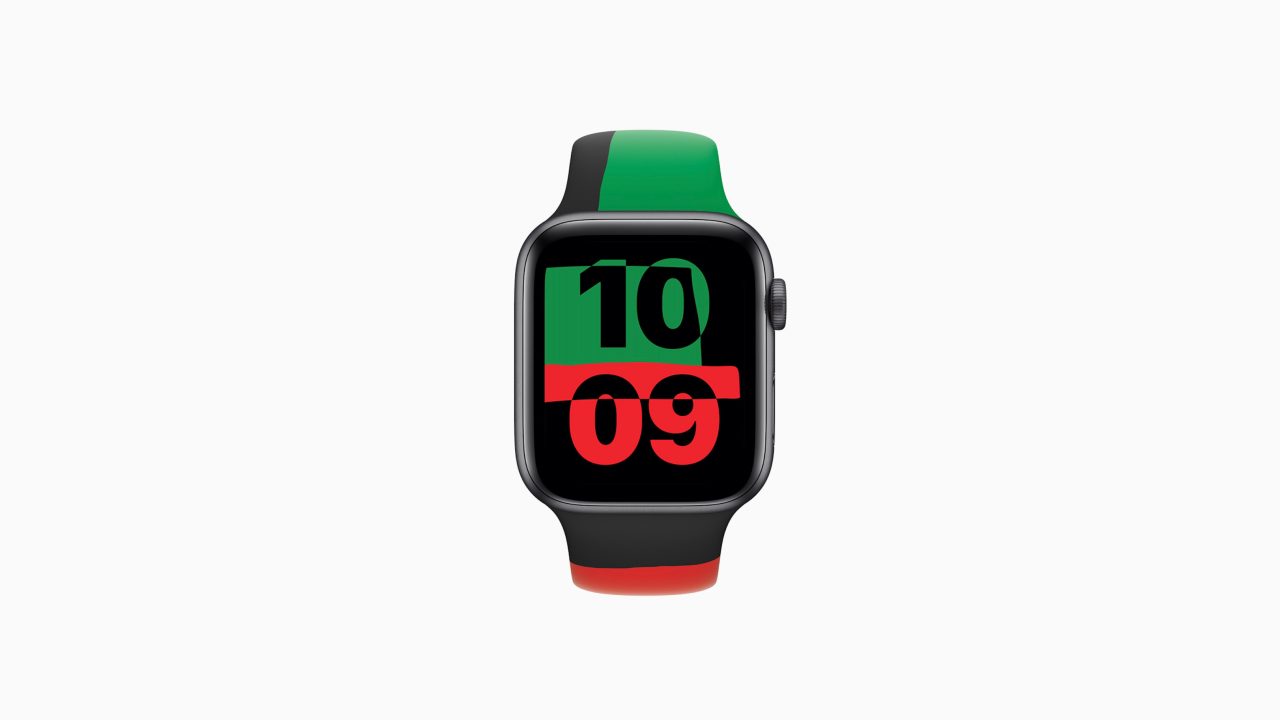 Apple this morning has officially released its new Black Unity collection for the Apple Watch, one of multiple ways it is celebrating Black History Month in February. The new limited-edition Apple Watch and Sport Band are available to order now from Apple’s website.

When Apple announced the Black Unity collection for Apple Watch last week, the company said it would be supporting global organizations to help advance their missions in promoting and achieving equality around the world:

Apple is introducing the Black Unity Collection, designed to celebrate and acknowledge Black history and Black culture. The collection includes a limited-edition Apple Watch Series 6, the Black Unity Sport Band, and a Unity watch face. As part of this effort, Apple is supporting six global organizations to help advance their missions in promoting and achieving equality and civil rights in the US and around the world: Black Lives Matter Support Fund via the Tides Foundation; European Network Against Racism; International Institute on Race, Equality and Human Rights; Leadership Conference Education Fund; NAACP Legal Defense and Education Fund, Inc.; and Souls Grown Deep.

The aluminum case is made from 100 percent recycled aerospace-grade alloy and features a custom “Black Unity” laser-etched back crystal.

The Black Unity Sport Band is inspired by the Pan-African flag and made from soft, high-performance fluoroelastomer with a pin-and-tuck closure laser-etched with “Truth. Power. Solidarity.”

The release of this limited-edition hardware follows Apple’s release of watchOS 7.3, which included a new Unity watch face inspired by the Pan-African flag. Apple is also holding an Apple Watch Unity Challenge, which encourages users to close their Move ring seven days in a row during February.

The Apple Watch Series 6 Black Unity starts at $399 for the GPS model, while the cellular model starts at $499. The Black Unity Sport Band is $49. You can order today from Apple.com at the links below: