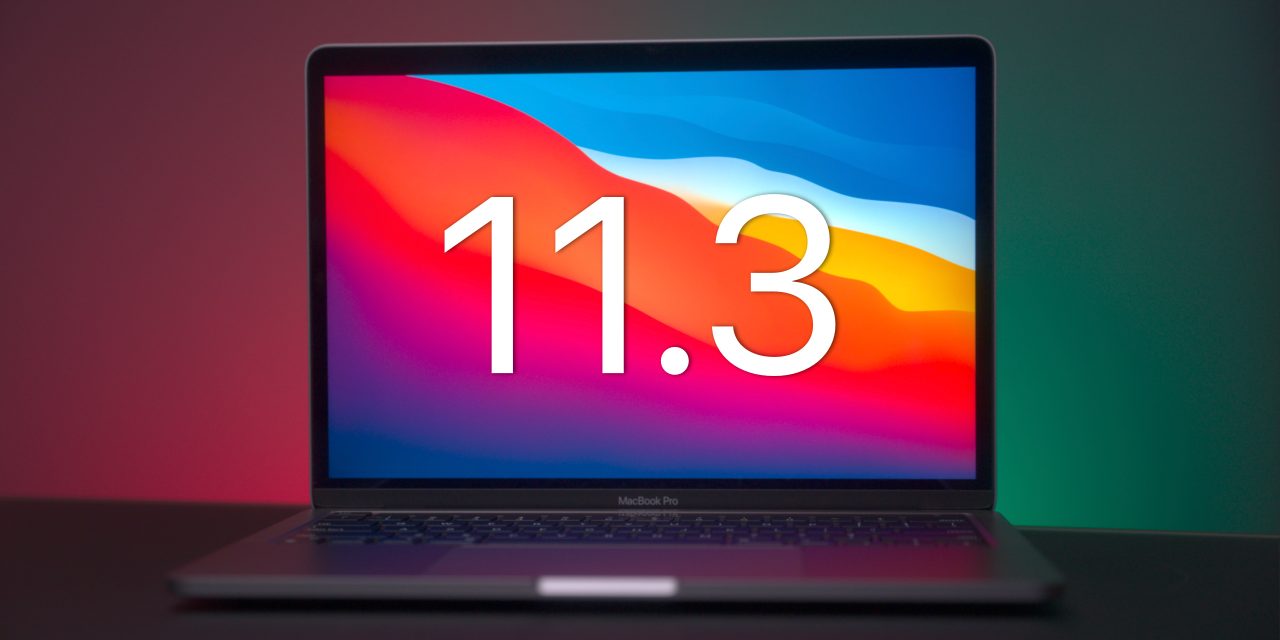 Yesterday Apple released a huge new macOS Big Sur 11.3 developer beta to Mac users. The update brings some long-awaited new features to the table, such as the ability to set a HomePod stereo pair as the global default sound output option. In addition, the beta adds changes already implemented in the earlier release of iOS 14.5 beta for iOS devices, such as a new Made For You section in the Music app, and updates to sorting options in the Reminders app. Watch our hands-on video walkthrough as we showcase macOS 11.3 beta 1 changes and features.

In macOS 11.3, iPad apps running on M1 Macs gain access to a new Preferences menu when clicking the name of the application in the menu bar. Touch Alternatives, which was previously a standalone option under the app name in the menu bar, has been relocated under Preferences.

In versions of macOS for M1 Macs prior to the 11.3 beta, enabling Touch Alternatives enabled all of the tap, swipe, drag, and multi-touch features. The M1 beta, however, provides users with a more granular approach. It features a global toggle for Touch Alternatives, but also allows users to enable these features on a one-by-one basis via the app’s preferences.

The adoption of a traditional preferences menu also opens up the possibility of having even more customization options for iOS apps running on M1 Macs, and it is almost assured that we will get those as this new way of using iOS apps continues its growth.

Although you cannot manually adjust the windows size of iOS apps running on Mac, the default window size has been made to be larger based on the screen resolution of your Mac.

In a much-welcomed change, a pair of stereo-paired HomePods can now function as the default global sound output for macOS 11.3 beta. Previously, in macOS’s global sound settings, a Mac would see HomePod stereo pair as two separate devices.

Some time ago, the macOS Music app was updated to recognize HomePod stereo pairs, but up until now, macOS has lagged behind on recognition from a system level. This new change joins tvOS, which can also recognize and set a stereo pair as the default output for Apple TV.

While great for general music and movie playback, I don’t see a pair of HomePods or HomePod minis (which don’t yet feature an updated glyph for the mini stereo pair) as being able to substitute for proper external speakers on a machine like the Mac mini, for instance. When working with apps that need minimal latency, such as Final Cut Pro, the delay is still insurmountable when playing back videos on the timeline.

“Made For You” in Apple Music library

Like the iOS 14.5 update, the stock Music app features a new Made For You section in the music library. This new section houses the Chill Mix, Favorites Mix, and New Music Mix playlists normally found under the Listen Now section.

macOS 11.3 beta ships with an updated News+ tab under the Apple News app. The updated News+ tab defaults to a new My Magazine’s section, featuring slightly larger cover art for all of the magazines that you’re currently reading. In addition, it simplifies the layout, featuring just three additional sections for Downloaded, Newspapers, and Catalog.

While iOS 14.5 received the ability to sort lists on iPhone and iPad, macOS 11.3 beta 1’s Reminders update features enhancements to the already-existing sorting options. In 11.3, users can now right click directly on a list to expose sorting options instead of having to venture to the View menu of the menu bar.

You’ll also notice that when you sort by parameters like Title, Due Date, Creation Date, or Priority, you now have ascending and descending sort options.

Like the recent iOS beta update, next-generation controller support for PS5 and Xbox Series X controllers is now available on the Mac. This is not only beneficial for Apple Arcade games, but should also be ideal when controlling games when streamed to the Mac from those consoles.

Unfortunately we haven’t been able to try out this new feature, as there are no compatible extensions available yet. Once extensions become available, we will be sure to showcase to you how it all works.

Code discovered by 9to5mac indicates that, in addition to the updated Support menu, Apple is planning on bringing the Apple Support app to the Mac. The Apple Support app, which is currently only available for the iPhone and iPad, lets users contact Apple Support, run direct on-device diagnostics, and initiate repairs without needing to open the Apple website or call AppleCare Support reps on the phone.

It’s a small change, but the Feedback Assistant app has been updated with a cute little smiley glyph upon submitting a bug report to Apple.

Like iOS 14.5, macOS 11.3 is a major new update for Apple users. It adds much-needed features like HomePod stereo pair output, along with upcoming customization changes to apps like Safari. What are your favorite new macOS 11.3 beta 1 changes and features? Sound off down below in the comments with your thoughts.