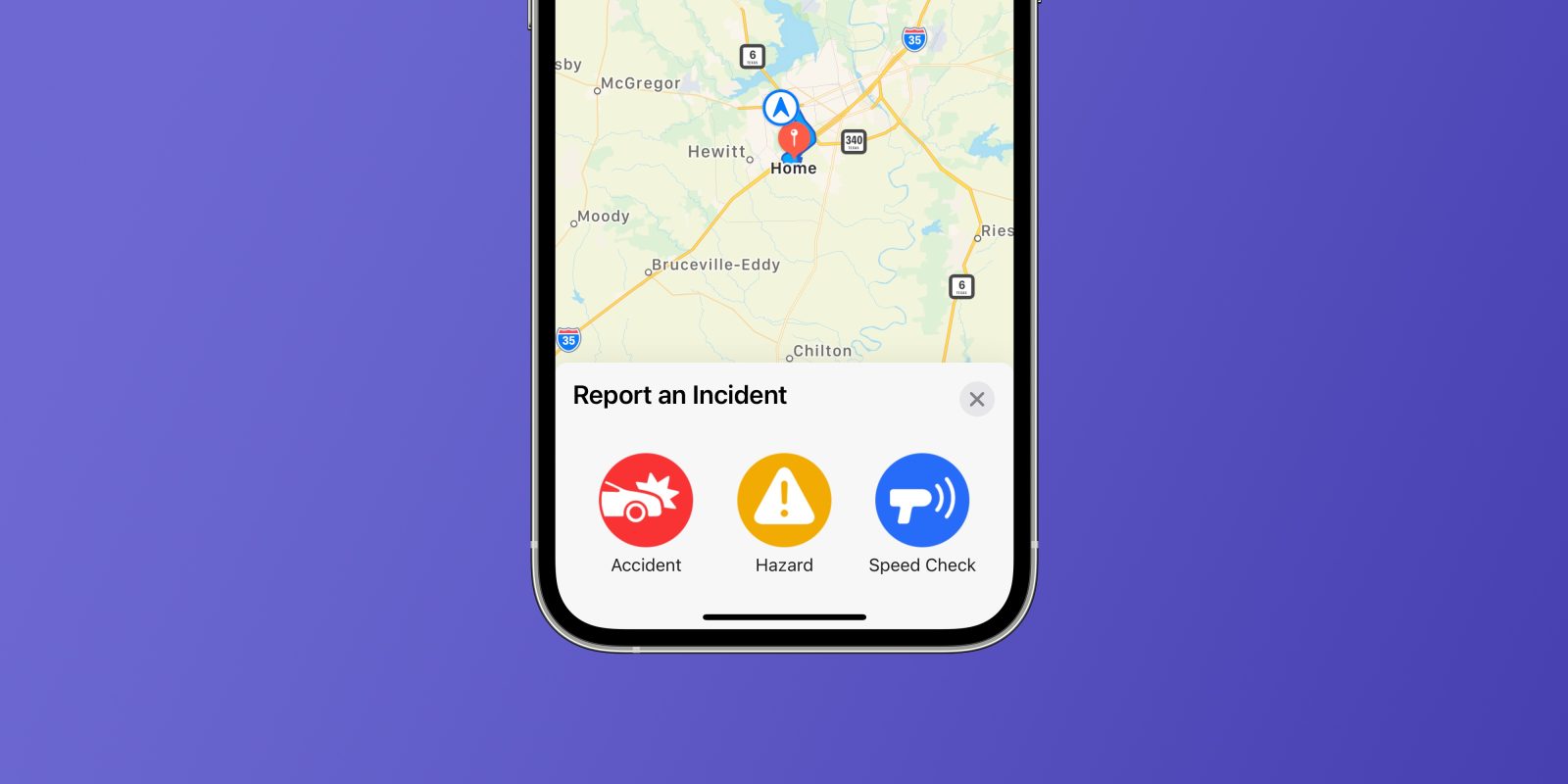 Apple is bringing a variety of Waze-like features to Apple Maps with the release of iOS 14.5. The update gives users the ability to report speed traps, accidents, and other road hazards using Siri, CarPlay, or through the Apple Maps app on iPhone.

When you use Apple Maps for the first time after updating to iOS 14.5, the Siri navigation voice will tell you about the new features.

Apple is giving users a handful of different ways to report these hazards. First and foremost, you can use Siri to report hazards by simply saying, “Hey Siri, report an accident.” You can also report hazards, speed traps, and accidents using the Apple Maps interface on CarPlay.

From the Apple Maps app on iPhone, you can begin navigation then swipe up from the bottom to find the new “Report” option. Here is where you can find the new crowdsourcing features for reporting hazards.

If enough users report a speed trap, hazards, or accident, it should appear on the map as an alert to other Apple Maps users, similar to Waze.

To use the new features, drivers will be able to report road issues and incidents by using Siri on their iPhone or through Apple’s CarPlay. For example, during navigation, they’ll be able to tell Siri things like “there’s a crash up head,” “there’s something on the road,” or “there’s a speed trap here.” They’ll also be able to correct stale accident or hazard alert information by saying things like “the hazard is gone” or the “incident is no longer here.”

The new Waze-like features are the latest examples of Apple’s work to revamp and expand Apple Maps. Over a year ago, Apple officially completed the rollout of its rebuilt Apple Maps in the United States, giving users faster and more accurate navigation, improved detail, better road coverage, and more.

What do you think of these new crowdsourced reporting features in Apple Maps? Will they sway you from using Google-owned Waze? Let us know down in the comments!