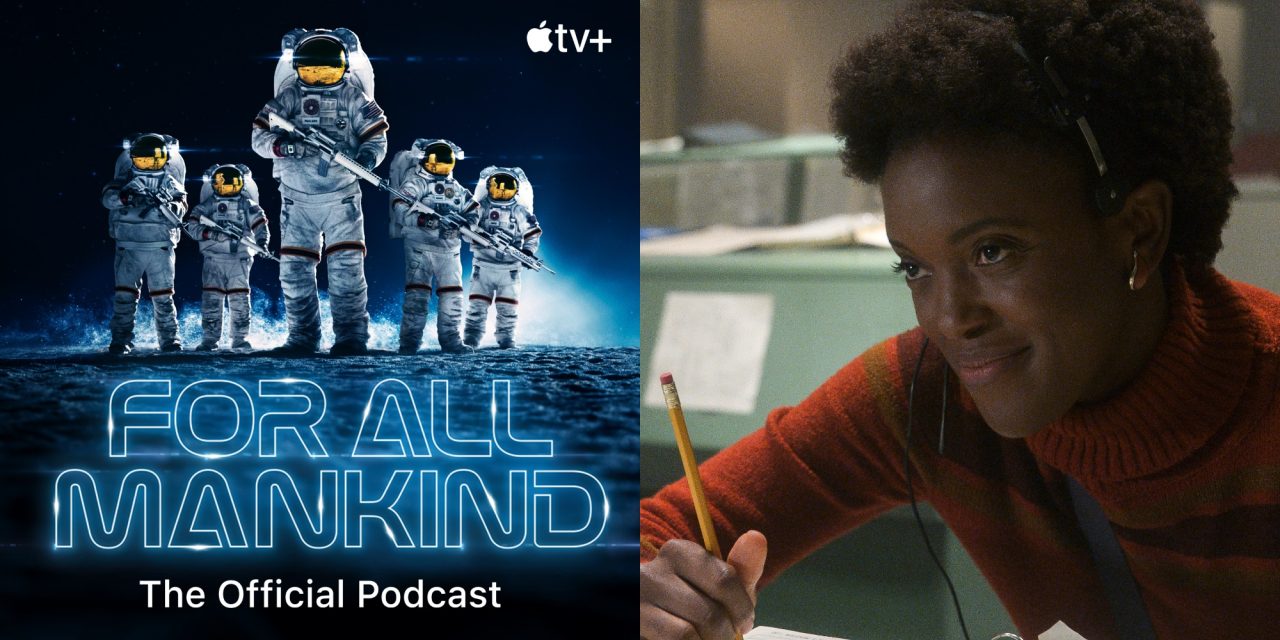 Apple is launching its first podcast series connected to an original series on its Apple TV+ video streaming service. For All Mankind: The Official Podcast is hosted by actor Krys Marshall, who plays astronaut Danielle Poole on the show. The weekly podcast series will include interviews with more cast members, space experts, and former astronauts.

The trailer episode is out today, and the first full episode will be released this Friday on Apple Podcasts and RSS when the first episode of the second season of For All Mankind premieres on Apple TV+:

The space race continues. Join host Krys Marshall and hear from space experts and former astronauts about what really goes down beyond our atmosphere on the official podcast for the Apple TV+ series For All Mankind. Each episode features guests from the series, space experts, and never-before-heard audio that brings these gripping topics further to life. You’ll hear how astronauts achieve the unbelievable.
Watch For All Mankind on Apple TV+, where available.

Just like the second season, the first Apple TV+ companion podcast will include 10 episodes released weekly. Apple created the new podcast in partnership with podcast production house At Will Media:

At Will Media is an award-winning audio production company with offices in Manhattan and Los Angeles. With several decades of combined experience in storytelling and sound design, we set the pace for the podcast industry as a partner for branded content and hub for successful and critically acclaimed originals. Partners and clients include Amazon Studios, Audible, Animal Kingdom Films, Netflix, The New York Times, GQ, Hearst, Morgan Stanley, Town & Country, Viacom, The Clinton Foundation, and 1 Hotels.

Should we expect more podcast series like the companion podcast to For All Mankind? Bloomberg reported last year that Apple is investing in a range of original podcast series. As reported, Apple is starting with a TV+ companion podcast. According to the report, Apple is also planning “original programs that could eventually be adapted into future TV+ video content.” Apple also has a free Apple News Today podcast that delivers headlines to subscribers in short sound bites.

Apple is also marketing For All Mankind in a novel way with the first TV+ AR experience. For All Mankind: Time Capsule leverages Apple’s augmented reality framework on iOS to create an immersive and interactive experience on iPhones and iPads. The app takes place in between season one and season two to serve as unique bonus content for fans of the series.

Listeners can subscribe to For All Mankind: The Official Podcast for free on Apple Podcasts or through the show’s RSS feed on other podcast player apps. Read our spoiler-free review of season two and watch our interview with the cast and creators here.