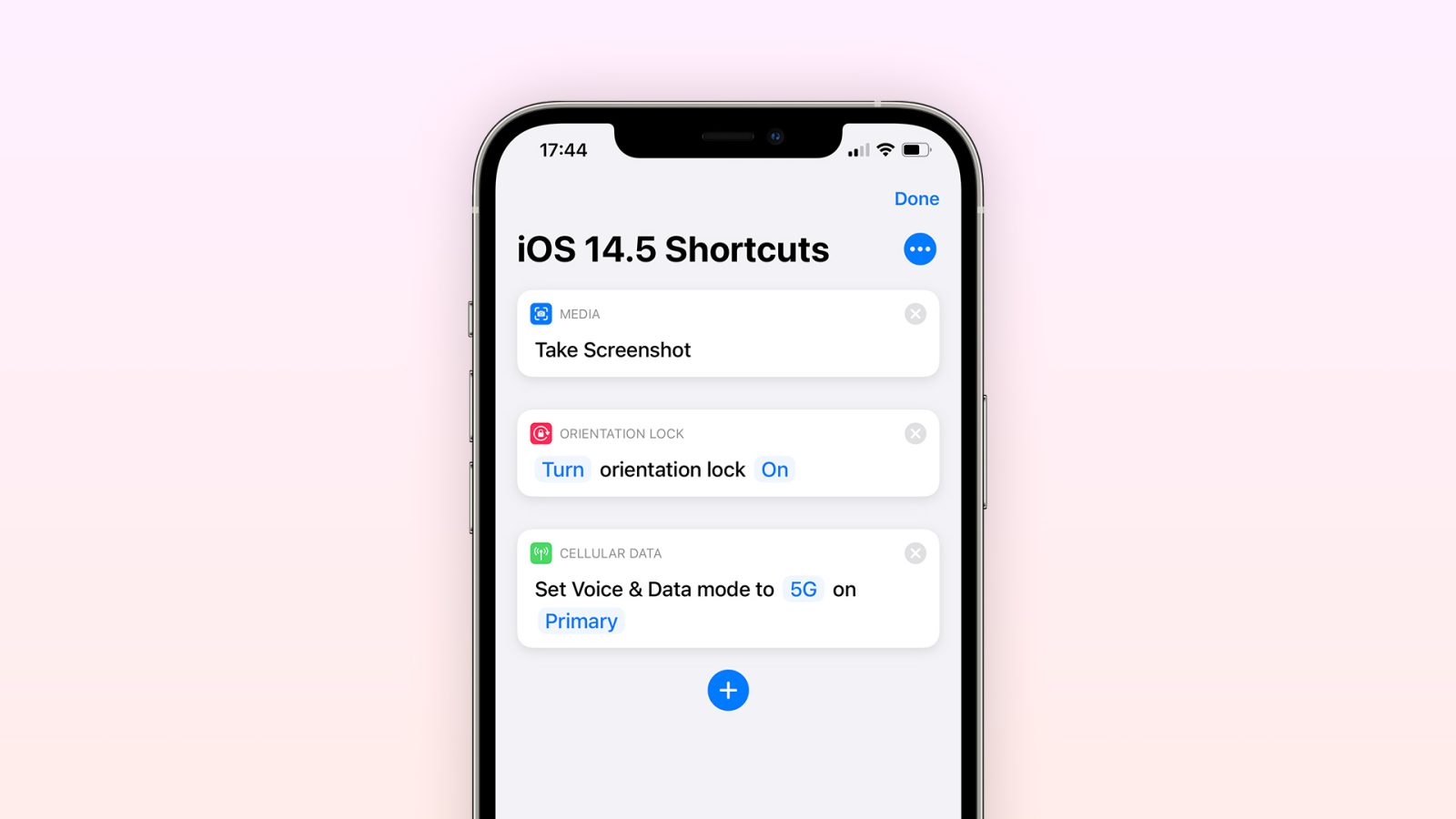 iOS 14.5 beta has been surprising us with several new features, including new options to unlock the iPhone using the Apple Watch, changing the default music player for Siri, and more. With the release of iOS 14.5 beta 2 earlier today, Apple added new actions to the Shortcuts app for taking screenshots, changing orientation lock, and even changing cellular data mode.

With the “Take Screenshot” action, the shortcut quickly takes a screenshot so you can save it to your photo library, send it to another app, change its resolution, or do any other interactions that the Shortcuts app offers to users. Unknown shortcuts will require the user’s permission before taking a screenshot due to privacy concerns.

Another interesting new action is “Orientation Lock,” which as the name suggests, lets the Shortcuts app set the screen orientation lock to on and off. The action can either toggle the orientation lock option each time you trigger it, or act as a button to always turn the option on or off. You can, for example, enable orientation lock every time you open a specific app.

Furthermore, iOS 14.5 also comes with a new Shortcut action that lets users switch between cellular data modes using the app. The “Voice & Data mode” action offers options to set the default network as 5G, 5G Auto, 4G, and 3G (the latter is only available on iPhone models without 5G). One use case for this shortcut is to create an automation that changes the network at a specific time of day or at a specific location.

In addition to the new Shortcut actions, iOS 14.5 beta 2 also comes with changes for the Music app and adds over 200 new emoji. The second iOS 14.5 beta is currently available for developers and is expected to be released to public beta users later this week.

If you spot any changes in iOS 14.5 beta 2, or the other new betas from Apple today, let us know in the comments below or on Twitter @9to5Mac.