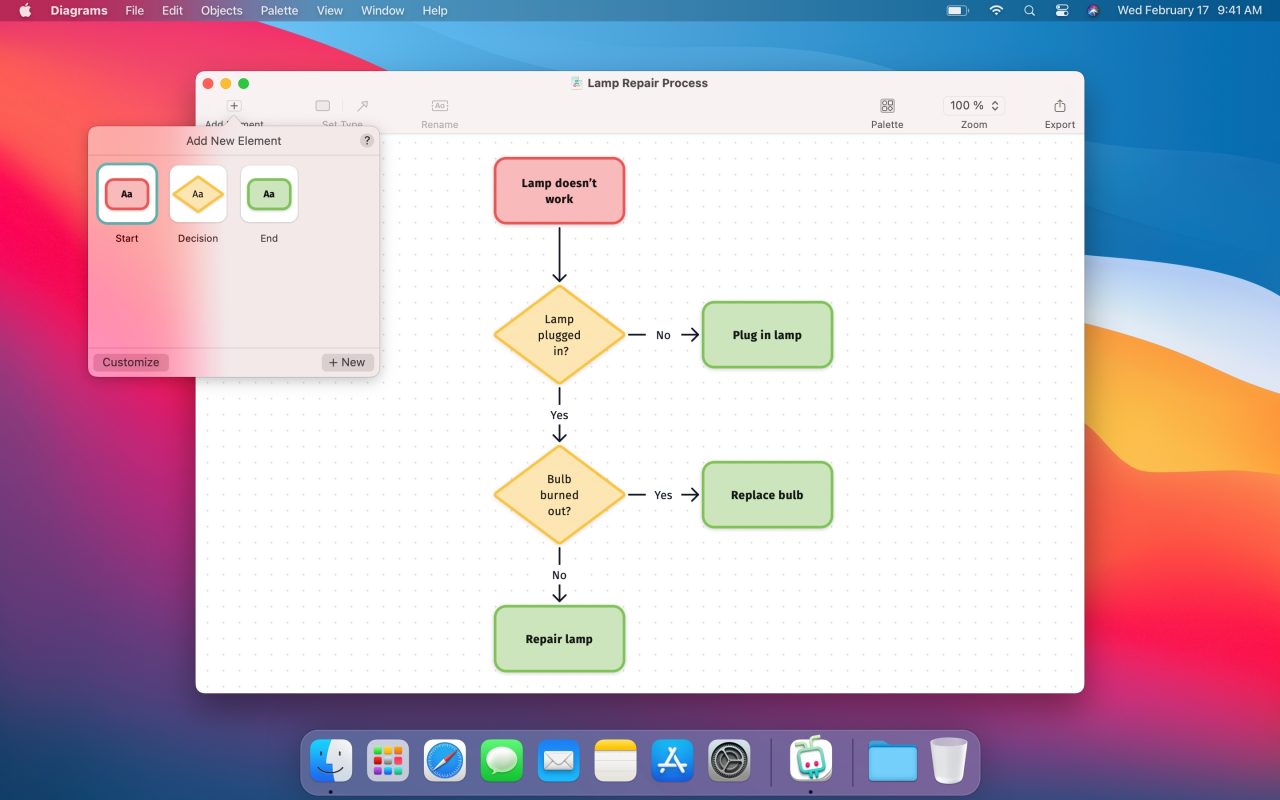 As I once reviewed here on 9to5Mac, Diagrams is a Mac app that lets users easily create flowcharts. Following the app’s first anniversary this month, Diagrams has just received its first major update with new tools and also support for M1 Macs.

Diagrams 2.0 brings several improvements to the app, which now lets users have full control over the palette in their documents. While the original version of Diagrams only provides a single palette preset, Diagrams 2.0 comes with more presets as well as palette customization.

That means you can now create specific palettes with different elements for each document in Diagrams. The app now asks users which palette preset of elements they want to use when creating a new document, or if they want to create a new palette as well.

In the new palette customization interface, users can craft reusable element and relationship types and use them in their diagrams. Each type will have a configurable title, as well as a set of visual attributes. The developers responded to the most requested features by including new styling options to complement palette customization. This includes broadening the pool of available element colors and the introduction of support for text formatting.

The update comes with more color and text formatting options and overall improvements to the app’s interface. Diagrams 2.0 is also fully compatible with the Apple Silicon platform, which means that the app now runs natively on M1 Macs with improved performance and efficiency.

Diagrams is available on the Mac App Store for $22.99 — and that’s a one-time purchase. Users who have the previous version of the app will get Diagrams 2.0 for free.