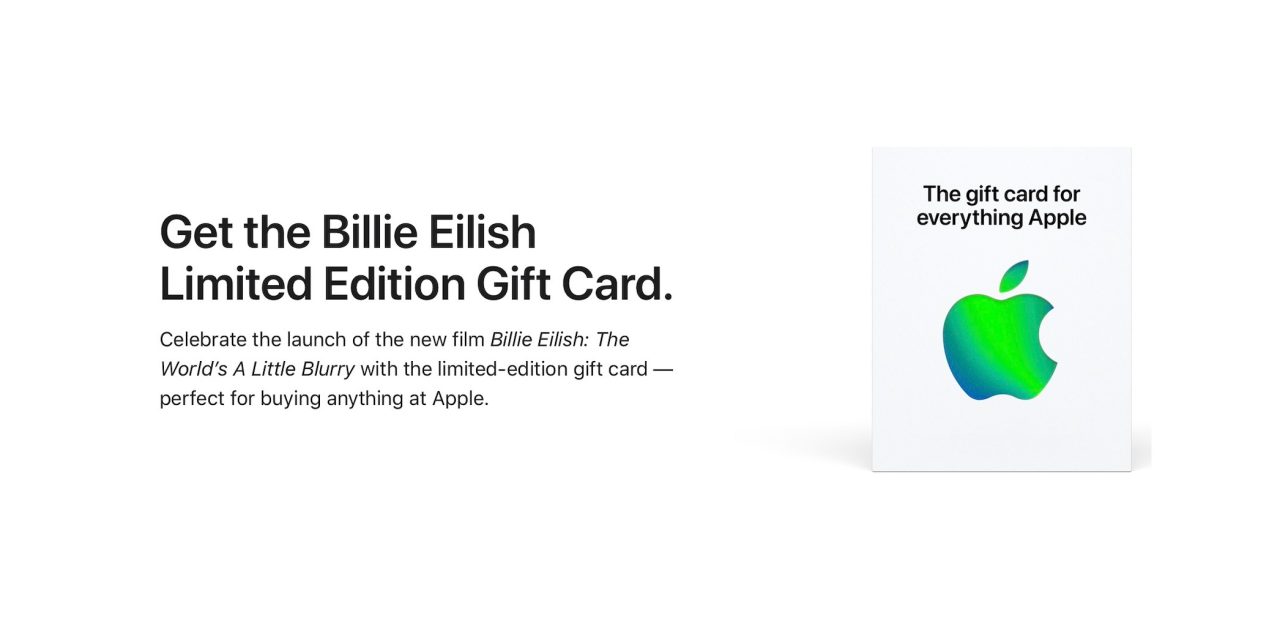 Celebrate the launch of the new film Billie Eilish: The World’s A Little Blurry with the limited-edition gift card — perfect for buying anything at Apple.

It’s unclear how long this Billie Eilish Limited Edition Apple Gift Card will be available, but you can order today from Apple’s Online Store in denominations of $25 or above.

You can find the Billie Eilish documentary The World’s A Little Blurry on Apple TV+.