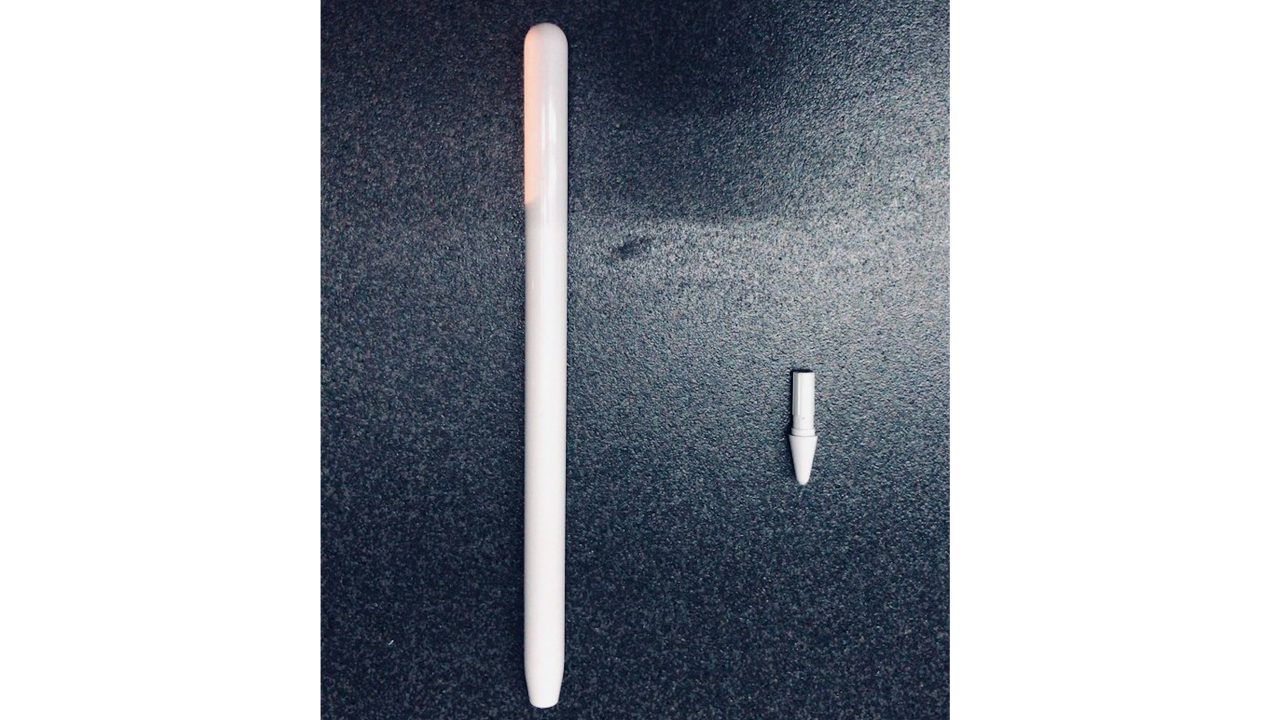 Apple is widely rumored to have new iPad Pros coming as soon as sometime this month. Now, a leaked image claims to show a “new Apple Pencil” model that could theoretically be released alongside the new iPad Pro models, but details here are sparse.

It’s hard to glean too much from this image of the alleged new Apple Pencil, which was shared on Twitter by user Mr White. The biggest change on the surface appears to be that the finish of this Apple Pencil is now glossy, as opposed to matte. This is a return to the design we saw with the first-generation Apple Pencil. Apple switched things up with the Apple Pencil 2 when it went with a matte finish instead.

This model appears to keep that same design. In the leaked image, the Apple Pencil is likely resting on its flat side. There does not appear to be a Lightning port in the cap of the Apple Pencil shown here like we saw with the first version. It does, however, look like there could be a minor change to the size of the replaceable tips.

We’d treat this image with some skepticism as it’s unclear what exactly has changed, and the accompanying tweet does not provide any other details. It could also be a prototype of some sort, so we’ll have to wait for Apple’s official announcement to know for sure.

Rumors suggest that Apple could have a new iPad Pro coming as soon as this month, with the headlining change being new mini-LED display technology on the 12.9-inch model. A new Apple Pencil would be a nice accompanying announcement to the new iPad Pros.

Can you tell any major differences between the Apple Pencil shown in the leaked image here and the current second-generation Apple Pencil? Let us know down in the comments!