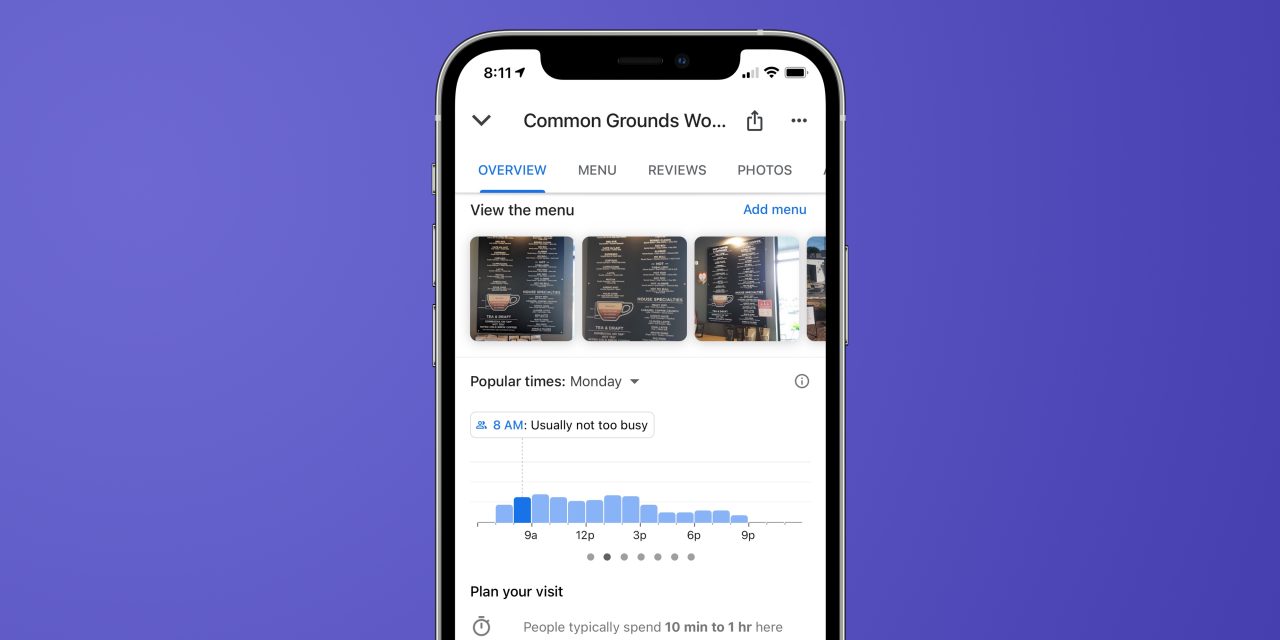 We’ve already detailed a handful of new features coming to Apple Maps in iOS 14.5, including Waze-style reporting and hazard features. Now, it also appears that Apple is working on a new feature to show users how busy a particular point of interest is before they visit.

As first spotted by a user on Reddit, Apple has updated its Privacy menu in the Location Services part of the Settings app to describe a new feature that would use location data to aggregate details about how busy a point of interest is.

Apple explains that this privacy-preserving feature would use anonymous location data to “let users know” if a point if interest is open and busy. The data would be collected when you “open an app near a point of interest.” This makes it somewhat unclear whether the feature would be based around Apple Maps data or third-party apps.

The full explanation from Apple is as follows:

Routing and Traffic: While you are in transit (for example, walking or driving), your iPhone will periodically send GPS data, travel speed, and barometric pressure information in an anonymous and encrypted form to Apple, to be used for augmenting crowd-sourced road traffic and atmospheric correction databases. Additionally, when you open an app near a point of interest (for example, a business or park) your iPhone will send location data in an anonymous and encrypted form to Apple which Apple may aggregate and let users know if that point of interest is open and how busy it is.

If this feature sounds familiar, it’s because Google already offers a similar feature via Google Search and Google Maps, referred to as “live visit data.” You’ve probably seen this feature before in the form of a bar graph that shows estimated popular times and live data. It’s unclear how Apple would implement the feature.

It’s unclear when Apple plans to roll out this new real-time crowd data feature to Apple Maps, but it’s not available in the current beta of iOS 14.5. It’s possible that a future beta adds it, or that Apple is saving it for a later release altogether.