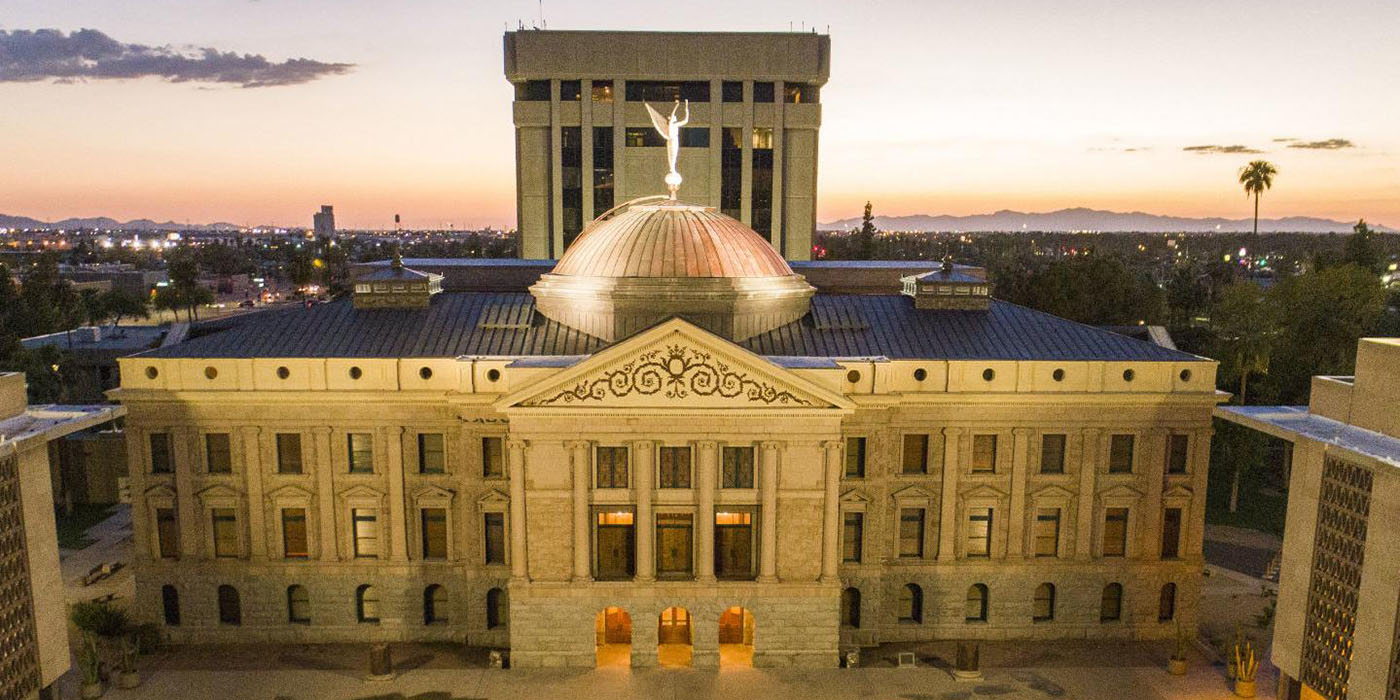 Apple has been accused of doing some kind of backroom deal to prevent a vote on an Arizona App Store bill that was scheduled to happen yesterday. The vote failed to happen, despite being listed as the first item on yesterday’s Arizona State Senate agenda.

Had the bill passed, it would have made it legal in the state for developers to bypass the app stores of both Apple and Google …

Apple takes either a 15% or 30% cut on app sales and in-app purchases, depending on the turnover of the developer. Epic Games last year tried to bypass the App Store by offering its own in-app purchase feature. That resulted in Apple removing the app and terminating Epic’s developer account, with a consequent legal battle scheduled to take place in May.

Even before the case has been heard, however, some states have been putting forward proposals to make it legal for developers to cut the App Store out of purchases. One such case in North Dakota was voted down, but Apple appeared worried by a similar one in Arizona. The iPhone maker lobbied against the bill, with a controversial hire for its campaign.

Apple tapped its own lobbyist, Rod Diridon, to begin lobbying in Arizona. It hired Kirk Adams, the former chief of staff to Arizona Gov. Doug Ducey and speaker of the Arizona House of Representatives, to negotiate with Cobb on its behalf.

The company was apparently right to be worried, with the bill successfully (if narrowly) being passed by the Arizona House of Representatives. The next and final stage was to have been a vote by the Arizona State Senate, which was scheduled as the first item on the agenda yesterday.

However, The Verge reports that the vote simply… disappeared.

The vote never happened, having been passed over on the schedule without explanation. The Verge watched every other bill on the schedule be debated and voted on over the senate’s live stream, but Arizona HB2005, listed first on the agenda, never came up.

[Hannson says] the company hired a former chief of staff to Arizona Gov. Doug Ducey to broker a deal that prevented the bill from being heard in the Senate and ultimately voted on. This is after the legislation, an amendment to the existing HB2005 law, passed the Arizona House of Representatives earlier this month in a landmark 31-29 vote.

“The big show turned out to be a no show. The bill was killed in mid-air while on the agenda with a backroom deal. Apple has hired the governor’s former chief of staff, and word is that he brokered a deal to prevent this from even being heard.”

Hansson – who had his own run-in with Apple over the Hey email app – continued on Twitter, strongly hinting at corruption.

Doesn’t mean it’s guaranteed that it’s over in Arizona, but hot diggity damn. Seeing how the corru… I mean… lobbying works this close and this brazenly is something else. But Apple can’t buy all the legislators in all the states. Refuse to believe that.

The claim is of course hyperbolic: Corruption would suggest that Apple had bribed someone to block the vote, which is not remotely credible. However, the facts are that Apple hired a man who knew the governor well, and that the scheduled vote failed to take place for reasons that are so far unexplained.

Analyst Neil Cybart has weighed in, suggesting legislators in the previous vote didn’t understand the issues.

We have reached out to Apple for comment and will update with any response.