Instagram launches another TikTok feature with ‘Remix’ for Reels 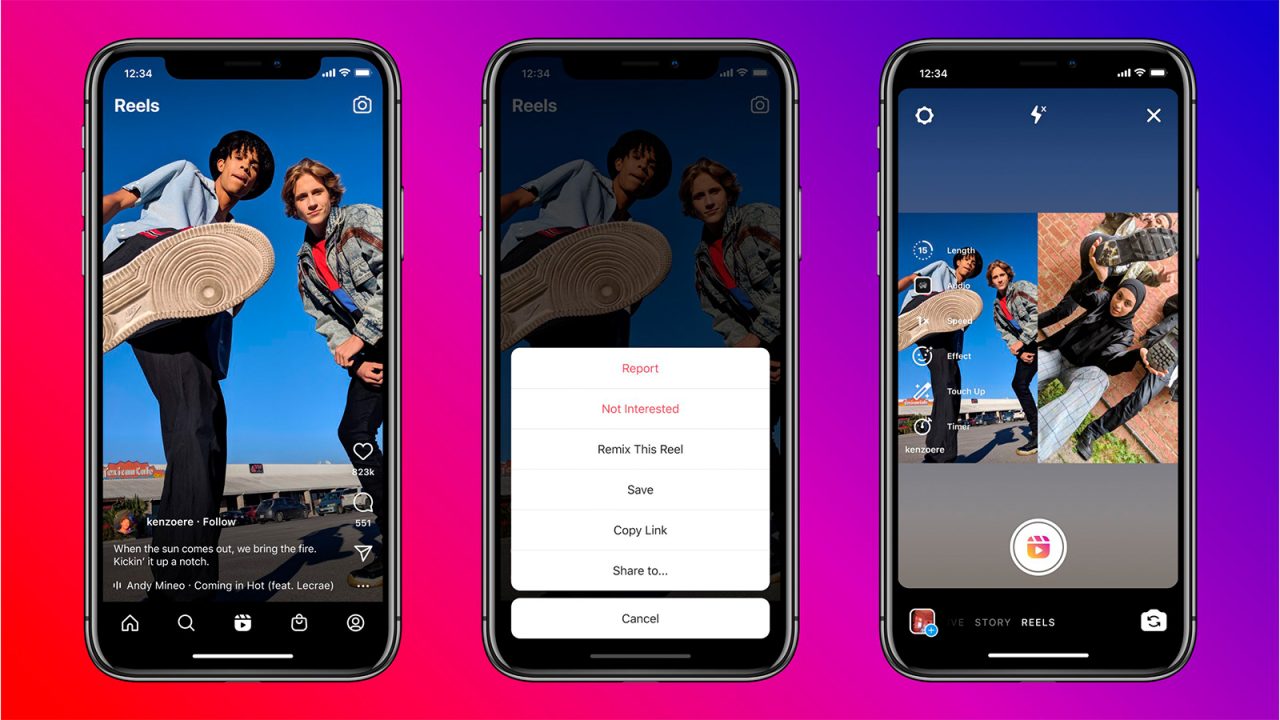 Instagram is officially launching a new feature called Remix for its Reels page. This function had been in beta testing for a while, and now it’s available to all users. It’s the latest step in Instagram’s competition with TikTok.

Remix is similar to what TikTok offers with its Duets function. Basically, you can react or interact with another person’s video while adding some creativity to it. Here’s how it works:

It’s possible to use Reels with other Instagram features, such as speeding up the video, writing, adding filters, and more. Instagram also allows users to enable remixing older reels as well.

Competition is ripe in the social networking industry right now. Last week, we reported that Snapchat was also testing its own Remix feature to compete with TikTok Duets. Clubhouse also has so many competitors now, making it similar to the Stories trend. Who needs that many places to post an image that’s going to be deleted in 24 hours?

If you want to try remixing reels on Instagram, download the latest version of the app from the App Store.