Samsung launches ‘iTest,’ a new web app for turning your iPhone into a Galaxy device 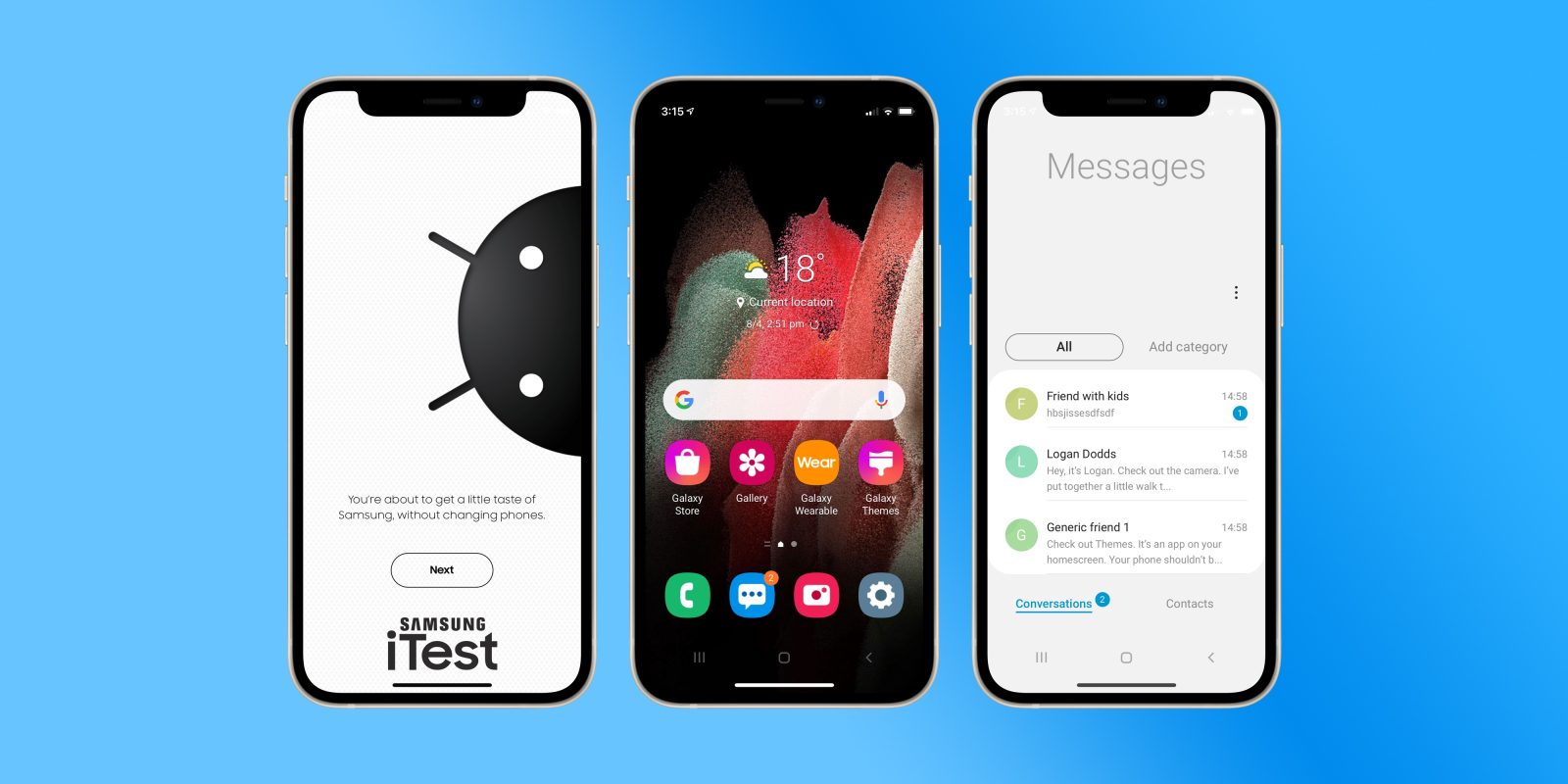 Samsung is increasing its efforts to win over iPhone customers. The smartphone maker has launched a new website called “iTest,” and it allows iPhone users to “get a little taste of Samsung” through a web application that simulates the Android experience.

When you visit Samsung’s iTest website, you’ll be prompted to add the web application to your iPhone’s home screen. Once you do this, you can launch it just like any other app and get some hands-on time with the Android interface.

You’re about to get a little taste of Samsung, without changing phones. We can’t replicate every function, but you should quickly see that there’s nothing daunting about switching to the other side.

The experience is actually pretty impressive and does a good job of replicating the Android and Samsung Galaxy experience through a web app running on an iPhone. You can do quite a bit, including browsing the Galaxy Store, changing themes, exploring the Samsung Camera app, and more. The banner image in the Galaxy Store naturally promotes Fortnite, which Apple removed from the App Store.

When you’re in the Samsung iTest app on your iPhone, you’ll even receive a variety of simulated text notifications and phone calls highlighting different things to try out and different ways of communicating with friends. And of course, Samsung is also using this as an opportunity to promote its other Galaxy products, such as Galaxy Buds Pro, Galaxy Watch3, and Galaxy Buds Live.

But while the overall simulated experience is impressive, there are areas where it falls apart. Many of the apps only allow you to take a look at the splash screens, and there are also technical limitations to web apps. For example, when you try to open the folder called “popular apps,” Samsung says:

Don’t worry, all the apps you love are available. Because let’s be honest, most of them are Google products and we’re good buddies with those guys.

As first spotted by MacRumors, this experience is being advertised only in New Zealand now, but the website is accessible worldwide. We wouldn’t be surprised at all to see Samsung turn this iTest experience into a worldwide marketing campaign sooner rather than later.

Samsung’s new iTest website comes after Apple said in January that the iPhone 12 series has spurred the an increase in smartphone users switching from Android to iPhone. With that in mind, it’s easy to understand why Samsung is now ramping up its attempts to convert iPhone users to Galaxy devices.

You can try out the iTest experience on your iPhone by heading to Samsung’s website right here. For all of the latest Samsung news, be sure to check out our colleagues over at 9to5Google.