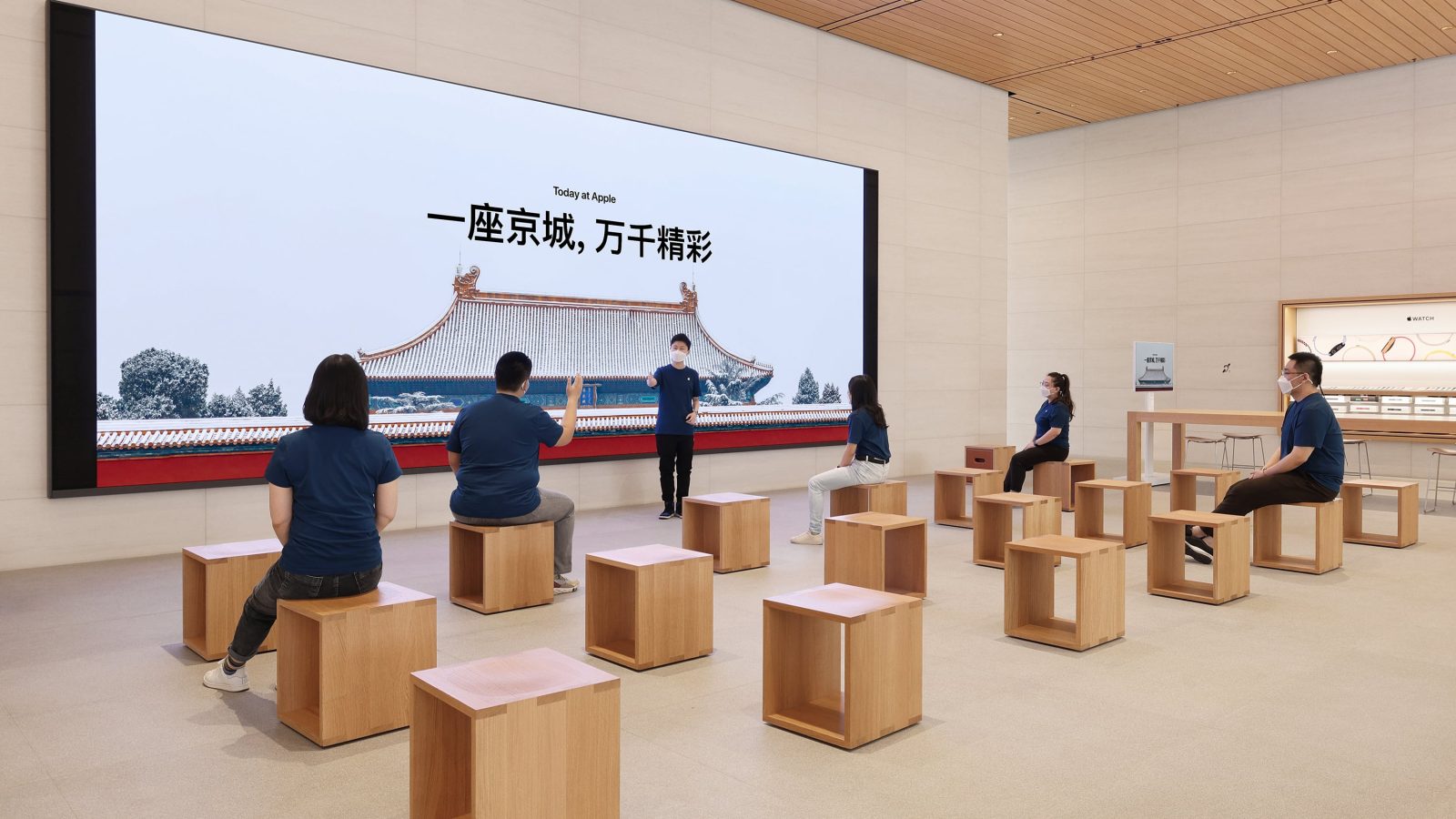 Today at Apple creative sessions are returning to Beijing with the in-store energy people love. Starting this month, customers can visit the new Forum at Apple Sanlitun and hear from local artists, photographers, musicians and developers.

The Beijing Creative Stories series, titled “One Capital City, Thousands Of Wonders” (loose translation) will run from April 16 to June 6 at both Apple Sanlitun and online, for visitors unable to make the journey. 12 courses will be hosted by local creators and highlight how tradition and modernity unite to form a unique environment for creativity.

Apple says it has worked with 16 artists to make the series possible. 10 sessions will be hosted in-store, including a Light and Shadow photography Lab, Art Lab, Music Lab, and App Lab. Online, artist Big Orange and Mars Radio Band will join Apple’s Creative Pros to teach via Webex.

Apple offered more details on some of the session highlights (machine translated):

Led by photographer Zhu Kai and app developer Kang Xiaolu, participants will wander through the 600-year history and culture of the “Forbidden City” series of apps and learn how to photograph the four seasons of the Forbidden City.

Use paintbrushes to outline the inextricable patterns of Beijing, China and the world in the Art Lab

Integrate traditional and modern music in the Music Lab

Explore and develop traditional skills in the App Lab

In the App Lab, participants will discuss the ins and outs of traditional techniques with Sun Yong, the designer of the Tenon and Tenon app, and choose a favorite traditional craft to transform their ideas into an app prototype through Keynote.

A reduced program of Today at Apple sessions returned to mainland China last August, and Virtual Studio events were held to celebrate the Chinese New Year, but this new series will mark the first time Apple Sanlitun has had the opportunity to host world-class sessions in its new home. The store was completely rebuilt and reopened in July 2020.

If you’re in Beijing and would like to sign up for online or in-store sessions, visit Apple’s website. Sessions will fill up quickly, so check back often. In-store Today at Apple sessions are still paused outside of Australia and Asia, but you can check out Apple’s New World series for virtual events through April 22.