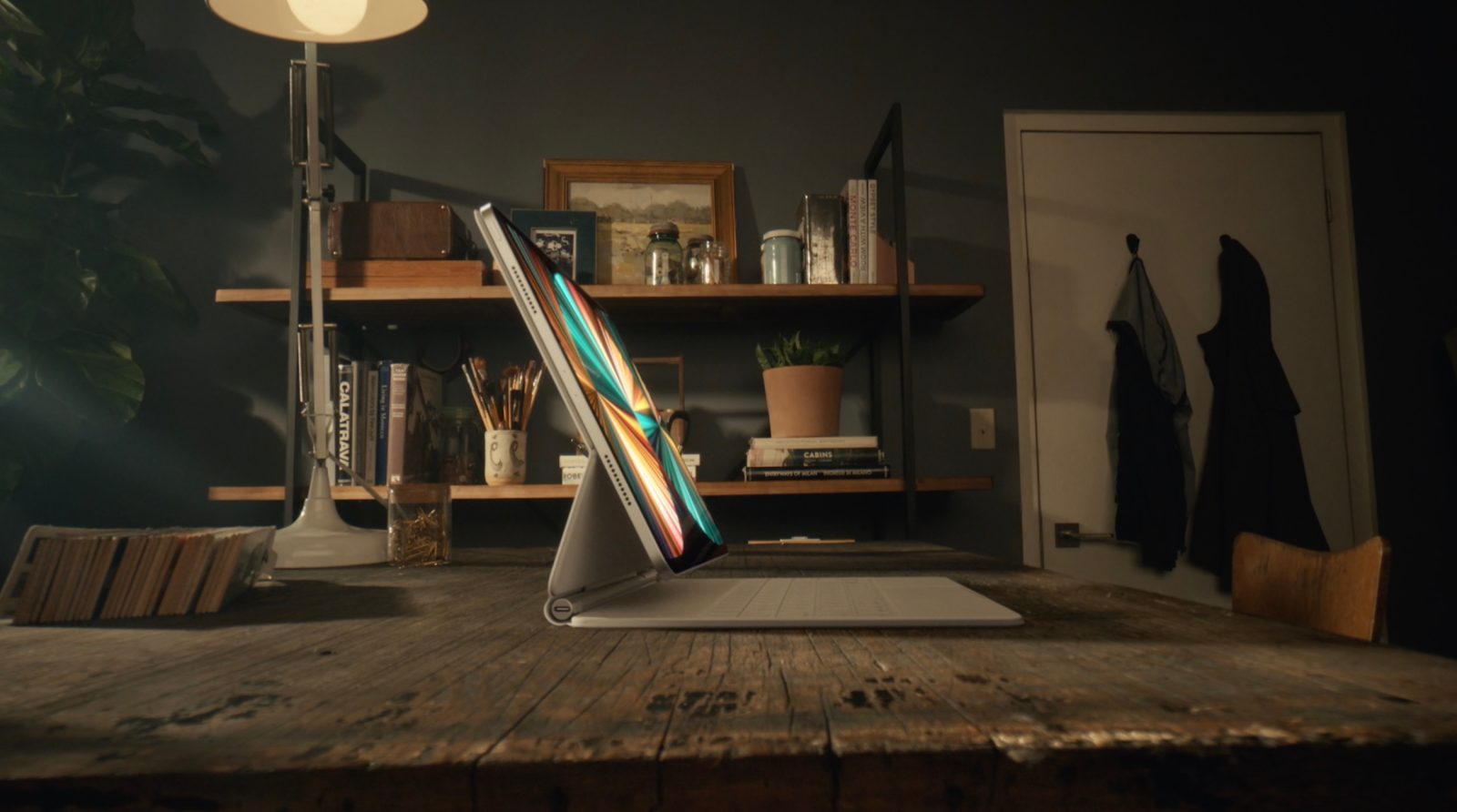 One of the things Apple introduced during the Spring Loaded event about the 2021 iPad Pro was a new function called Center Stage. With the 12MP Ultra wide TrueDepth camera, the new iPad Pro is able to center the user’s image every time it’s on a video call.

At first, we thought it was only going to be available for FaceTime calls, but third-party apps will also be able to take advantage of this feature, which puts the user in the center of the video and can automatically track the user’s movement, and there’ll be an API available to toggle it on/off.

While a new Apple Pencil was rumored to be introduced with the 2021 iPad Pro, this iPad uses the same second-generation Apple Pencil as the previous iPad Pro model. This is also the case for the Magic Keyboard, which is the same for the 11-inch iPad Pro and fourth-generation iPad Air.

The Magic Keyboard for the 12.9-inch model is currently unavailable. On its spec page, Apple says that the Keyboard is compatible with the third-, fourth-, and fifth-generation variants but when you scroll down, the company says it’s only compatible with the latest model. Since the bigger Magic Keyboard isn’t available and the smaller version already is, it’s probably exclusive to the fifth-generation 12.9-inch model.

One of the reasons why the Magic Keyboard for the 12.9-inch iPad Pro is different could be because this model is 0.05 inches thicker and around 40 grams heavier. Although it doesn’t seem much, this could probably affect the magnets holding the iPad.

Apple introduced a new storage option with up to 2TB for the 2021 iPad Pro. With that, the company officially highlights the amount of RAM each iPad can have.

This one is a bit tricky, but Apple reduced the number of speaker holes on the 2021 iPad Pro. While the fourth-generation has 17 holes in each speaker, the fifth-generation has only 11. Of course, both of the iPads have “four-speaker audio,” but we’ll have to see if fewer speaker holes mean a less powerful sound.