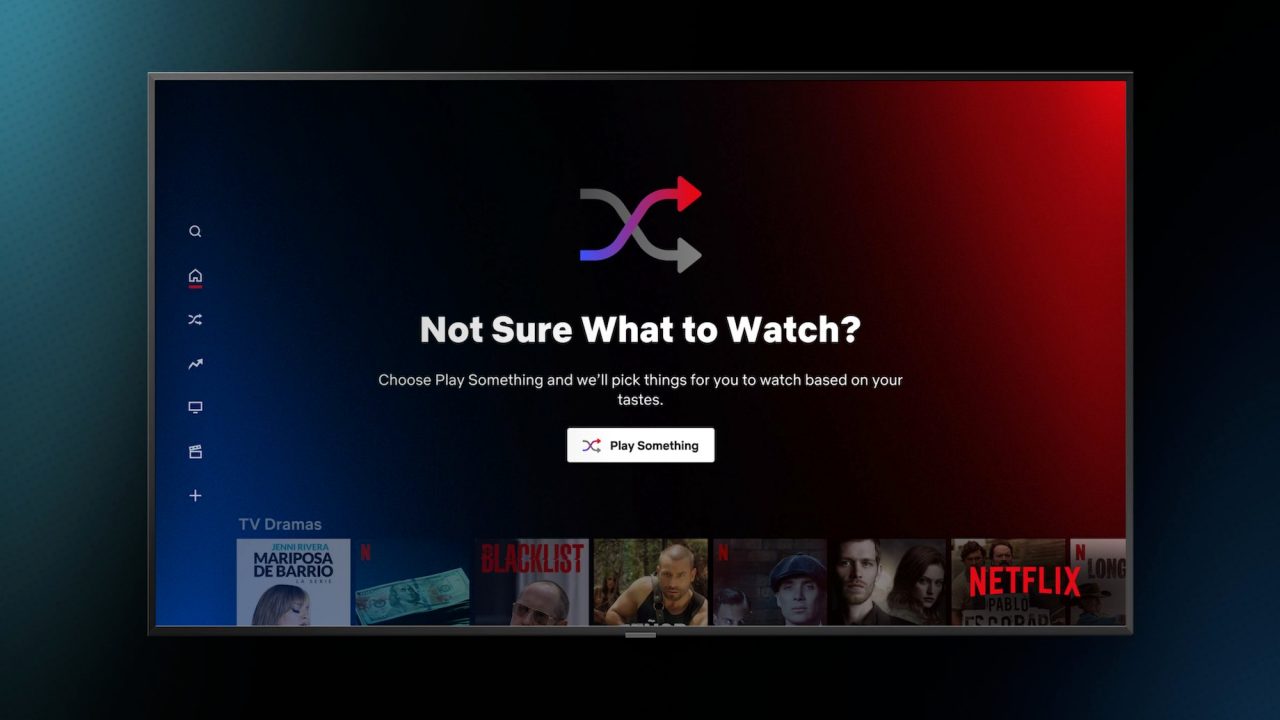 Netflix is now rolling out its new shuffle play feature to everyone. This new feature, which Netflix refers to as “Play Something,” aims to solve the problem of not being able to decide what you want to watch.

As first reported by the Verge, this new “Play Something” button will appear beneath your profile when you log in to Netflix, as well as in the left-hand navigation bar, and in the tenth row of the Netflix homepage.

The feature isn’t designed to show you random TV shows and referees, but rather suggestions based on your Netflix viewing history and ratings. The company says there are three different things the feature might show you:

The Play Something button is rolling out first to TV versions of the Netflix applications, which presumably includes the Apple TV version fo the app as well. The company has not detailed when it plans to roll out the feature to iPhone or iPad users. The feature has been in testing for a while, and the release to TV-based applications today marks the official launch.

What do you think of Netflix’s new shuffle play feature? Will you use it to help you find something to watch? Let us know down in the comments!