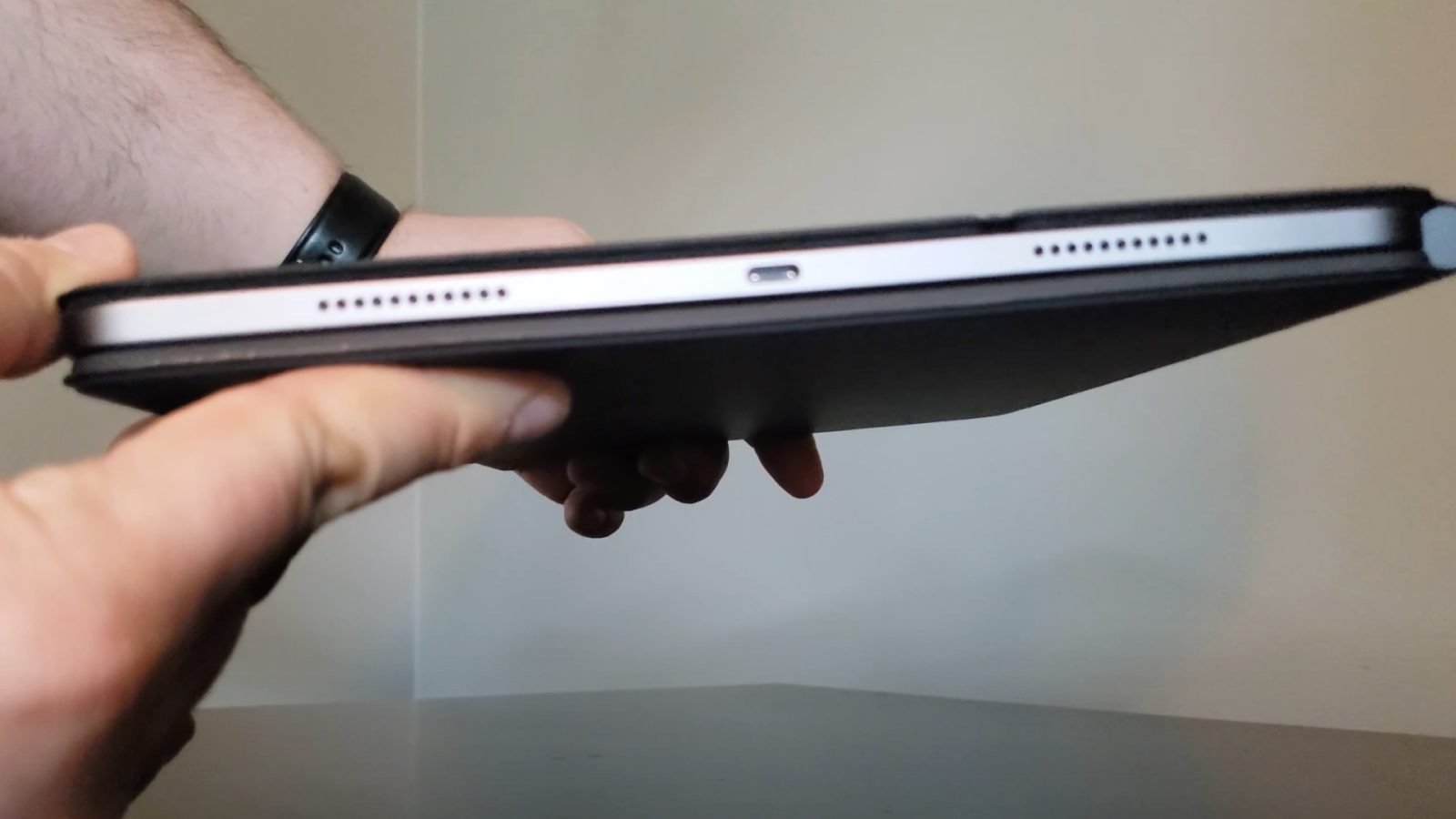 Since Apple announced the new 12.9-inch M1 iPad Pro in April, customers have been wondering whether their current Magic Keyboard would be compatible with the new device. Apple confirmed compatibility in a support document, and a new video offers additional details.

The controversy started with the new Magic Keyboard page showing that it was made for the fifth-generation 12.9-inch iPad Pro, but it was also compatible with older versions. Since this new iPad is 0.5mm thicker, the question was whether there would be any problem using the 2020 Magic Keyboard, or if they would have to buy the new version.

It was unclear until one week after the April Spring Loaded event, when Apple addressed this matter via an update to its support document:

With the last sentence, people understood that everything would work fine but maybe the two products wouldn’t fit precisely when closed. This is why some customers decided to buy the new version of the accessory.

One of the lucky buyers who received their iPad Pro early has now uploaded a video showing how the 2020 Magic Keyboard compares when connected to the fifth-generation 12.9-inch iPad Pro, and, yes, they fit perfectly when closed.

In the description of the video, the user says the iPad Pro model number is A2378 and the accessory model number is MXQU2LL/A to confirm that it’s the fifth-generation iPad Pro and the 2020 Keyboard. The user sets up both products, adjusts the angle of the iPad on the Magic Keyboard, types, and closes it. As we can see in the video, everything looks just fine.

The user didn’t shake the iPad with the keyboard or anything, but everything looks pretty solid. You can watch yourself in the video below.

Did you buy a Magic Keyboard just to use with the fifth-generation 12.9-inch iPad Pro? Let us know in the comments section.