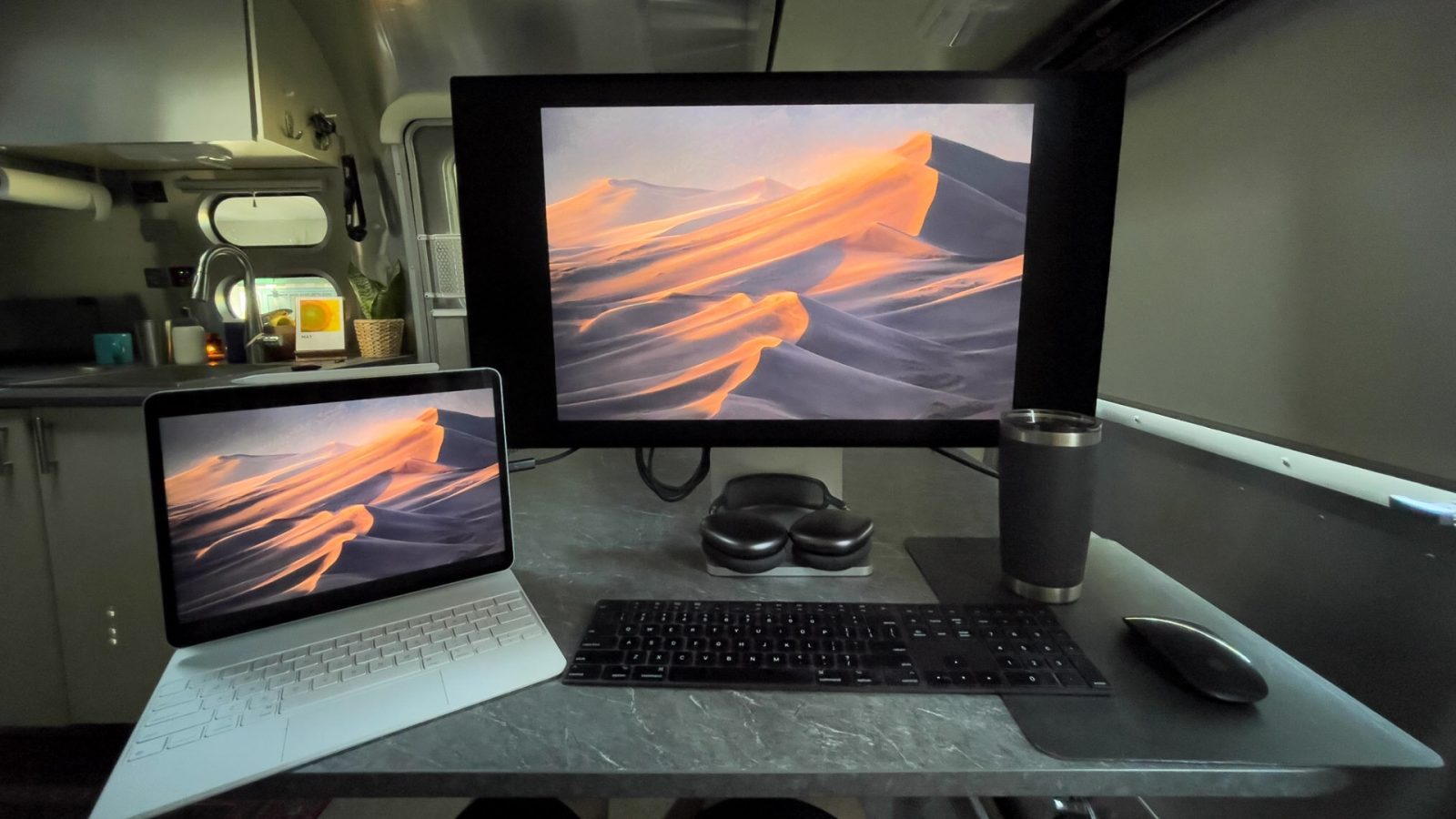 The M1 12.9-inch iPad Pro reviews were out on Wednesday. With the new mini-LED display being praised by all reviewers, travel photographer Austin Mann also put the iPad to test and compared it to the Pro Display XDR, the most advanced monitor Apple sells today.

While traveling in Great Sand Dunes National Park and Monument Valley, the photographer said he “ingested my images, backed them up, made selects, and edited them all on the new 12.9″ iPad Pro with M1 chip connected to the 32″ Pro Display XDR in our 25′ Airstream Flying Cloud.” So far, the experience has “been a blast.”

In his in-depth review focusing on photographers who are considering the new iPad Pro, he highlights three main things: M1 speed, color accuracy, and 5G connection.

For the M1 chip, it’s true that it’s over 50% faster than the previous processor available on the fourth-generation iPad Pro, the A12Z chip. Austin Mann says:

“As any photographer knows, one of the most time-consuming parts of the photo creation process is culling through thousands of images, making selects, and editing the images. Thanks to the M1 chip, faster internal storage, and a few other improvements, the new iPad Pro with M1 is the fastest image sorting tool I’ve ever used.”

When using the M1 12.9-inch iPad Pro with the Pro Display XDR to do a speedy image review, he shows how impressed he is with the seamless integration between the two hardware. He adds: “My brain could never possibly review images this quickly, but that’s exactly the point. I’d much rather the limitations be me, not my gear.

When comparing the first mini-LED display ever on an Apple product, he describes it as “very similar” to Apple’s Pro Display XDR, which starts at $4,999.

“It’s almost identical in color temp and the iPad Pro has slightly more pop in both saturation and contrast. (…) I also found it to be the brightest screen I’ve ever used outdoors, which makes it ideal for image reviews in the field.”

The mini-LED display available in the M1 12.9-inch iPad Pro uses 10,000 mini-LEDs, which provides much greater control of localized backlighting, allowing higher brightness and deeper blacks. The combination boosts the contrast ratio, as well as using less power. According to Apple, the Liquid Retina XDR display delivers “true-to-life” detail with a 1,000,000:1 contrast ratio. It also features 1,000 nits of full-screen brightness and 1,600 nits of peak brightness.

Another strong point with the new iPad Pro is “the potential of 5G speeds.”

While traveler photographer Austin Mann enjoyed the M1 12.9-inch iPad Pro, he still wishes this tablet had an SD/CFexpress reader built-in, and the ability to import photos into Lightroom CC in the background. To read his full review, just click here.