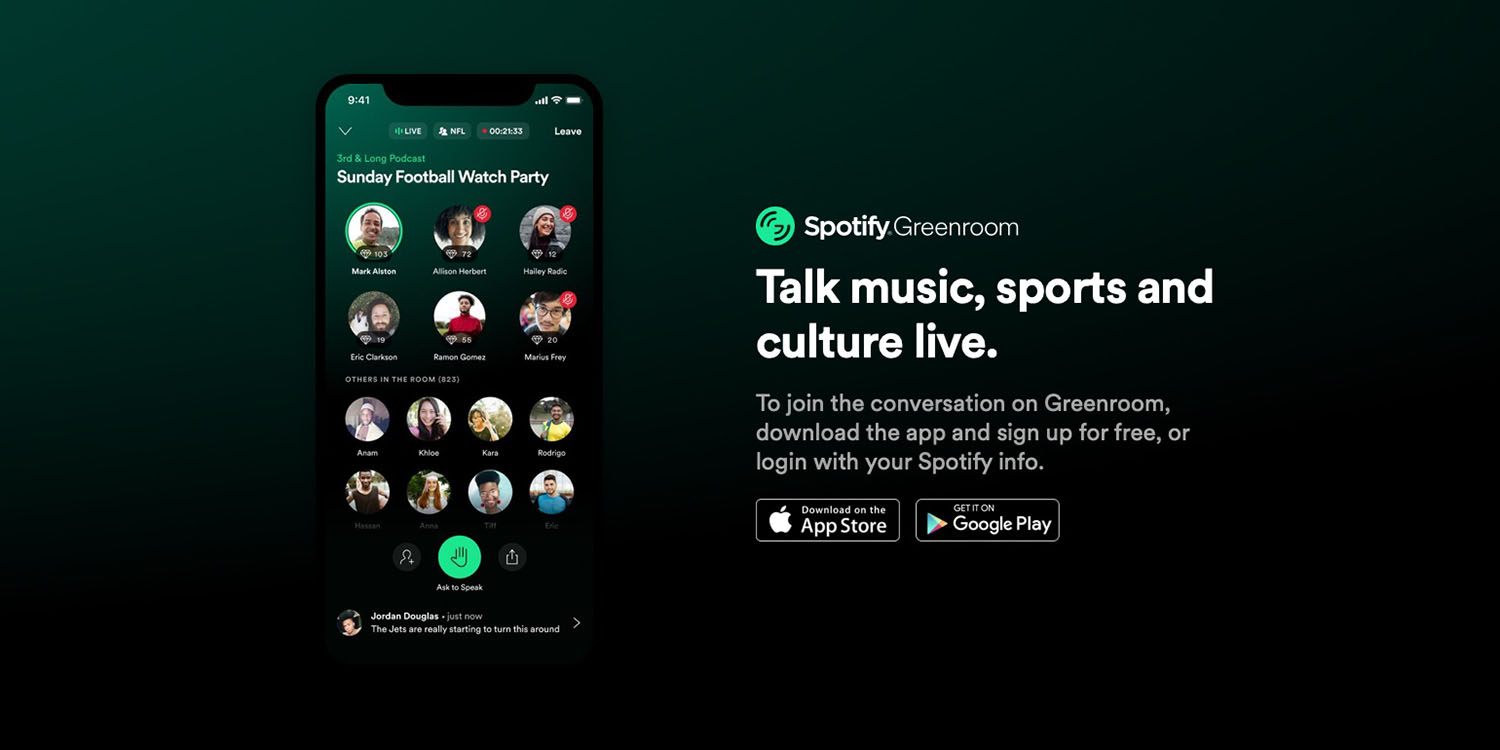 Spotify announced plans for a Clubhouse competitor in March, and has today launched the new service as Spotify Greenroom…

The service is built on Locker Room, a sports-focused live audio app created by Betty Labs. Spotify acquired the company in order to launch its own service.

The social audio app, which is similar to Clubhouse, allows users to host live conversations about sports, music, and culture.

Today’s launch doesn’t come with a marquee creator announcement or specific event planned, but instead, the company is taking the opportunity to encourage people to sign up and figure out how they’ll want to use the app. Some of its core functionality, a person close to the situation says, will eventually make its way to the actual Spotify app, so the team will monitor what happens in Greenroom closely […]

Users can sign up with their Spotify login, although it’s not required to use the app. The initial signup flow will also allow users to select their interests from a wider range of topics, like music genres and sports teams.

There will be opportunities to make money from Greenroom. Conversations can be recorded and released as podcasts. Additionally, there will be Spotify funding for some room creators.

Spotify is announcing a creator fund, although details are sparse. People on the app will be paid based on how popular their rooms are and their engagement in them, the source close to the situation says, and exclusive deals with creators are also in the works with announcements likely to come over the summer. It isn’t clear how much money Spotify will dedicate to lure creators to the app, but interested users can sign up more for information here.

One has to feel a little sorry for Clubhouse. After hitting a peak of 9.6 million downloads a month, its popularity subsequently slumped as Twitter and Facebook created their own alternatives, with others still in the works. A unique selling point that anyone can easily copy doesn’t tend to remain unique for long.