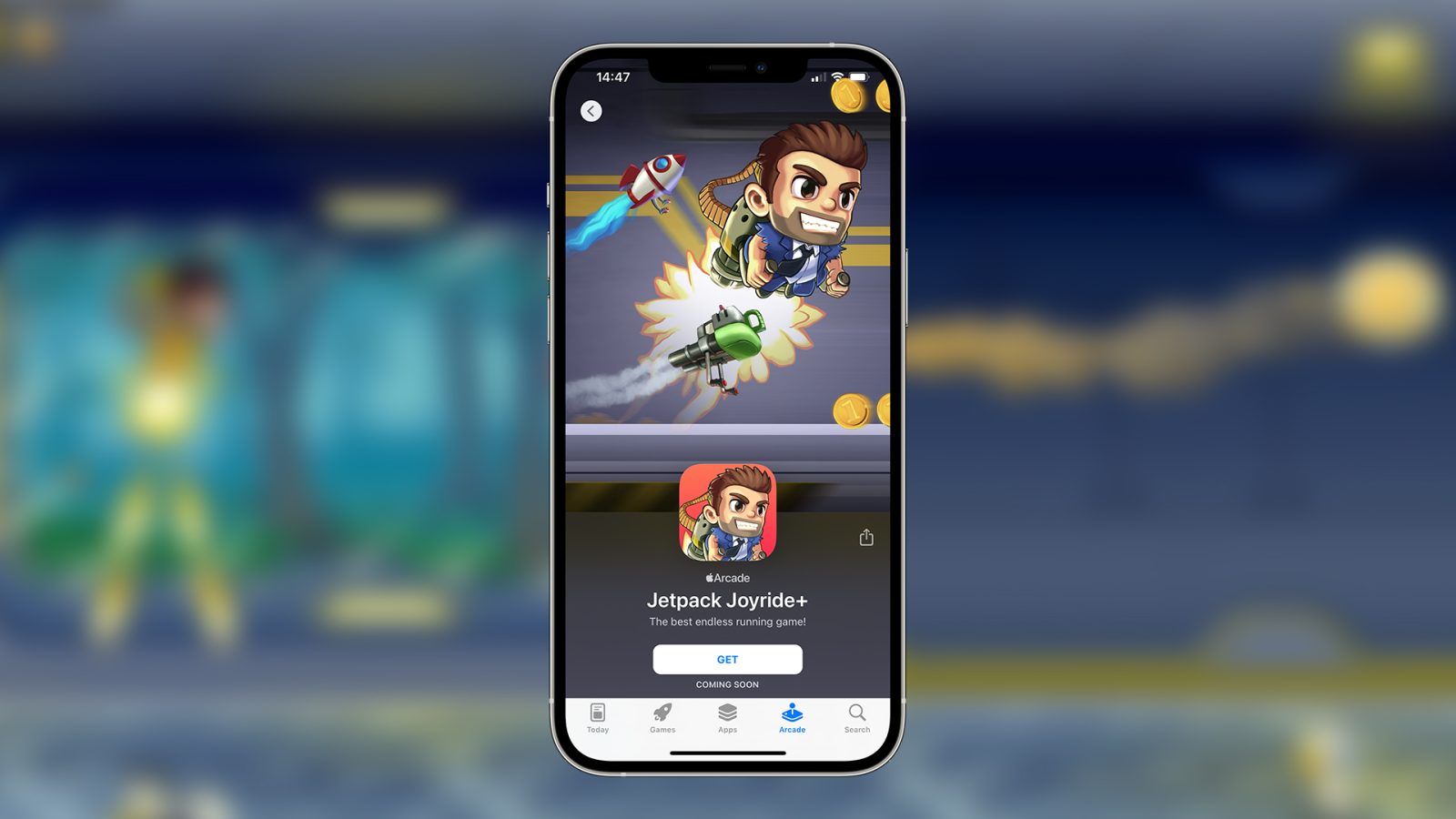 Following last week’s announcement of more classic mobile games coming to Apple Arcade, Apple today revealed that there’s another well-known title that will be available on its gaming platform. Jetpack Joyride, from the developers of Fruit Ninja, will also have a “Plus” version released on Apple Arcade.

Jetpack Joyride was first released for iOS devices in 2011 and quickly became popular, which pushed the developers to bring it to other platforms as well. The game is a classic infinite runner in which the player must fly in a jetpack inside a laboratory while dodging missiles and other osbtacles.

Although the game is still available on the App Store, it has multiple items that are only offered through in-app purchases. However, this will no longer be a problem for Apple Arcade subscribers, who will soon be able to download Jetpack Joyride+ on Apple’s gaming platform with all content unlocked.

Bullet-powered jetpacks! Giant mechanical dragons! Birds that shoot money! From the makers of the global hit game, Fruit Ninja comes this insane, high flying endless runner that will keep you on the edge of your seat! It’s time to join Barry Steakfries and equip the coolest jetpacks, suit up in stylish costumes and ride crazy vehicles in his endless running quest to beat the scientists to the end of the lab.

Back in April, Apple brought over 30 classic and popular games to Apple Arcade in a new category called “Timeless Classics,” which includes titles like Cut the Rope, Fruit Ninja, Monument Valley, and more. Last week, the company announced that more classic games will soon be available on Apple Arcade, such as Alto’s Odyssey, Angry Birds, and Doodle God Universe.

If you’re already an Apple Arcade subscriber, you can now set a reminder for when Jetpack Joyride+ becomes available for download. According to its page on the App Store, which is already live, the game will be compatible only with iPhone and iPad.