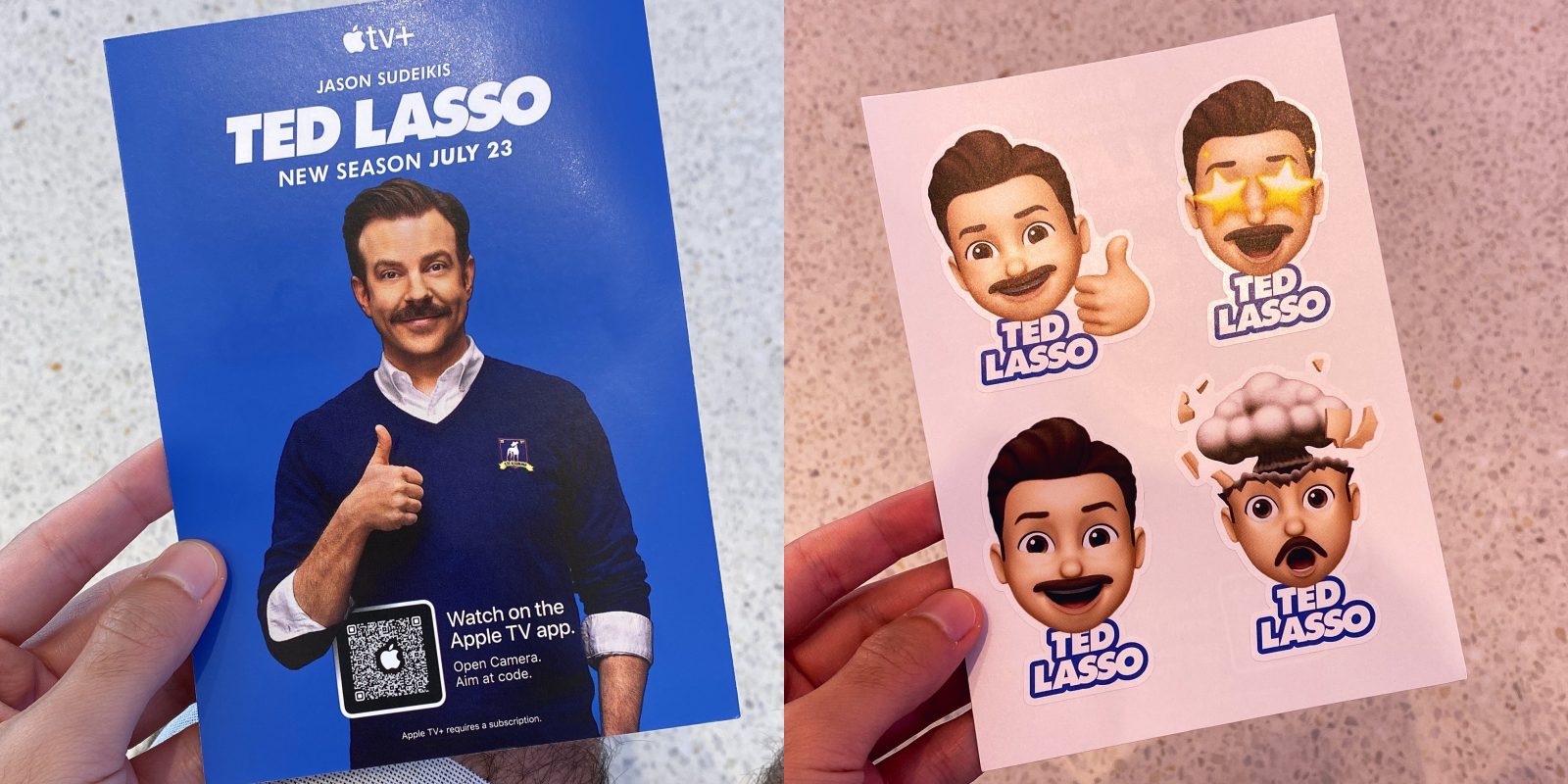 Ahead of the new season premiering on Apple TV+ this Friday, some Apple retail stores are giving out promotional sticker packs featuring Memoji of Ted Lasso.

Apple has made a few iMessage sticker packs for other TV+ shows like Snoopy in Space or Dickinson but this is the first time we can recall Apple distributing show-specific promotional materials at Apple retail stores.

The sticker pack is a simple set of four featuring the Ted Lasso Memoji character in a variety of poses. The sheet also includes an ad for the new season (which starts on July 23, this coming Friday) and includes a QR code that directs customers directly to the TV app on their iPhone.

(It’s not clear if every Apple store will be stocking these stickers, so don’t make a visit just for this.)

Ted Lasso has been a smash hit for the streaming service which only began in late 2019. Unlike many of its rivals, Apple has forgone purchasing a back-catalog of known franchises and instead concentrated on creating wholly original properties. Apple has been releasing new content every few weeks and Apple TV+ currently touts 88 titles on the schedule, as it slowly builds a library of original premium TV shows and movies.

To date, Ted Lasso has been Apple TV+’s biggest success both in critical reception and audience viewership. Just this week, Ted Lasso was nominated for 20 Emmys, setting an awards record for the comedy series category. The show has also earned Golden Globes and Critics Choices awards.