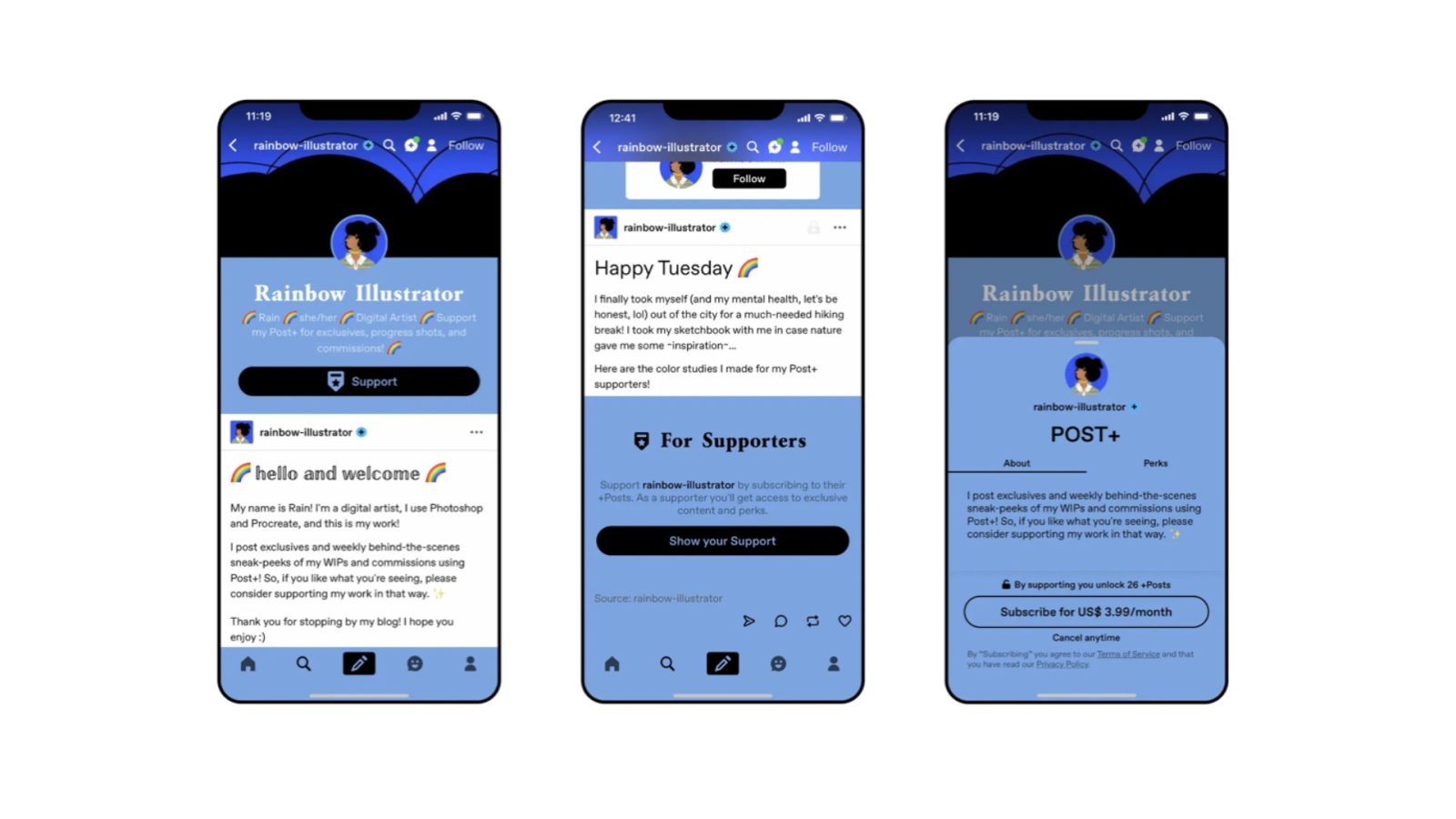 After 14 years of being free, Tumblr is today launching Post Plus. This feature offers writers a way to make money by charging for a subscription.

As reported by the Verge, Tumblr Post Plus lets creators offer a “$3.99, $5.99, or $9.99 per month subscription, which will give readers access to any posts they decide to designate as for subscribers only.”

For now, the feature is only available for select creators in a “limited beta,” and Tumblr will take a 5% fee from subscriptions. If readers subscribe through the iOS or Android apps, as it’s expected, those platforms will charge 30% App Store fees.

Tumblr was bought in 2019 by Automattic, which runs WordPress.com. After that, not much changed with the app, as the mother company is expanding its size with new acquisitions as Pocket Casts and the “Day One” app.

With so little changing with Tumblr, even its hardcore base seems to be leaving the platform as it now has 11.3 million daily posts, down from 14.8 million this time in 2020 and over 67.7 million in 2012.

Following the same path, Twitter is another company that never charged a subscription and is now starting to offer a bunch of different ways for people to engage with the platform and creators.

Over the past few months, Twitter introduced Tip Jar feature to let users tip their favorite creators, Ticketed Spaces, where only those who buy a ticket can listen to a Spaces, and the company is slowly rolling out Twitter Blue, a “Plus” version of the social network with a few tweaks.

Is there any creator on Tumblr that you plan to support with Post Plus? Tell us in the comment section below.