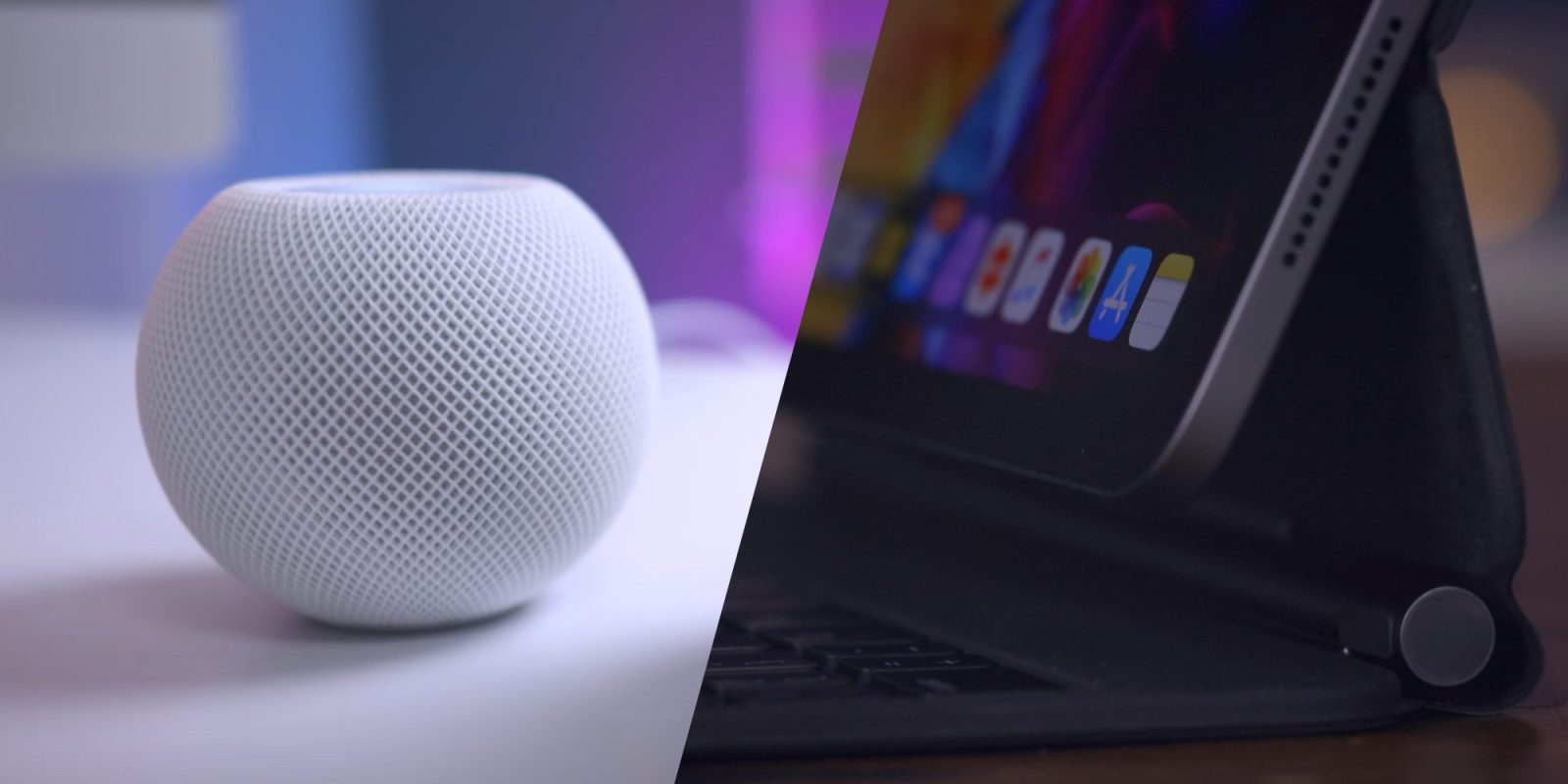 All of today’s best deals are now in, headlined by $199 off nearly all of Apple’s previous-generation iPad Pros in a notable clearance sale. That’s alongside a rare discount on HomePod mini, as well as $129 off Apple Watch Series 6. Hit the jump for all that and more in the latest 9to5Toys Lunch Break.

Best Buy is currently taking $199 off nearly the entire lineup of previous-generation Apple iPad Pros. Dropping prices as low as $700 for the 11-inch 64GB model, you’ll be able to score the best prices of the year on 12.9-inch offerings, as well.

Apple’s previous-generation iPad Pro delivers a familiar edge-to-edge display with either 11- or 12.9-inches of screen real estate on top of Face ID, USB-C connectivity, and 10-hour battery life. You’ll also enjoy more recent additions like 12 and 10MP rear lenses backed by a LiDAR scanner, as well as Wi-Fi 6 support and more. These discounts are ideal for those who don’t need Apple’s latest and greatest and want to cash in on the savings while still taking full advantage of iPadOS.

We’re tracking a pair of notable HomePod mini offers today, delivering Apple’s latest Siri-enabled smart speaker at one of the best prices of the year. First up, Sam’s Club members can currently score HomePod mini for $90. Or for those who aren’t a member, you can score an open-box condition model for $90, no membership needed. In either case, that works out to a rare discount, the lowest in months, and the third-best to date.

HomePod mini delivers a compact way to bring Siri, Apple Music, and smart home control to your space in a familiar, fabric-wrapped design. Alongside a black or white colorway, there’s a touchpad at the top to adjust audio playback, as well as quick music handoff, thanks to the inclusion of Apple’s new U1 chip. In the case of the open-box model, it comes backed by a one-year warranty. Get a closer look in our coverage over at 9to5Mac.

Apple Watch Series 6 arrives as the brand’s flagship wearable, delivering all of the usual fitness tracking features alongside an integrated blood/oxygen sensor. Alongside an even brighter always-on display, you’re also looking at the inclusion of the new U1 chip and faster charging times. Plus, with the upcoming release of watchOS 8 (public beta now available), you’ll be able to monitor respiratory rate while sleeping, set multiple timers at once, and try out all of the other new features. Get a closer look in our hands-on review

Amazon is offering the all-new Apple TV 4K 64GB for $180. Down from $199, today’s deal marks a new low at Amazon. If you’ve been wanting to pick up a new Apple TV, but don’t like paying full price, today’s your chance. The latest Apple TV delivers a powerful A12 Bionic processor, allowing you to enjoy HDR and Dolby Vision at up to 60FPS. Plus, with HDMI 2.1, Wi-Fi 6, and Thread support, this Apple TV is well-connected throughout your home. You’ll also find 64GB of built-in storage, allowing you to leverage Apple Arcade for gaming. Of course, you’ll also score the all-new Siri Remote included with today’s purchase, which can be picked up separately on sale for $50 right now, something that owners have been loving since it launched. Get a closer look in our hands-on coverage right here.

After being announced earlier in the year, Samsung’s latest selection of unique Frame 4K TVs are now going on sale for only the second time. Over at Amazon, you’ll find the Samsung 65-inch 2021 Frame 4K TV for $1,698. Also available in 43-inch for $898. Normally fetching up to $2,000, you’re looking at $302 in savings with today’s offer marking only the second discount and the second-best price to date. Arriving as one of the more unique ways to upgrade your home theater, Samsung’s latest Frame TV sports a novel design that blends into the rest of your home decor. Ditching the usual black plastic bezels, it’s wrapped in wood to pull off the picture frame look. To help with that, there’s an art mode which joins a robust list of smart features headlined by AirPlay 2 support. Four HDMI ports round out the package.