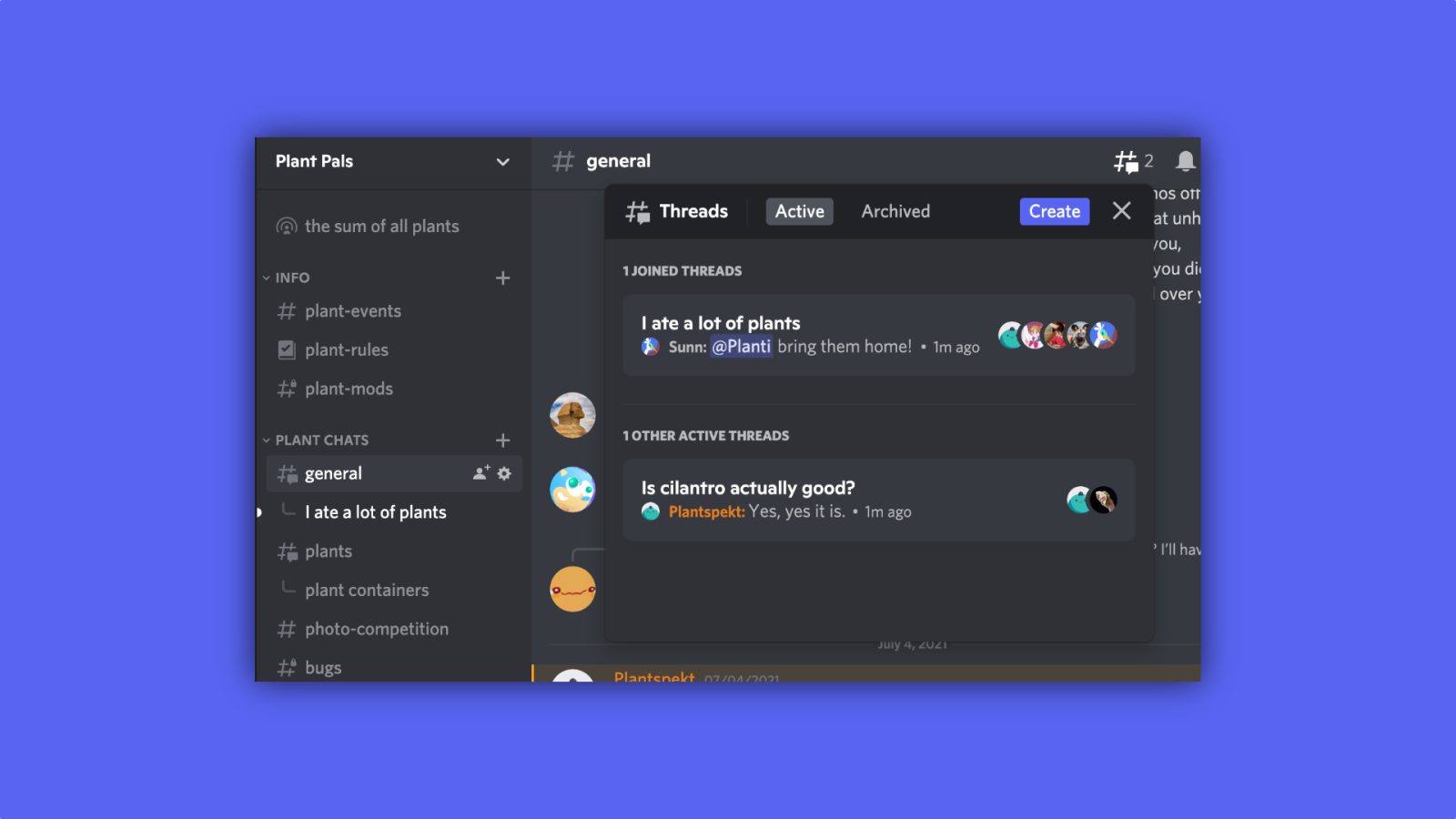 Threads are available on multiple platforms, like iMessage, Slack, and Twitter, but if by any chance you don’t use these platforms, here’s how Discord describes it:

“A Thread is a quick way to branch a conversation off of a channel’s main feed without removing it from the channel itself. When a Thread is posted, every response after the first post appears in a separate feed which allows everyone in the Thread to discuss a topic in more detail without interrupting the main conversation. After a certain period of inactivity — 24 hours by default — the Thread is archived, clearing away the clutter for everyone visiting the channel.“

Discord gives a #football channel as an example. If people start talking about rugby, community members can quickly take that conversation to a thread within the same channel. Once the rugby chat’s died down, the thread auto-archives.

Any new message can be the start of a brand-new thread on Discord by pressing the “+” button. Whether you want to start one from an existing message, simply hover over it, choose the “#” button in your chat bar, and select the “Create Thread” option.

When you open a thread from within the channel’s chat log, it will pop up into a split-view panel on the right rather than pulling you away from the current channel. However, active threads will also appear in the Channel List, and clicking one there will bring you to a full-screen version.

For Servers that are boosted to at least Leve 2, it’s possible to create Private Threads on Discord. With that, they don’t appear within a server’s channel listing or Threads Directory. In fact, they’ll only appear for someone if they’re added manually or are @mentioned within the thread itself.

Tier 2 Boosted servers can also increase how long a thread stays active until it’s auto-archived, up to one week instead of 24 hours.

Discord is also introducing the ability to moderate these threads::

Bots will also be able to moderate the content within a thread when they’re updated. Some of the most popular bots, such as ProBot and Arcane, are already prepared to moderate within Threads, along with the discord.js and discord.py libraries.

The Threads feature is available on the web, macOS, and iOS apps, as well as on Android and Windows PCs.