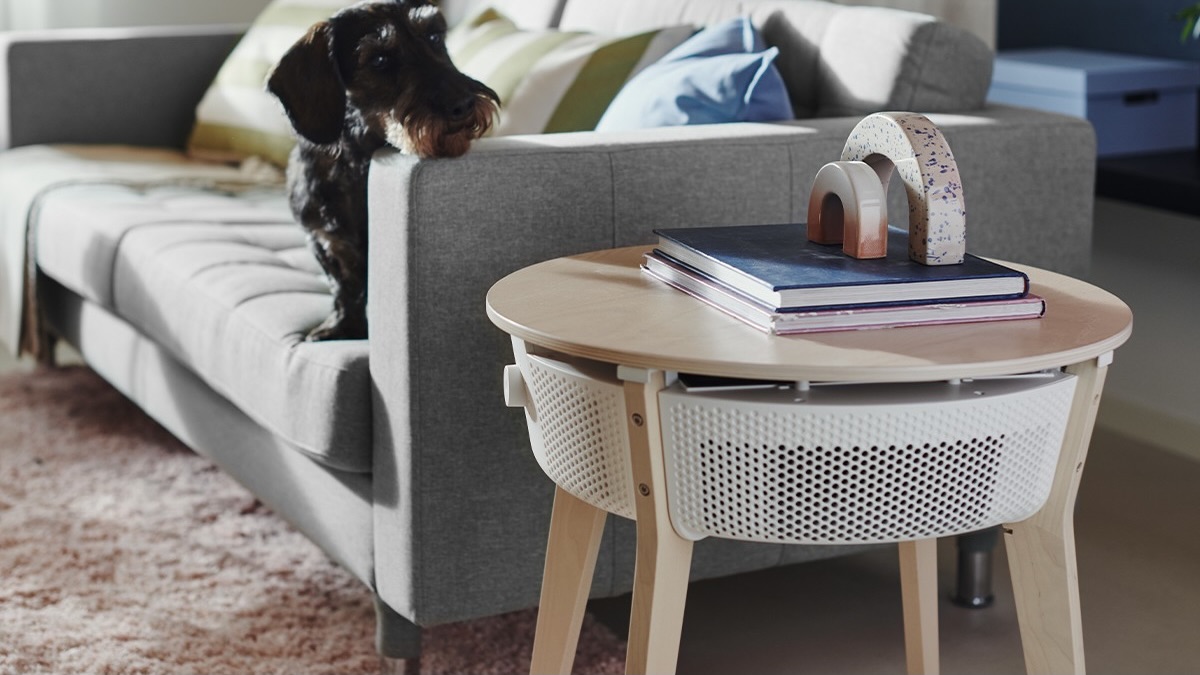 Ikea this week announced its first-ever smart air purifier, dubbed the Starkvind. Available in October, the Starkvind will come in two different designs, and according to a report from HomeKit Authority, it will support integration with HomeKit and Apple’s Home app.

In the press release announcing the Starkvind air purifier, Ikea explained that it will be available in a floor-standalone model and a side table model, designed to “meet different tastes and needs.” The company explained:

STARKVIND air purifier has a 3-filter system. The pre-filter captures big particles such as hair and dust. The filter for particle removal is optimized to filter away approximately 99.5% of smaller airborne particles such as PM2.5 particles, dust, and pollen. The filter for gas cleaning absorbs various gaseous pollutants such as formaldehyde and other VOCs and reduces unpleasant odors such as from smoking and cooking.

STARKVIND air purifier has five different fan speeds and an auto-mode. In auto mode, it will adjust the fan speed correlated with the amount of PM2.5 in the air with a built-in air quality sensor.

One detail that the press release glossed over, however, was specific information about smart home compatibility. The press release simply indicates act the Starkvind will connect to Ikea’s Tradfri smart home gateway for control with the Ikea Home application.

The company confirmed to HomeKit Authority, however, that the Starkvind smart purifiers will also support integration with HomeKit and Apple’s Home app, as well as Google and Amazon smart home platforms. Ikea’s promise, however, should be treated with some skepticism, especially given how long it took HomeKit support to roll out to the Ikea smart blinds last year.

Sales of the Starkvind will begin in October, with the standalone unit going for $129 and the side-table combo going for $189. Do you plan on picking up the Ikea smart air purifier? Let us know down in the comments.