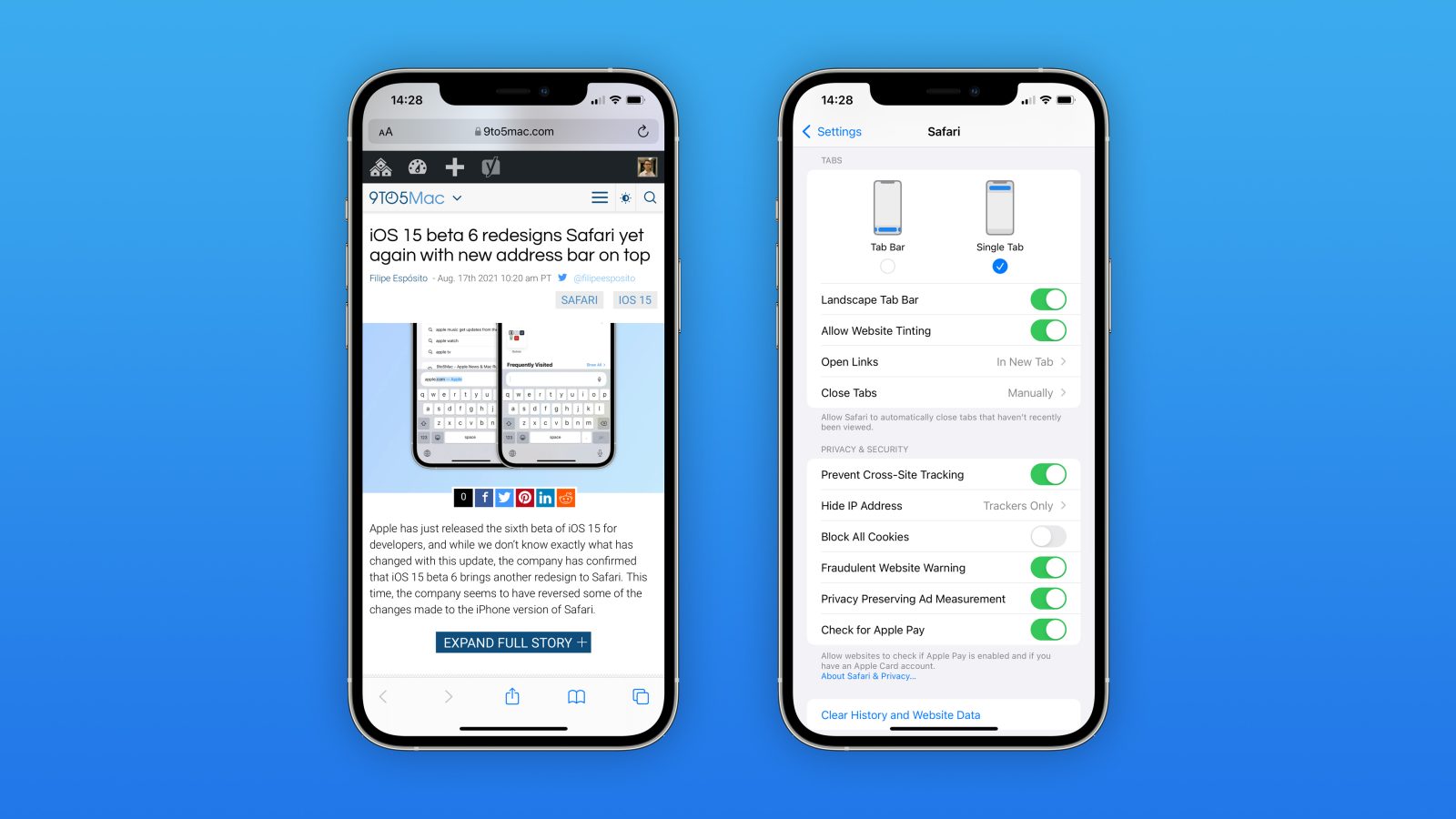 24 hours after releasing it to developers, Apple is today releasing the latest iOS 15 beta for public beta testers. Apple refers to this as iOS 15 public beta 6, and the audit includes continued changes to the controversial Safari design and more.

Update: Apple is also rolling out a new public beta of watchOS 8.

The latest iOS 15 beta includes continued changes to the controversial Safari redesign, reversing some of the changes made to the iPhone version of Safari. Apple explains:

The bottom tab bar has been redesigned to appear below page content. An option to show the address bar at the top is also available.

The new iOS 15 beta also disables the SharePlay feature, with Apple saying the feature has been delayed and won’t be available until a future update to iOS 15 this fall.