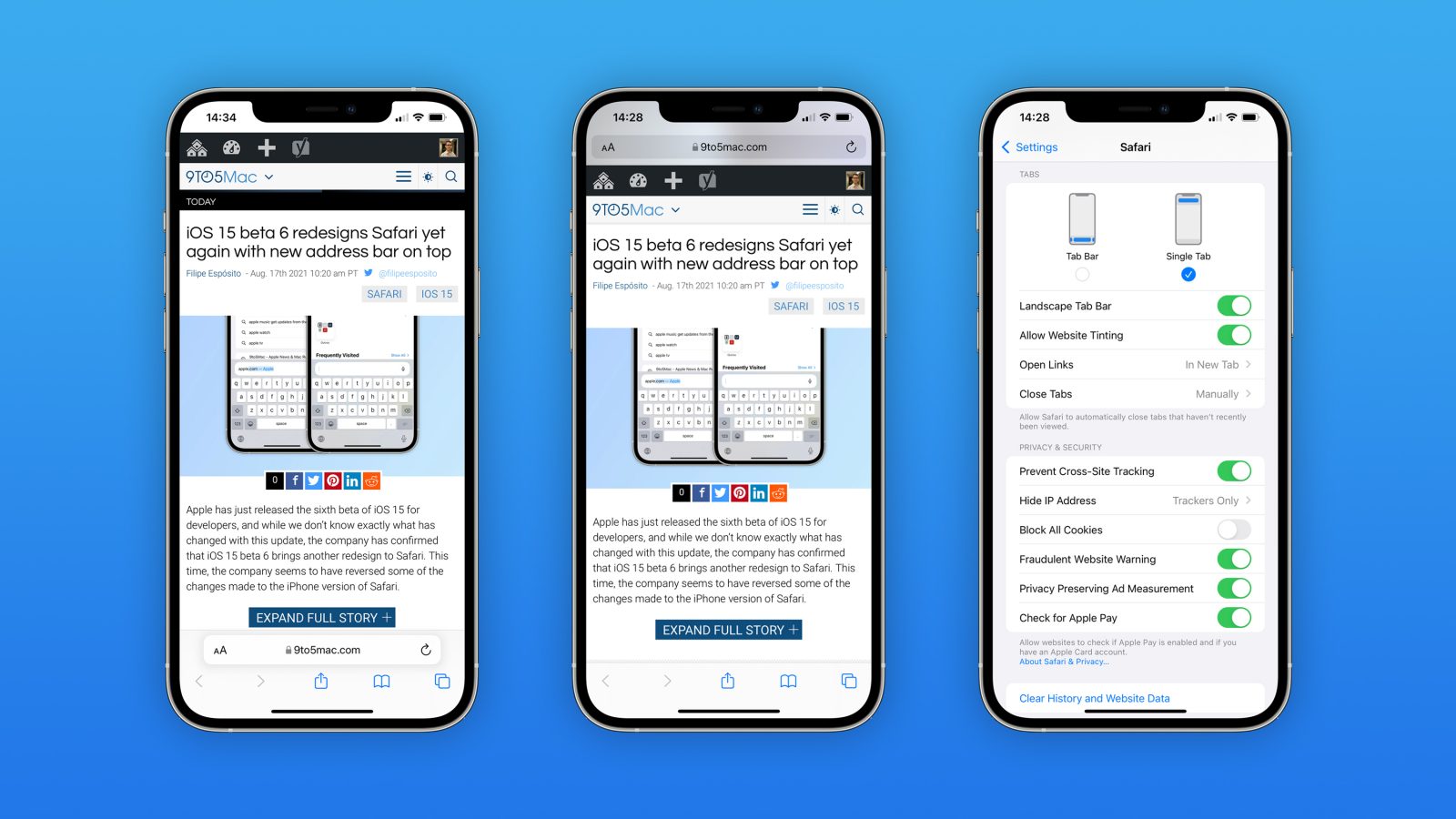 Apple has just released the sixth beta of iOS 15 for developers, and while we don’t know exactly what has changed with this update, the company has confirmed that iOS 15 beta 6 brings another redesign to Safari. This time, the company seems to have reversed some of the changes made to the iPhone version of Safari.

According to the release notes for iOS 15 beta 6, today’s update brings an option to show the Safari address bar at the top. Previous versions of iOS 15 introduced a new address bar that floats at the bottom of the screen, which caused several users to be unhappy with the new Safari.

The bottom tab bar has been redesigned to appear below page content. An option to show the address bar at the top is also available. (81118141)

Because of Safari’s new layout, multiple buttons have been hidden from the main app interface, such as the refresh page, bookmarks, and share buttons. Following the feedback from users, Apple has added some of those buttons back to the iPhone Safari address bar with iOS 15 beta 3.

Now the company is moving back to a more familiar interface for users that looks like Safari in iOS 14 and earlier versions of the operating system. When you go to Safari preferences in the iOS Settings app, there’s a new menu to choose between the unified address bar at the bottom of the screen or the classic Safari design.

Interestingly, even if you opt for the new design, Apple has made some changes to it in order to bring back some of the classic navigation buttons. Apple had already added similar options to Safari in iPadOS 15 and macOS Monterey with previous betas.

While the company is not completely giving up on the new Safari design, it’s clear that most users seem not to have approved it as the old design is coming back as an option — which is quite unusual for Apple.