Facebook launches Reels in the US to compete with TikTok 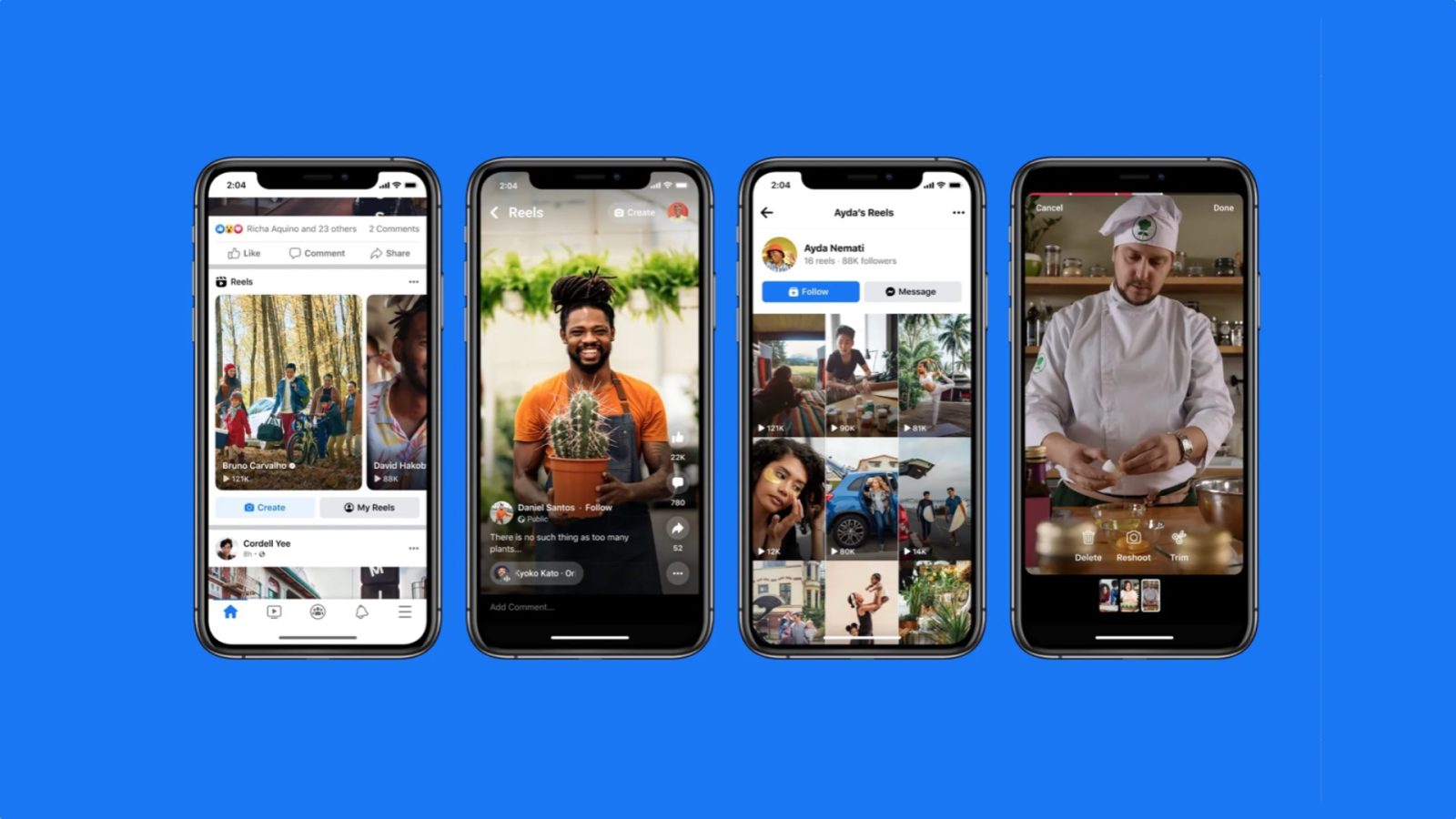 Facebook announced today that it’s bringing its popular Reels function from Instagram to its main app for some US users. According to a report by the Verge, Facebook Reels will “show up for some users in the News Feed and within Groups, where people can watch them together.”

People can watch and create reels from the Facebook app, and the feature is designed to give people a way to “express themselves, discover entertaining content, and to help creators broaden their reach.” As justification for the test, Facebook says nearly half of time spent on the app is dedicated to watching videos, and that Reels is growing “especially quickly.”

Facebook is trying to compete with the growing influence of TikTok, which is the only non-Facebook app to reach 3 billion downloads in app stores. TikTok was also the most popular social app in 2020.

As you likely remember, when Facebook started to copy Snapchat’s Stories feature, the social network added it to all of its social media apps: Facebook, Messenger, Instagram, and WhatsApp. Only Messenger has lost its Stories ability for now.

Since TikTok-like videos are growing in popularity, it’s unsurprising that Facebook is introducing Reels to its main app.

Facebook said to the Verge that “it’ll spend $1 billion on Facebook and Instagram creators through 2022 but adds that it’ll also ‘roll out additional bonus programs and seed funding’ in the coming months, particularly aimed at Facebook Reels.”

Would that be enough? What do you think? Tell us in the comment section below.