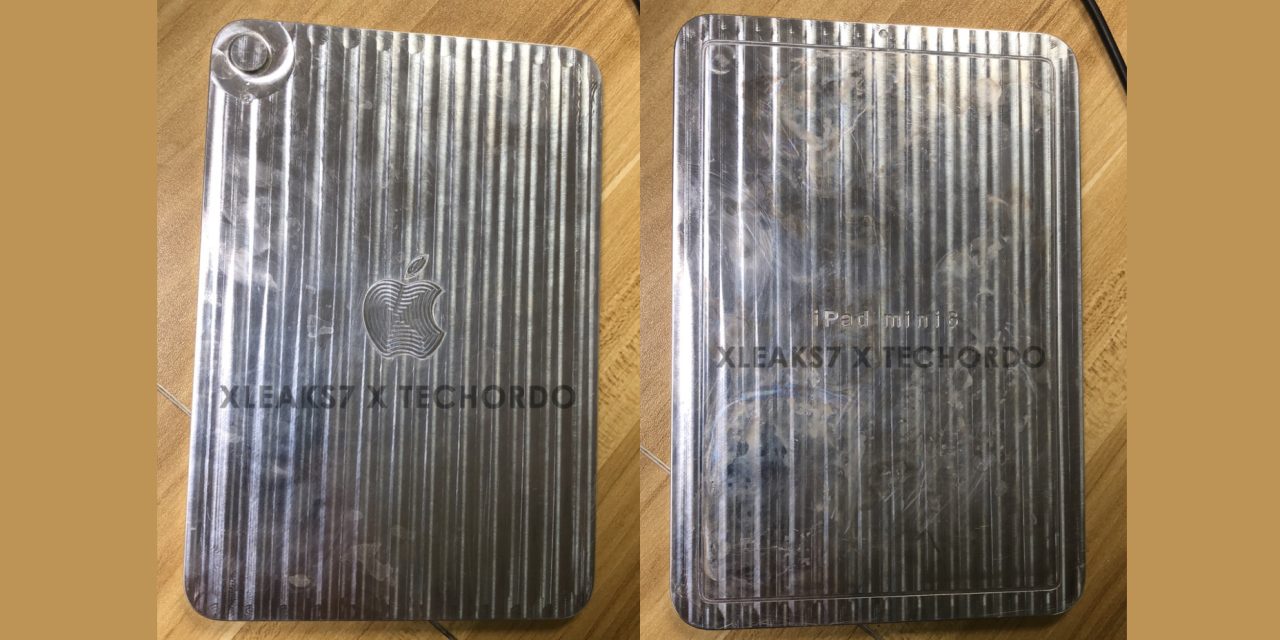 As we approach Apple fall product season, the rumors and supply chain leaks just keep coming. This time, we get a look at the new iPad mini industrial design thanks to alleged aluminium case molds photographed by website Techordo; these are typically used by case manufacturers to produce accessories for Apple’s upcoming devices before they are available.

In line with previous leaks and 9to5Mac’s exclusive reporting, the iPad mini 6 design depicted by these molds looks a lot like a smaller iPad Air, with the removal of the Home Button in favor of a full-screen design featuring symmetrical, thin, bezels and a Touch ID power button on the side.

The iPad mini 6 will represent a major step in the evolution of the iPad mini’s product line which has not really changed its industrial design ever, since it was first introduced in 2012.

As reported by 9to5Mac, the iPad mini 6 will sport an A15 processor, likely making it the fastest non-Pro iPad. It will also support the second-generation Apple Pencil like its iPad Pro and iPad Air siblings, with a space for magnetic attachment of the stylus on the side of the case.

The new iPad mini is expected to be announced and released sometime in the fall.

Apple is also expected to be readying a slimmer design update for the base model 9.7-inch model, in addition to giving it a processor spec bump, as previously reported by Bloomberg. However, it will surely be the radically-new iPad mini getting all the attention.