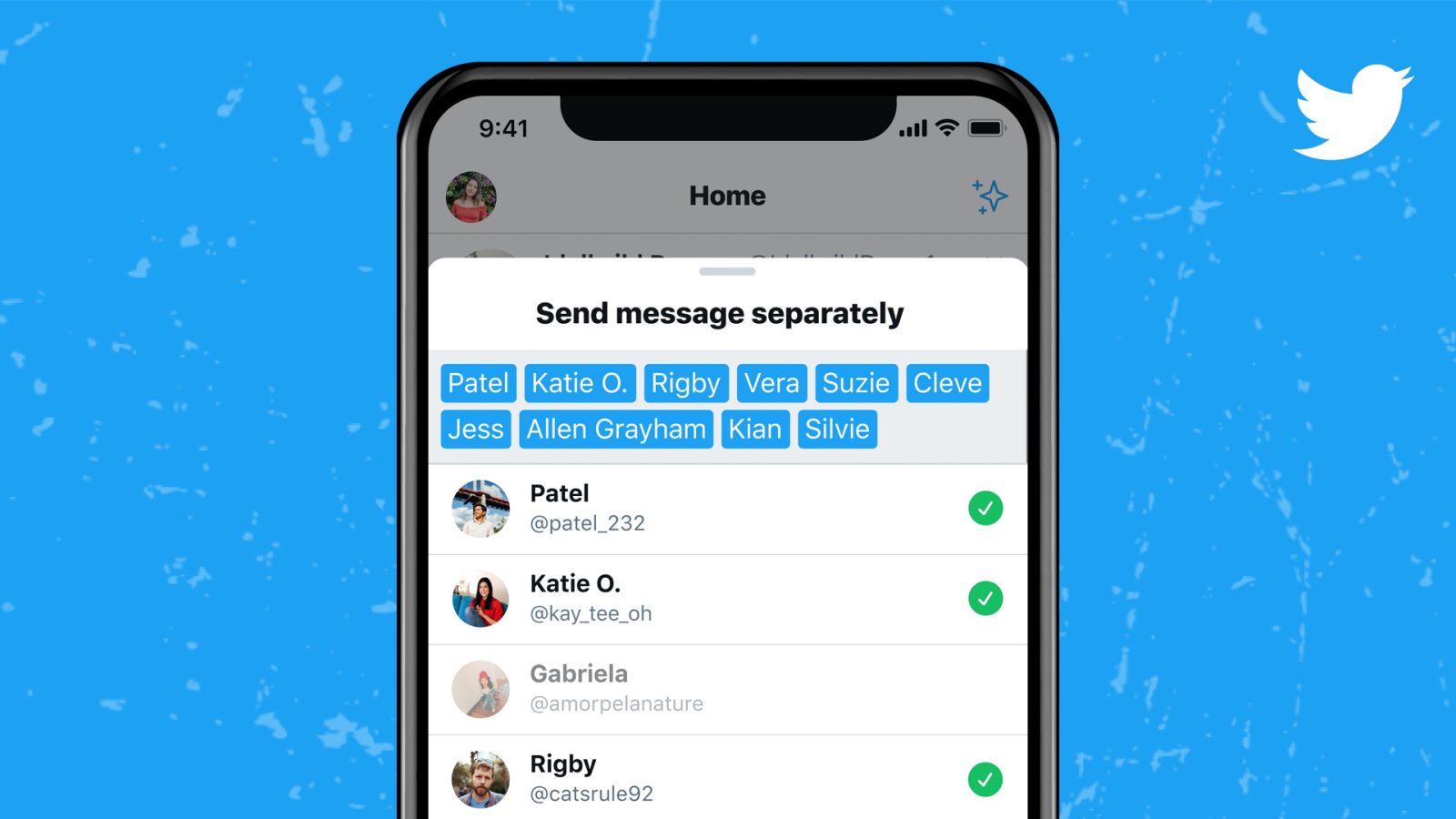 Twitter announced some updates on Thursday to how users send direct messages to multiple accounts at once. More specifically, the social network is now including the option to send the same DM to two or more profiles in separate conversations rather than creating a new group.

Previously, if you selected multiple accounts before sending a direct message, Twitter created a message group with all of these accounts. With this new update, users will be able to choose to send the message to each account separately, rather than in a group.

The feature was announced through the @TwitterSupport account on the social network (via the Verge). The company also mentioned that messages can be sent in up to 20 separate conversations at once.

No more (awkward) accidental group chats when you DM a Tweet to multiple people. Now you can share the same Tweet in up to 20 different DM convos, separately.

In addition to this new feature, Twitter is also adding other options and enhancements to its DM system. For instance, users will now find a button to quickly scroll to the last message sent in a conversation. Users will also find the option to react to a message when using long-press, and it is now easier to find a conversation by date.

Earlier this week, Twitter announced that developers will be able to add Spaces to the social network’s third-party clients, thanks to an update to Twitter’s official API. The company also recently added support for Sign in with Apple and co-host for Spaces.

Twitter says the new DM features are now being rolled out for iOS users and will soon be available on Android as well.