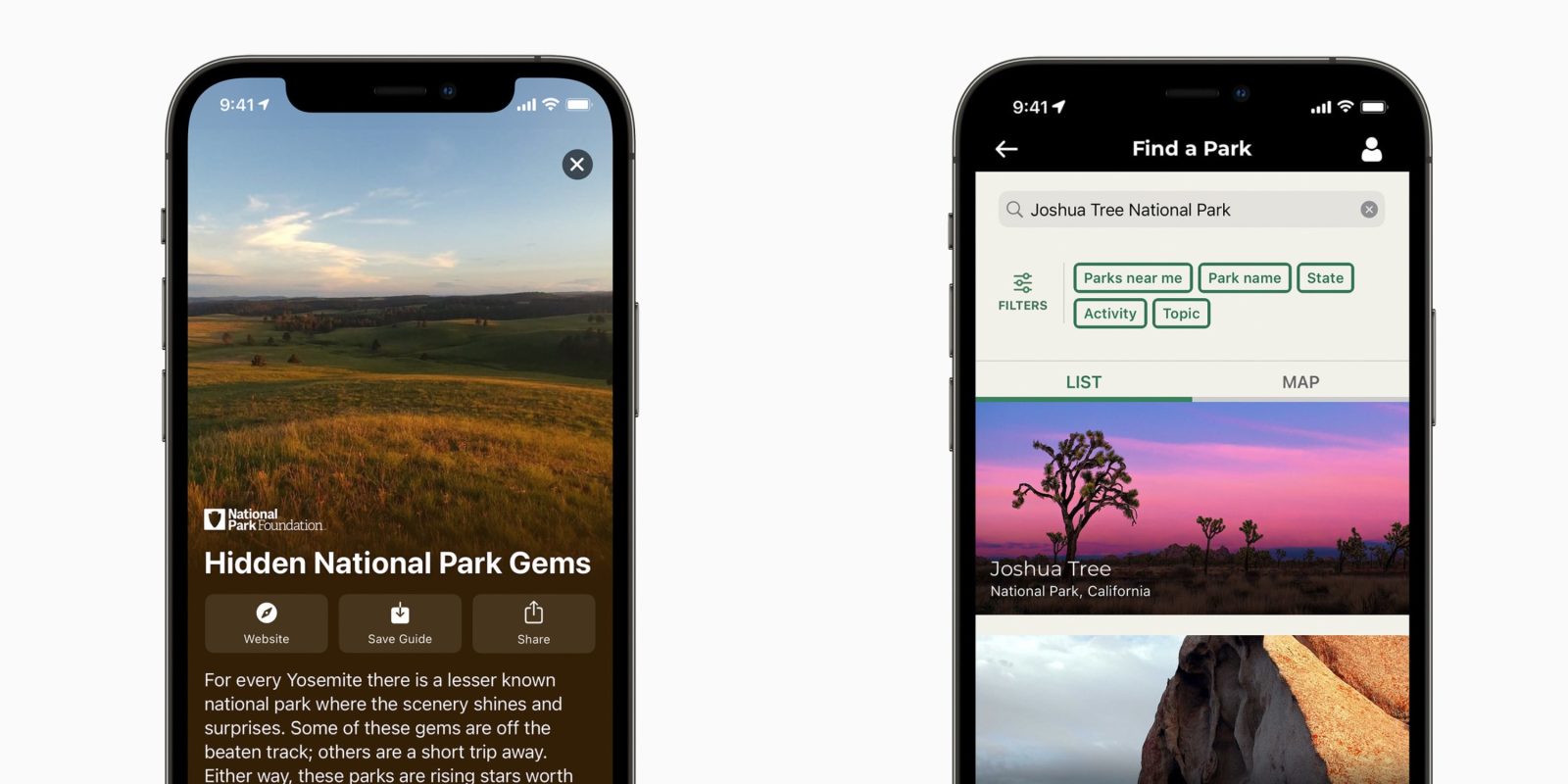 Earlier this week a new promotion launched that sees Apple donate funds to the US National Parks when customers use Apple Pay and we previously reported about the upcoming Apple Watch Activity Challenge. Now Apple has shared the other ways it is celebrating the 105th anniversary of the National Parks.

Apple highlighted the National Parks in a Newsroom post today. Along with the Apple Pay donations and Apple Watch Activity Challenge, Apple is using Apple Maps, the App Store, Apple TV app, and more to celebrate the parks’ anniversary:

As the US National Park Service turns 105, Apple today is sharing new ways for customers to learn about and celebrate America’s parks. This week through August 29, Apple will make a $10 donation to the National Park Foundation for each purchase made with Apple Pay on apple.com, in the Apple Store app, or at an Apple Store in the US. An Apple Watch Activity Challenge and special content collections will also let customers explore the parks, or celebrate them from home. These collections will be available on Apple Maps, in the App Store, the Apple TV app, and on Apple Podcasts, Apple Books, and Apple Music.

CEO Tim Cook shared his thoughts on the occasion:

“With every passing year, our national parks only become more precious,” said Tim Cook, Apple’s CEO. “We’re honored to play a small role in helping even more people explore the parks, learn about their history, and renew their love and appreciation for the planet we share.”

Check out everything Apple is doing to celebrate in the full Newsroom post here.