Concept: Quick note-style apps are the key to the iPad’s more productive future 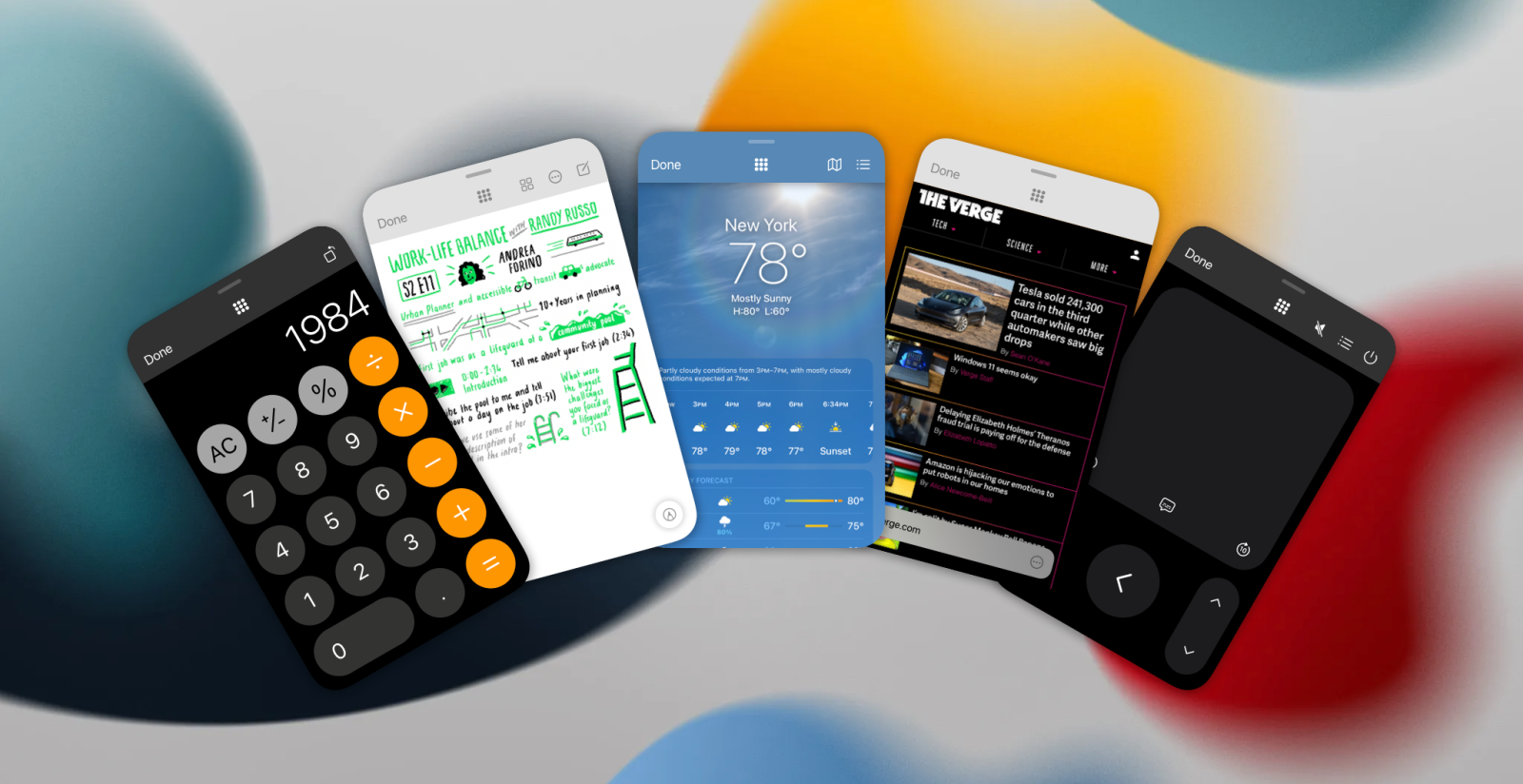 When Apple unveiled iPadOS 15, lots of iPad power users were disappointed that larger changes weren’t made. But one feature has become quite popular and that’s quick note. Quick note is the first applet that can freely float and resize over other full-fledged apps. Quick note is quite useful and fairly smart, letting users add links, rich data, and drawings. But what if this same UI paradigm was used for other tools?

First off, let’s talk about two apps that Apple seemingly refuses to bring to the iPad. Calculator and Weather are two indispensable iPhone apps that users have been crying out for on iPad for years. Why not use the same user interface as quick note to bring these two apps to iPadOS?

When you need a calculator, you’d just swipe out from the corner of the screen. You could quickly do equations and even copy/paste numbers into documents. It’d be particularly useful when working in apps like Google Sheets, Numbers, and Excel.

Weather would be useful when you’re planning a trip or about to run out of your house. Just swipe out from the corner and check the forecast. Now you’re probably wondering how you’d be able to switch between these quick note-style applets. I envision a simple button right below the grabber at the top of the window. Just tap or click on it and you’d get a context menu of other applets.

Apple could offer several built-in applets in addition to calculator, weather, and notes. What if you could open a webpage in a floating Safari window, change your HomeKit controls, move around your Apple TV, and find missing items?

Now there are plenty of apps that don’t make sense for a Quick Note style system like this. Lots of apps are better off remaining full screen or in split view, but I can think of several developers who could build great third-party applets for the Quick Note user interface. An API for developers to build floating little windows would be a huge boon for power users.

This kind of new functionality would effectively enable you to have four apps on the screen at once. Two in split view, one in slide over, and one in Quick Note. Since Quick Note is resizable with a pinch, you could also choose to get more work done with these applets.

What do you think about Quick Note? Do you think Apple should create more Quick Note-style applets? Do you want third-party developers to be able to build their own tools for the system? Let us know in the comments below!