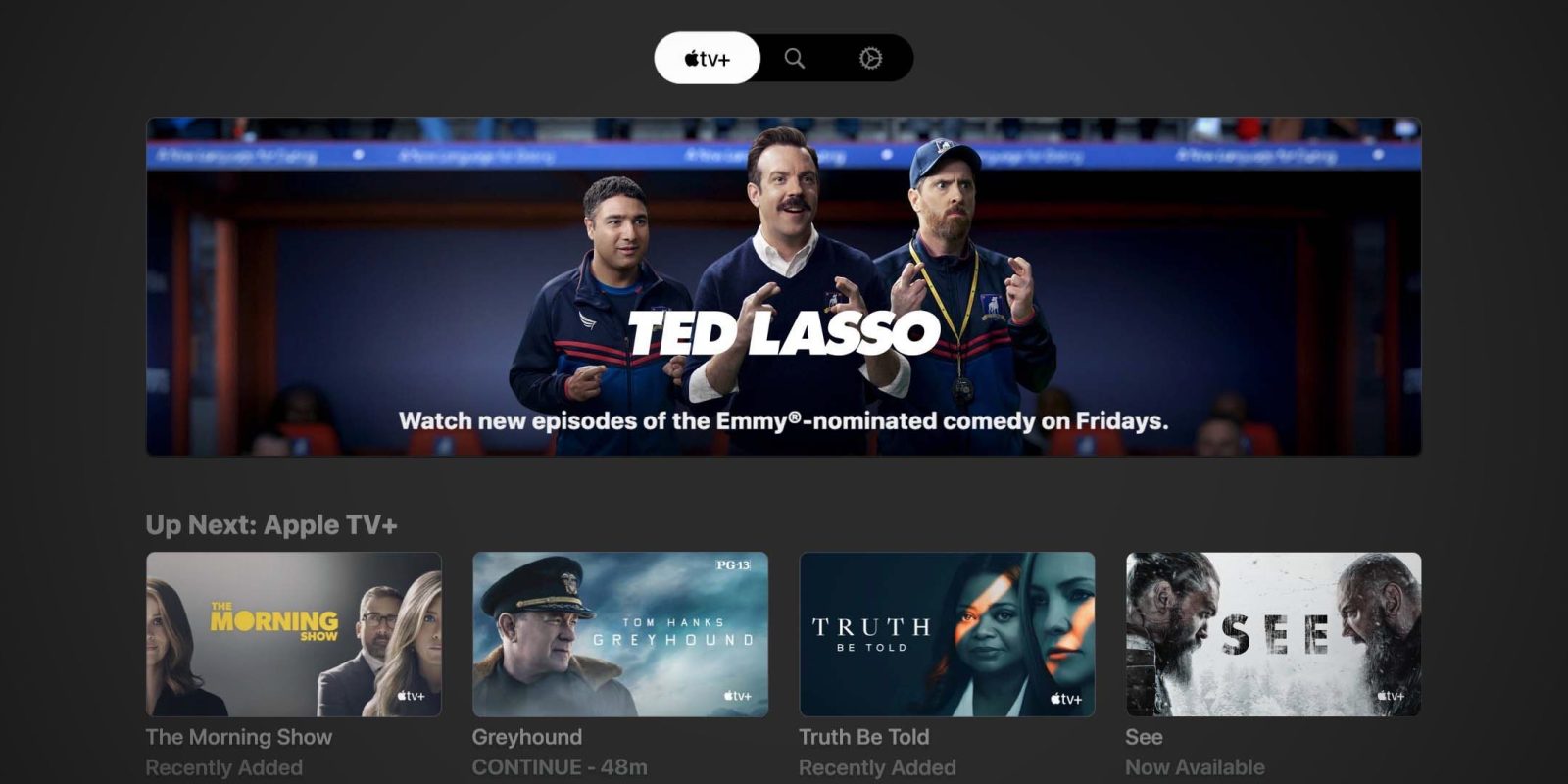 Apple has been rolling out the Apple TV app to many different platforms, including smart TVs, games consoles, and third-party streaming devices like the Amazon Fire Stick or Roku streaming sticks.

The launch was first spotted by FlatpanelsHD, and later confirmed by an LG support document.

The standard Apple TV app is available on 2018 and newer LG webOS TVs. This special Apple TV+ app is targeted at 2016 and 2017 models.

Although the name and logo is different, the actual app experience appears identical to the TV app — except that you can only watch TV+ content. The Watch Now and other iTunes Store tabs are simply missing.

Somewhat comically, that means this app has just three tabs in the top navigation — Apple TV+, Search and Settings. It also means that the Up Next functionality previously found in the Watch Now tab is now awkwardly located as an inline row at the top of the tv+ page.

It is true that many proponents of Apple TV+ — including me — have wanted less focus on the iTunes Store in the TV app in order to focus on the content available to us with the subscription, but this particular stripped-down incarnation is not quite what we had in mind.