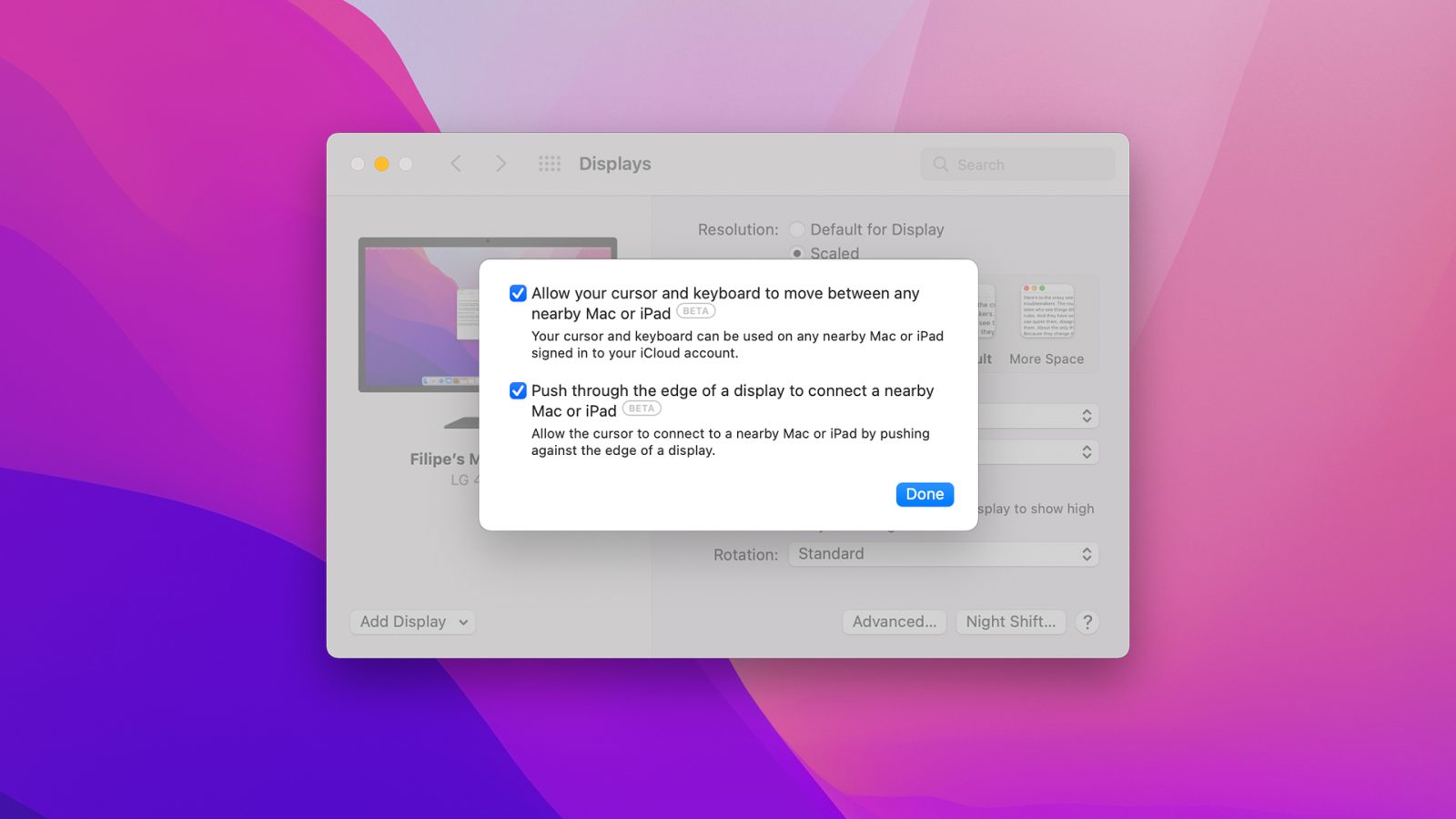 Universal Control is definitely one of the most anticipated features of macOS Monterey, which was announced in June at WWDC 2021. However, this feature was never included in macOS 12 and iPadOS 15 betas, which led us to believe that Apple could delay it to a future release.

Now with macOS Monterey beta 10, Apple has labeled Universal Control as a “beta” feature, although it is still unavailable to users.

As the official release of macOS Monterey approaches (and iPadOS 15 is already available to users), Apple has made some slight changes to the Universal Control settings panel, which is now considered “beta.”

9to5Mac was able to notice these changes by forcibly enabling Universal Control on a Mac running macOS Monterey beta 10. Now when you go to the Display settings in the System Preferences app, there is a label indicating that Universal Control can be enabled, but as an unfinished feature that may not work as expected.

Apple will hold a special event on October 18 to announce new Macs and possibly the official macOS Monterey release date.