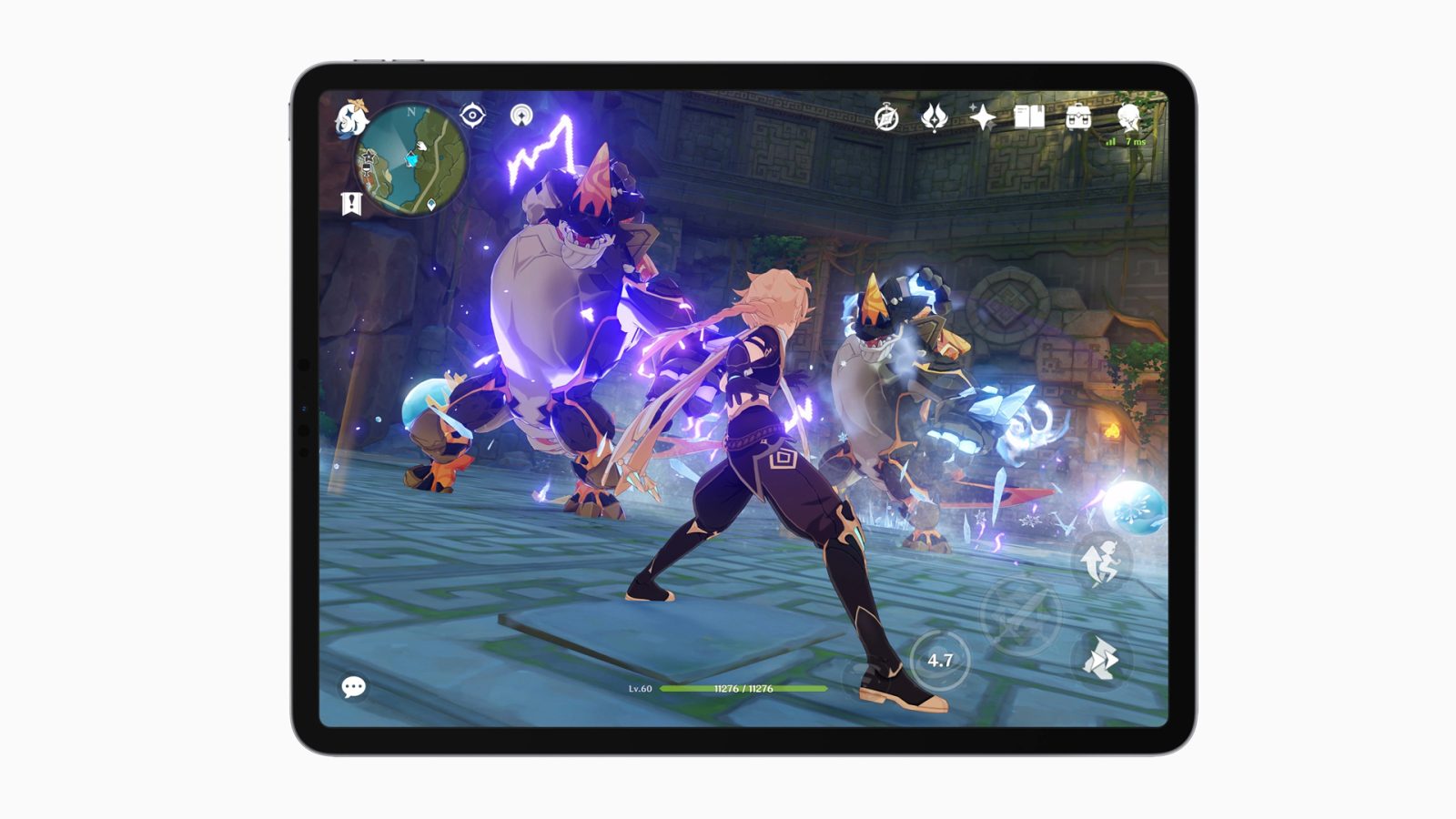 The popular role-playing game Genshin Impact received a major update this week with new character, more areas, events, and weapons. However, the update also brings a new 120 FPS mode to the iOS version of the game, which now takes advantage of the ProMotion display on the iPhone 13 Pro and iPad Pro.

Since iPhone 13 Pro, iPhone 13 Pro Max, and iPad Pro (2nd generation and later) feature ProMotion display, which enables variable refresh rate up to 120Hz, developers can update their apps and games to run at 120 frames per second. Now Genshin Impact is one of those games ready for ProMotion technology with higher frame rates.

Interestingly, as noted by Tecnoblog, these are the first devices that can run Genshin Impact at 120 FPS. The game is also available for Android, PlayStation, and Windows, but users can only find 30 and 60 FPS modes when running Genshin Impact on those platforms.

Earlier this WWDC 2021, Genshin Impact was chosen as the best game in the “Visuals & Graphics in Games” category at the Apple Design Awards. Apple says the game has “heart-pounding battle scenes and far-reaching landscapes push the visual frontier for mobile gaming.”

Genshin Impact is available for free on the App Store with in-app purchases.