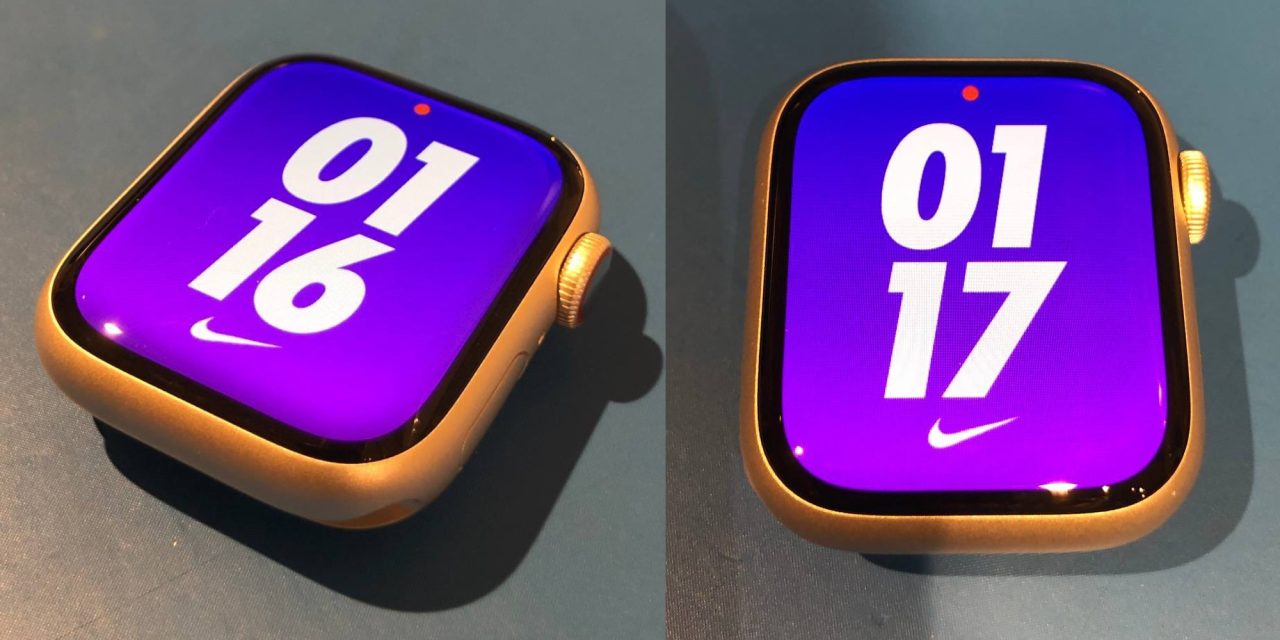 By the weekend, some Apple Watch Series 7 customers already got the message saying the product was “Preparing to Ship.” On Monday, Apple started shipping them, and now some of these orders are arriving at customers’ houses ahead of official launch tomorrow.

This time, Italian journalist Domenico Panacea shared on his Twitter the new 41mm Apple Watch Series 7 Nike edition that his friend was able to get his watch a day before the official launch.

Since it’s a Nike edition, this Apple Watch Series 7 has an exclusive Watch Face, which merges really well with the bigger display on the Watch.

According to Domenico, this Watch was ordered through a local store in Italy, so it shipped a bit early. The same happen this year, in the US, with the M1 iPad Pro. Although customers were able to take a first look at the Watch thanks to journalists’ and YouTubers’ reviews, this is one of the first Nike Edition Apple Watch Series 7 to be spotted in the wild. Not only that, it’s the new Starlight color, while most journalists got Green or (PRODUCT)RED.

For Apple Watch Series 6 owners, this new model brings a minimum upgrade as it only improves screen and charging speeds. Older owners will get an even brighter screen, a more powerful processor, and, at least, one new sensor that measures blood oxygen.

You can learn some tidbits about Series 7 here and more about its charging puck here.

Below, you can find a thread with some photos and videos of the new Watch. What did you think of it? Are you getting the new Series 7? Tell us in the comments section below.