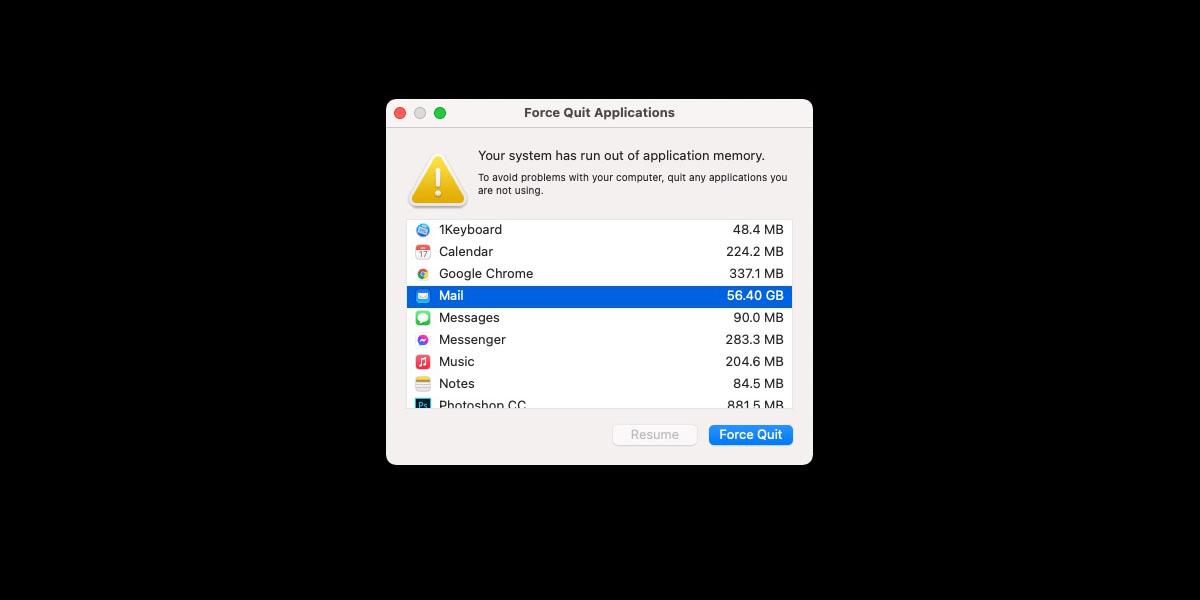 The exact behavior varies. In the worst of cases, a user cannot change focus from the alert window, requiring a forced restart …

Dismissing the window achieves nothing as it will immediately reappear. In my own case, I had one forced restart, and after that could just shove the window out of the way and continue to use other apps.

I initially couldn’t see any reason for it until a colleague noticed that the memory usage for Mail was in gigabytes, not megabtyes!

On my M1 Max 16-inch MacBook Pro with 32GB unified memory, it climbed well above 32GB before Mail crashed – in one case indicating more than 100GB. Other users have seen the same thing with other apps.

I’m running macOS 12.0.1, which is the latest release version of Monterey.

I haven’t yet seen enough reports to know whether this is a specific issue with Apple Silicon Macs, or whether Intel machines are also affected. I haven’t seen the error on my own Intel MBP 16. It’s nothing specific to the new MacBook Pro, as it has been seen on other machines.

Have you seen the same error? If so, please comment below with your machine configuration.