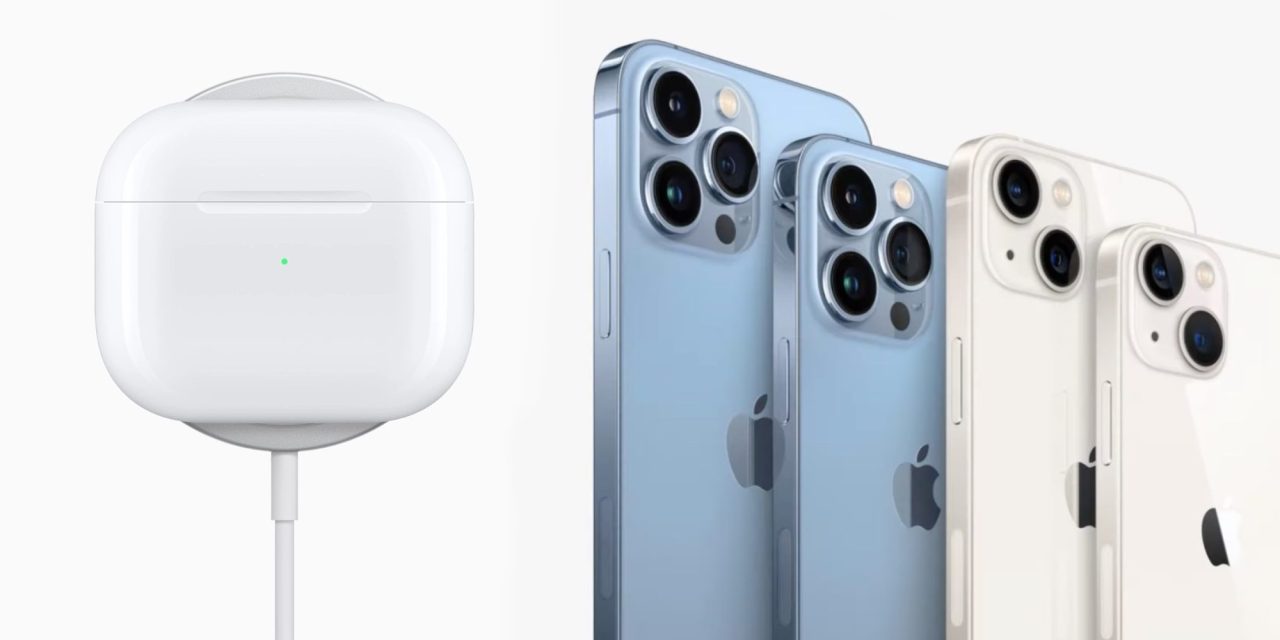 Heading into the weekend, all of today’s best deals are now up for the taking and headlined by a pre-paid iPhone 13 promotion at $200 off. That’s alongside Apple’s iPad Pro Smart Keyboard Folios from $98 and this ongoing AirPods Pro with MagSafe Charging Case sale. Hit the jump for all that and more in the latest 9to5Toys Lunch Break.

Save on pre-paid iPhone 13 handsets

Visible Wireless is now discounting unlocked pre-paid versions of Apple’s new iPhone 13 handsets with up to $200 in bundled credit. Entering in the form of a $200 gift card to a retailer of your choosing, this is only the second notable pre-paid offer we’ve seen.

The all-new iPhone 13 series arrives as Apple’s best smartphones yet, powered by the new A15 Bionic chip. Alongside improved battery life, there’s that same squared-off design as last time around to pair with the Super Retina XDR display in one of four sizes. There’s also an upgraded camera experience with a new Cinematic mode and improved sensors.

After being announced last month, Amazon is now discounting the all-new Apple AirPods Pro with MagSafe charging case for one of the first times. Dropping to $190, you’re looking at $59 in savings from the usual $249 price tag and a new all-time low.

If you’re still rocking one of Apple’s previous-generation iPad Pros and have no plans to upgrade anytime soon, grabbing this discounted accessory will let you breathe new life into the package. It delivers physical keys to upgrade your typing experience and magnetically snaps onto the back of your iPad Pro. Its use of the built-in Smart Connector means you won’t have to worry about charging. Learn more in our hands-on review.

After being announced earlier this fall, Amazon is now offering the very first discounts on its new in-house Omni Fire TV editions headlined by the 55-inch model at $410. Down from $560, you’re looking at the first notable discount alongside $150 in savings and as you’d expect, a new all-time low. You can also save $150 on the 50-inch model at $360.

As Amazon’s very first in-house televisions, the Omni TV lineup arrives with 4K panels in either of the discounted sizes alongside HDR 10, Dolby Vision, and more. Its onboard Fire TV features are much the same as we’ve come to expect, and is supplemented by the Alexa Voice Remote for finding all of the content across various streaming services. Amazon also notes that AirPlay 2 will soon be arriving on the Omni Series, as well.

As one of the more recent additions to the elago lineup, its new Charging Hub Duo couldn’t have entered at a better time now that both the iPhone 13 and AirPods support MagSafe. With a silicone build, the mount has room to slot in a pair of Apple’s official MagSafe chargers with built-in cable management and services as a great way to streamline your nightstand or desk setup.