AirDrop IRL: Audio captures moment when pilot drops iPhone on the runway (and it still works) 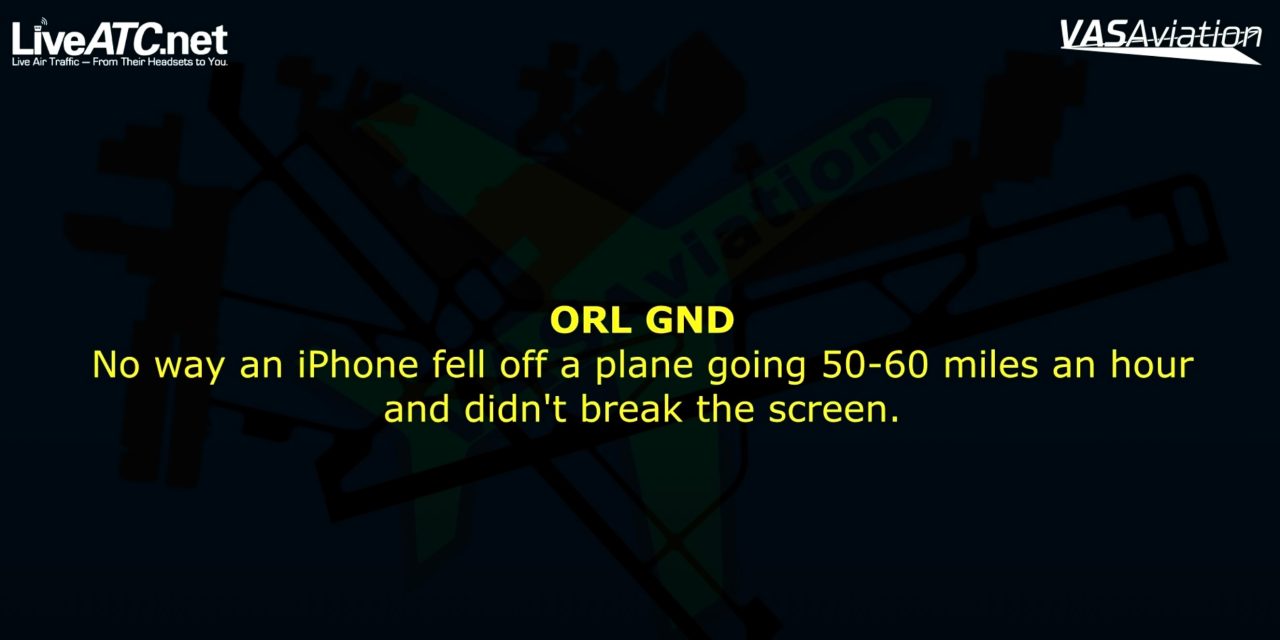 Over the years, we’ve seen a number of stories about iPhones surviving time spent at the bottom of lakes, and sometimes even rescued from a canal using MagSafe. A new story this week features a humorous interaction between air traffic control agents at Orlando Executive Airport when it’s revealed that a pilot dropped their iPhone on the runway during takeoff.

The story begins when air traffic tower control is informed that a pilot flying a Seminole aircraft dropped his iPhone on the runway.

Operations 2: I’m holding at A8, holding short of runway 7. I’ve got a pilot from a Seminole who says he dropped his iPhone on the runway.

Air traffic control tower: OK, where at on the runway?

Operations 2: He looked on his satellite and said it’s about a thousand feet down, just to the right of the center line. We’re gonna try to find it.

A few moments later, air traffic control gives the go-ahead to go look for the iPhone on the runway once traffic is clear.

Operations 2: Hey we found it!

Air traffic control tower: Alright… be a good story for Apple if he turns it on and it works.

Next, we meet our newest character: ground control at the airport.

Orlando ground: How shattered is the screen?

Operations 2: No, it’s in perfect shape and it works!

Operations 2: And the satellite thing had it identically where — exactly where it was.

Orlando ground: That thing has gotta be wrapped in like a concrete block or something.

Orlando ground: No way an iPhone fell off a plane going 50-60 miles an hour and didn’t break the screen.

Operations 2: Well, we got a new endorsement here!

Orlando ground: I still don’t believe you. I mean, I’m not actually trying to call you a liar, but I’ve never seen an iPhone fall more than four feet and not break in half.

The full video with the actual audio is well worth a watch/listen and can be found below. Have any similar stories to share? Let us know down in in the comments!