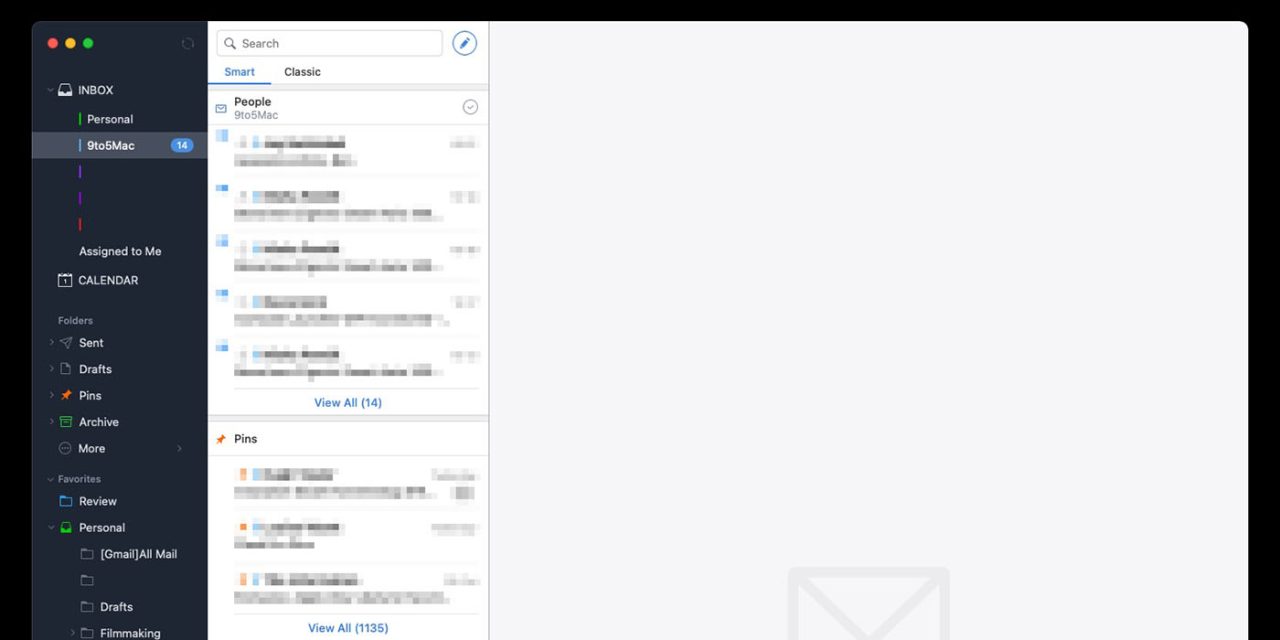 I described the Apple Mail bug I experienced with my new MacBook Pro, which I was relieved to find was not a hardware fault but rather a macOS bug affecting both Apple Silicon and Intel Macs.

It has rendered Mail unusable for now, which led to me trying – and really liking – the Spark email client.

I used to try out new email clients on a somewhat regular basis, just to see what was out there, and I have used a couple of third-party apps for extended periods – Postbox being one and Airmail another.

But at some point, I decided life was too short, and I standardized more on Apple’s own apps for Mail and other things.

The application memory error, however, forced my hand. I asked my colleagues which email apps they would recommend for the Mac and was given a good steer to Spark – listed in our “best email apps for the Mac” roundup earlier in the year.

I’m not going to write a full review for the simple reason that I don’t yet know it well enough. It’s a relatively busy time on several fronts, so my priority has been to get my email up and running as it was before, in terms of filtering and so on, rather than explore what else the app can do.

I do have to say that I don’t think the app is super-intuitive. For example, a simple setting like having account names rather than email addresses appear in the sidebar was not where I expected it to be. But that aside, it was painless to set up.

One thing I like a lot is that you can switch very simply back and forth between what Spark calls ‘Classic’ view – all your mail in reverse date order – and its own Smart view. The latter is Spark’s own attempt to sort your email into categories, like personal mail (People), Notifications, and Newsletters. This is very helpful once you have it tamed, but initially, I just wanted a Mail-like view, and there are still times when this is more convenient – so I love that you can tab between the two views.

I personally found Spark’s Notifications and Newsletters categorization rather random, so I disabled these. However, I really like the three categories I have enabled: People, Pins, and Seen.

As soon as you’ve read an email, it is automatically moved to the Seen list – so People is just my unread mail. Pinned mail appears immediately below People, which is where I want it as I pin a lot of mail to be dealt with later. Seen lets me sort through any non-urgent mail later.

If you’re an Inbox Zero person, as I used to be before I wrote it off as unsustainable, this would help a lot, as once you’ve dealt any Seen mail, you can just empty that category.

I also love how easy it is to see only the category you’re dealing with right then and there. I tend to do an initial skim-read of mail, at the end of which I will do one of four things:

I can click on the People, Pins, or Seen headings and then review only those emails.

As I say, I have had a tendency to revert back to Apple apps as a way of simplifying life. All I’ve done for now in Spark is get my essential filters set up, so I do have more work to do – and it’s possible at that point I might find a show-stopper or two.

But I see no sign of that yet. My only complaint to date is that the color-coding isn’t as visible as it could be in the sidebar, and I haven’t yet found a way to change that (I’m using the Light theme, and the Dark theme leaves the sidebar unchanged).

As of now, I’ve removed Mail from my dock and am in no hurry to see whether Apple has fixed the problem.