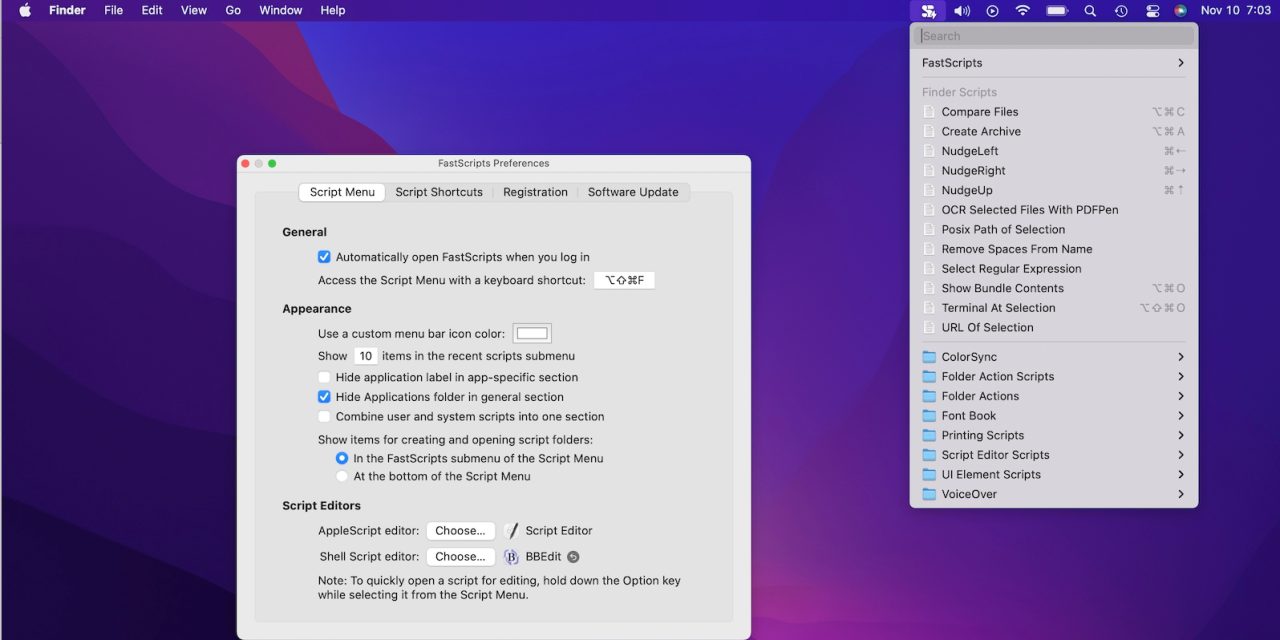 If you’re looking for a way to take your Mac automation to the next level, FastScripts is one of the most powerful ways to do so. The app got a nice update today, bringing it to version 3, with a handful of notable new features and capabilities.

FastScripts is a popular macOS utility from Red Sweater Software that allows you to assign keyboard shortcuts to your scripts. One of the most notable changes with FastScripts 3 is support for parallel script execution. This is described as a “fundamental change” to the functionality of the application.

This update brings a fundamental change to the script execution infrastructure for the app, which will dramatically improve some workflows. Specifically, scripts are now run independently from the app and in their own application processes. This guarantees a consistent execution environment, and allows for an arbitrary number of scripts to run in parallel without impacting the performance of the app itself, or of other scripts being run.

In tandem with the new support for parallel execution, FastScripts now supports the standard AppleScript progress updating mechanism. Scripts that report their progress will have timing and text feedback conveyed to users by way of the FastScripts menu

Another notable update with FastScripts 3 today is Scriptlight Search:

When the Script Menu is opened, the search field is made active by default, so any typing will immediately filter the menu contents to scripts that match your search. If the top result is the script you’re looking for, just press return to immediately run the script.

You can learn more about FastScripts and how to take advantage of all of its powerful features on the Red Sweater Software website right here. FastScripts is a free download with premium features disabled.