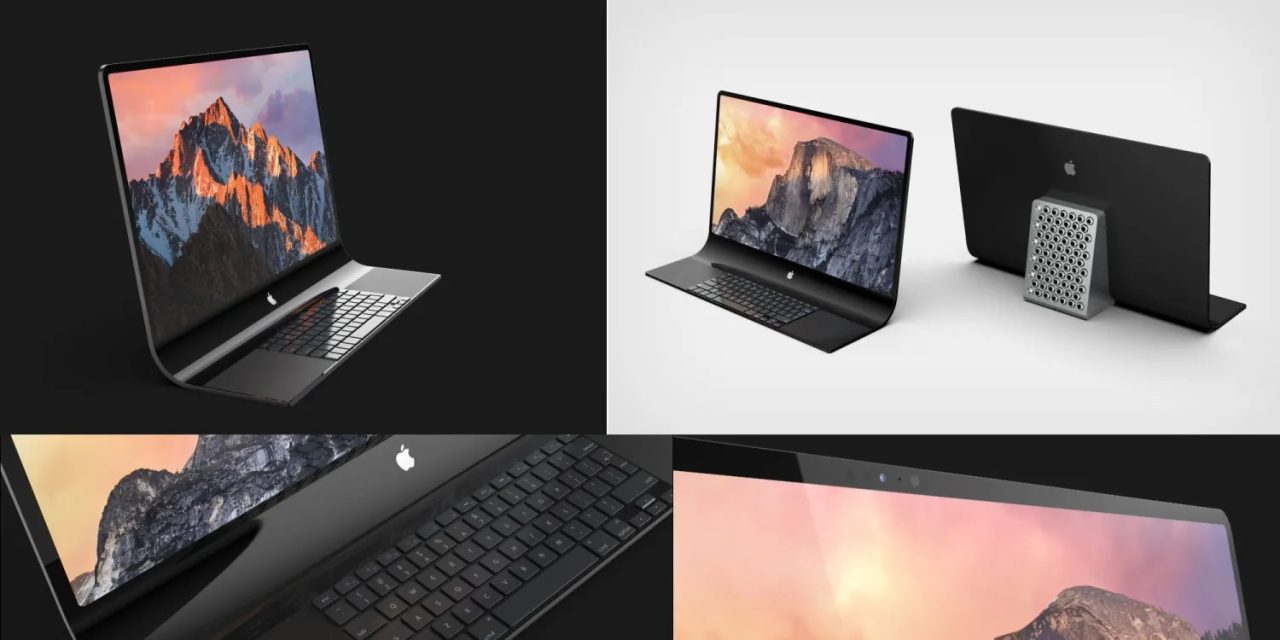 Almost two years ago, Apple applied for a patent on an all-glass iMac design with a built-in keyboard and trackpads. The company appears to be continuing to work on this idea, with a fresh iMac patent today adding no fewer than 20 new elements, including a partial touchscreen, and a solution to the obvious ergonomic flaw…

Apple patents are always written in extremely dense language, but what it described was later illustrated (above) by Yanko Design.

The design is a single slab of glass. While the original patent described this as transparent glass, Patently Apple notes that Apple has now clarified that, as expected, sections of this can be painted or otherwise coated.

Many of the additional claims aren’t particularly interesting, but three things stand out. Claim 9 says that despite being made from a single sheet of glass, there may be a way to adjust the angle of the display.

Claims 15 and 16 address the obvious ergonomic flaw we mentioned when the patent was granted – that the keyboard and trackpads are in fixed positions. Apple now says this the user could slide out the keyboard portion to either pull it forward or position it freely. There is no specific reference to the twin trackpads, but these would presumably be likewise removable.

But the most surprising addition is claim 14.

The desktop computer of claim 8, wherein the input device extends along at least a portion of the planar display area to form a touchscreen-style display.

Jony Ive and Phil Schiller echoed this, the latter saying that years of testing it in prototype form had shown that Steve’s instincts were right.

But the patent doesn’t go as far as to suggest that the entire screen be touch-sensitive – it refers instead to ‘at least a portion’ of it. That might, for example, be the dock. Or it could suggest something like the Touch Bar, though Apple has of course now abandoned this in its latest MacBook designs.

As always, of course, we note that Apple patents a huge number of things, and very few of them make it to market. Is an all-glass iMac design something you’d like to see released? Please share your thoughts in the comments.