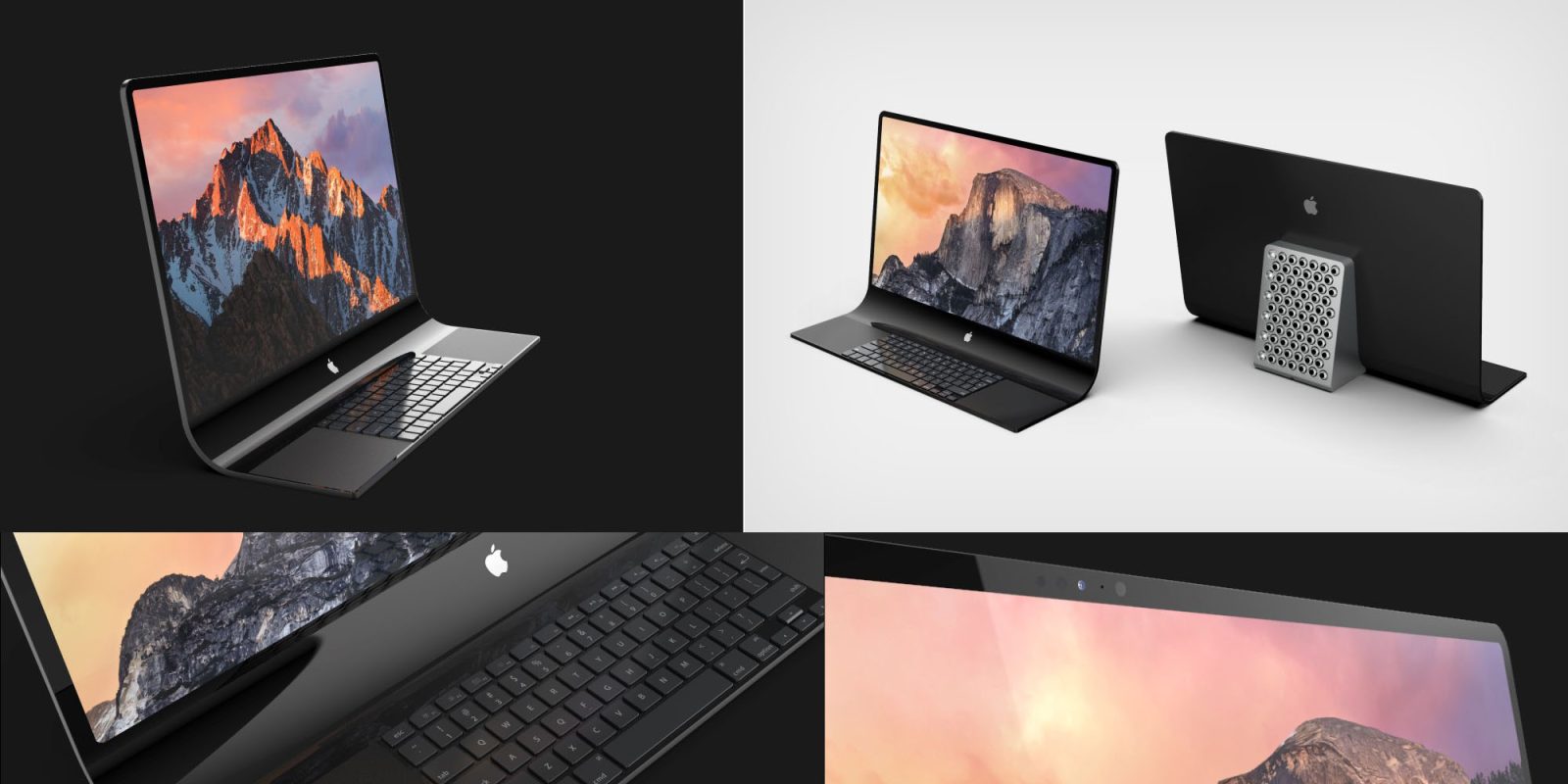 Early last year, Apple applied for a patent for a curved glass iMac design, with one of the illustrations also suggesting the same design could be used for a display and dock for a MacBook.

That patent has today been granted …

We reported on the application at the time.

Apple is growing ever closer to its reported ambition to design the iPhone as a single slab of glass, but a new patent application suggests as least some designers in the company share the same ambition for the iMac.

One funky variant even shows how it could allow the MacBook Pro to dock with the iMac, a design that could potentially work for a future Apple display too […]

As is usual with Apple patents, it is drafted in the broadest possible terms and allows for either a physical keyboard and trackpad(s) or virtual ones.

Patently Apple notes that this patent was today granted.

Today the US Patent & Trademark Office published an Apple granted patent that relates to a next generation all-in-one (AIO) desktop iMac that is made with a continuous glass body.  The design is shown to have a number of twists with alternative ideas including a similar shaped desktop accessory designed for a MacBook.

Apple’s granted patent covers a new vision for a future iMac/desktop PC made with a glass housing that includes a continuous surface defined by the upper portion, the lower portion, and the transition portion.

Yanko Design created some fantastic renders (above), with an animated GIF also available on the site.

Of course, we have to echo the patent disclaimer we included previously.

We always caution that Apple patents all kinds of things that never make it to market, and this one feel like one of those concept cars shown at shows by vehicle manufacturers: a chance to let the designers go crazy in the hope that it might spur one or two ideas that filter down to production vehicles in vastly diluted form.

Personally, I’d hate to have a laptop-style fixed keyboard position with a screen that large. All the same, it’s certainly a striking concept, and it will be interesting to see whether any elements of it make it into future Macs.