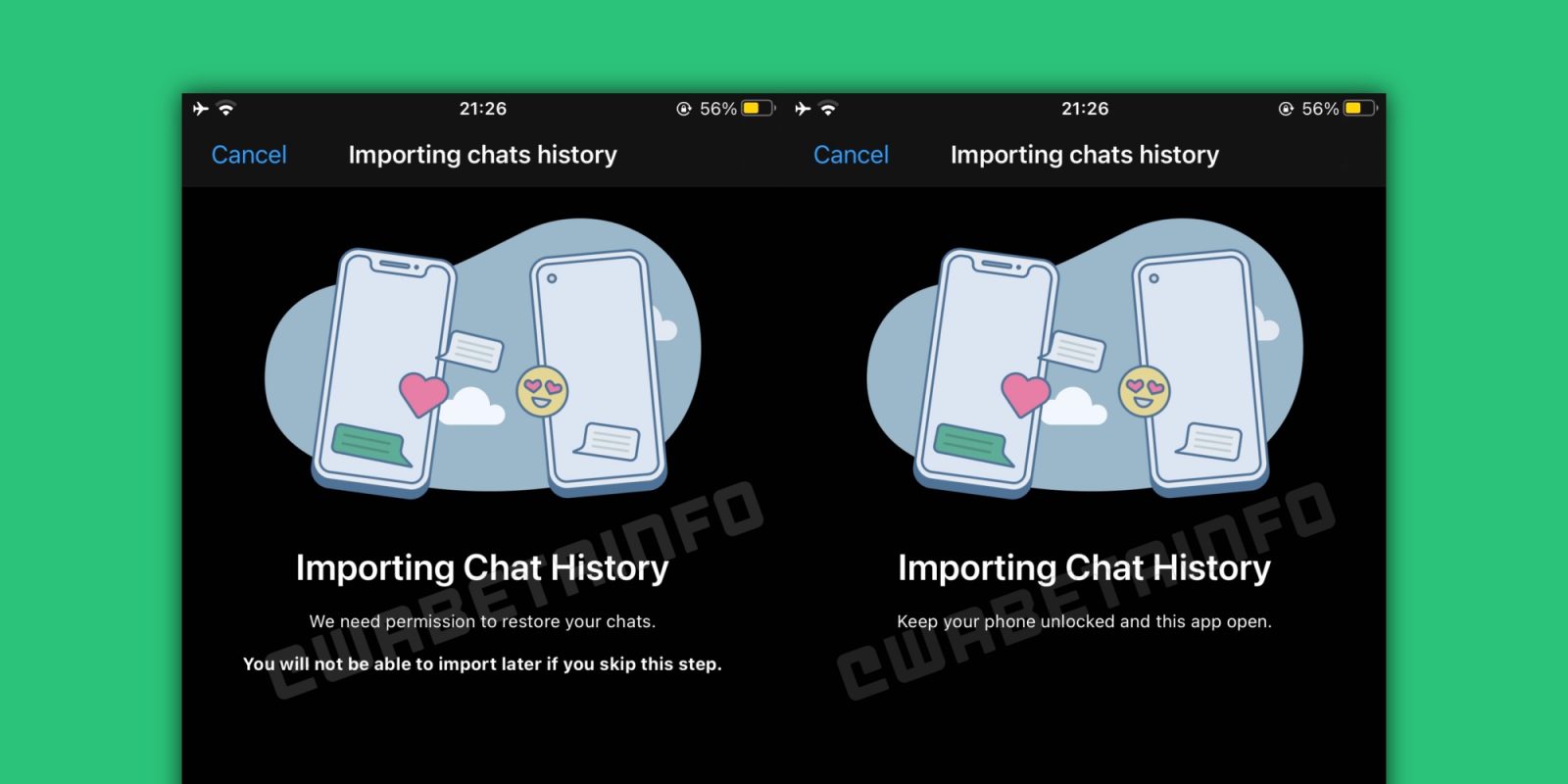 Samsung users that want to migrate to iPhone can already transfer their WhatsApp chat history with no problem. Now, the app is continuing to develop support to allow all Android users being able to do the same.

According to WABetaInfo, beta version 22.2.74 of WhatsApp for iOS adds the ability to import the user chat history from Android to iPhone. As of now, users can migrate from iOS to Samsung devices as well from iOS to Pixel phones. With this change, users just need an Android 12 smartphone and the app Move to iOS to migrate their chat history to iPhone.

WABetaInfo also notes that version 2.21.20.11 of WhatsApp for Android also has new data suggesting that the app is working to implement this feature in both versions, as its changelog shows that the Move to iOS app will be required to complete the migration from one operating system to another.

As of now, there isn’t a timeframe saying when users will be able to import chat history from Android to iOS, although it’s been too long since WhatsApp promised this feature.

Another function that users can’t wait to take full advantage of is multi-device support, which is something Telegram has had for years, and makes zero sense why WhatsApp isn’t able to implement it in the same way.

Currently, users can take advantage of multi-device support as a public beta feature on WhatsApp for Desktop, Web, and Portal. In the future, the app plans to create version 2.0 bringing more functionalities to multi-device support, such as a standalone iPad app.

Are you excited to be able to migrate your chat history from Android to iPhone and vice-versa? Share your thoughts in the comment section below.