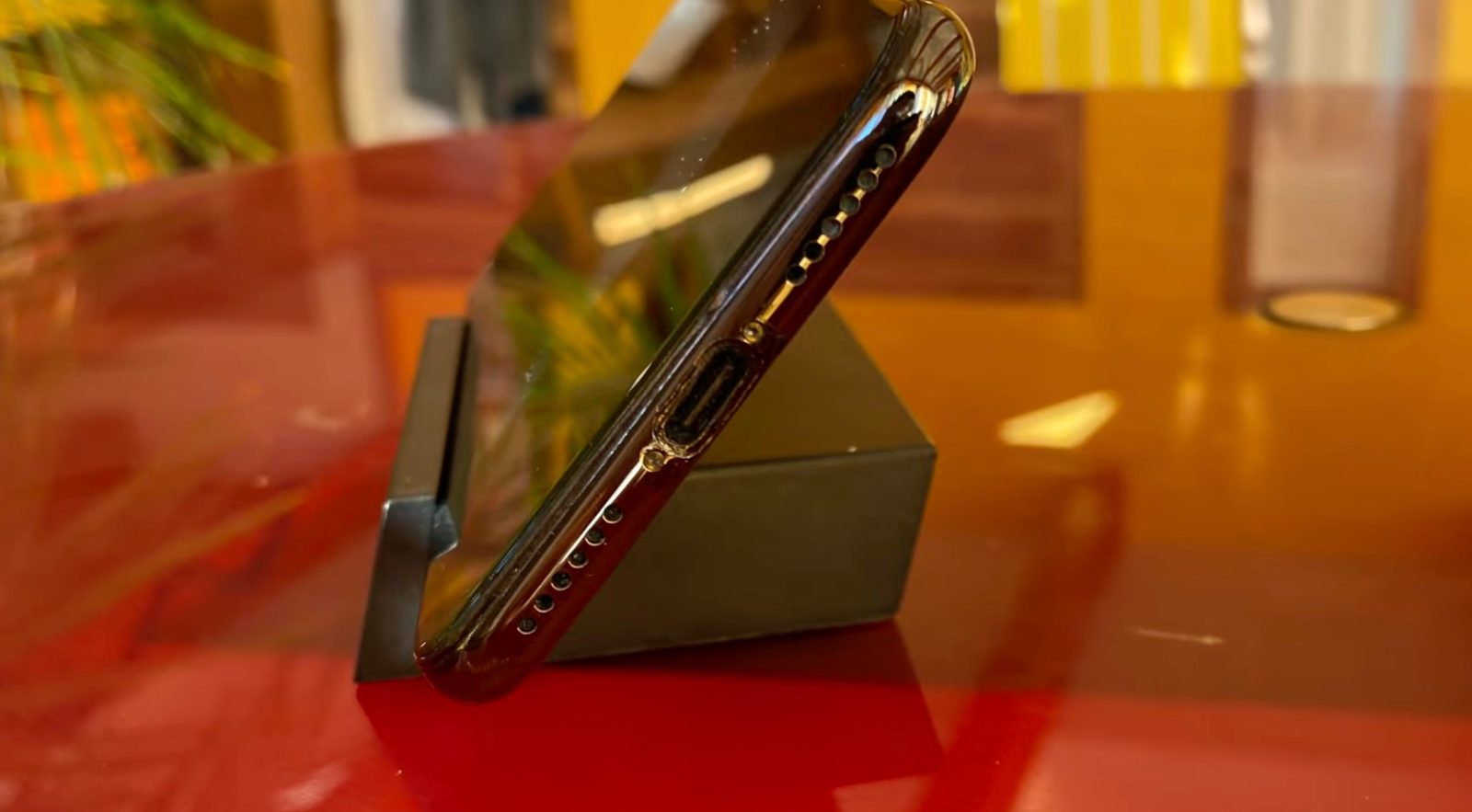 Last fall we saw engineer Ken Pillonel replace an iPhone X’s Lightning connector with a functioning USB-C port and ended up selling it for almost six figures. Inspired by Pillonel, Gernot Jöbstl successfully created the second USB-C iPhone, this time with waterproofing, and listed it for sale. However, interest in the world’s second iPhone with USB-C fell far, far short of the first, here’s what happened.

As we previously reported, Jöbstl made what he calls the “world’s first waterproof USB-C iPhone.” He was inspired by Pillonel’s original iPhone X modified with USB-C and tweaked the design with a new carbon fiber support piece for the USB-C port along with waterproofing it.

The result was a working iPhone X with USB-C port. Jöbstl showed off the creation in the YouTube video and also shared that by selling the device, he was looking to fund similar projects going forward.

With the first USB-C iPhone selling for $86,000 last fall, it appeared there was a chance for this second build to command a high price. But it looks like the interest that drove an almost six-figure sale came from the novelty of it being the first of its kind more than anything else – it was probably purchased by a collector, not someone looking to actually use the device regularly.

This second USB-C iPhone sold for its starting price on eBay of just $3,000 with the first and only bidder winning the auction. While it was pitched as another “world’s first” with it being waterproof, the collector market didn’t buy that idea. It’s also possible this second USB-C iPhone didn’t get the traction and visibility of the first.

Functionality-wise, the listing confirmed several limitations of a USB-C iPhone like no fast charging, unidirectional instead of bidirectional support, and no guarantee with it being a prototype.

As for Apple’s future iPhone plans, there aren’t any indications we’ll see it shift to USB-C. Rather, the move will likely be from Lightning to a port-less design. Check out everything we know about the iPhone 14 in our full guide.