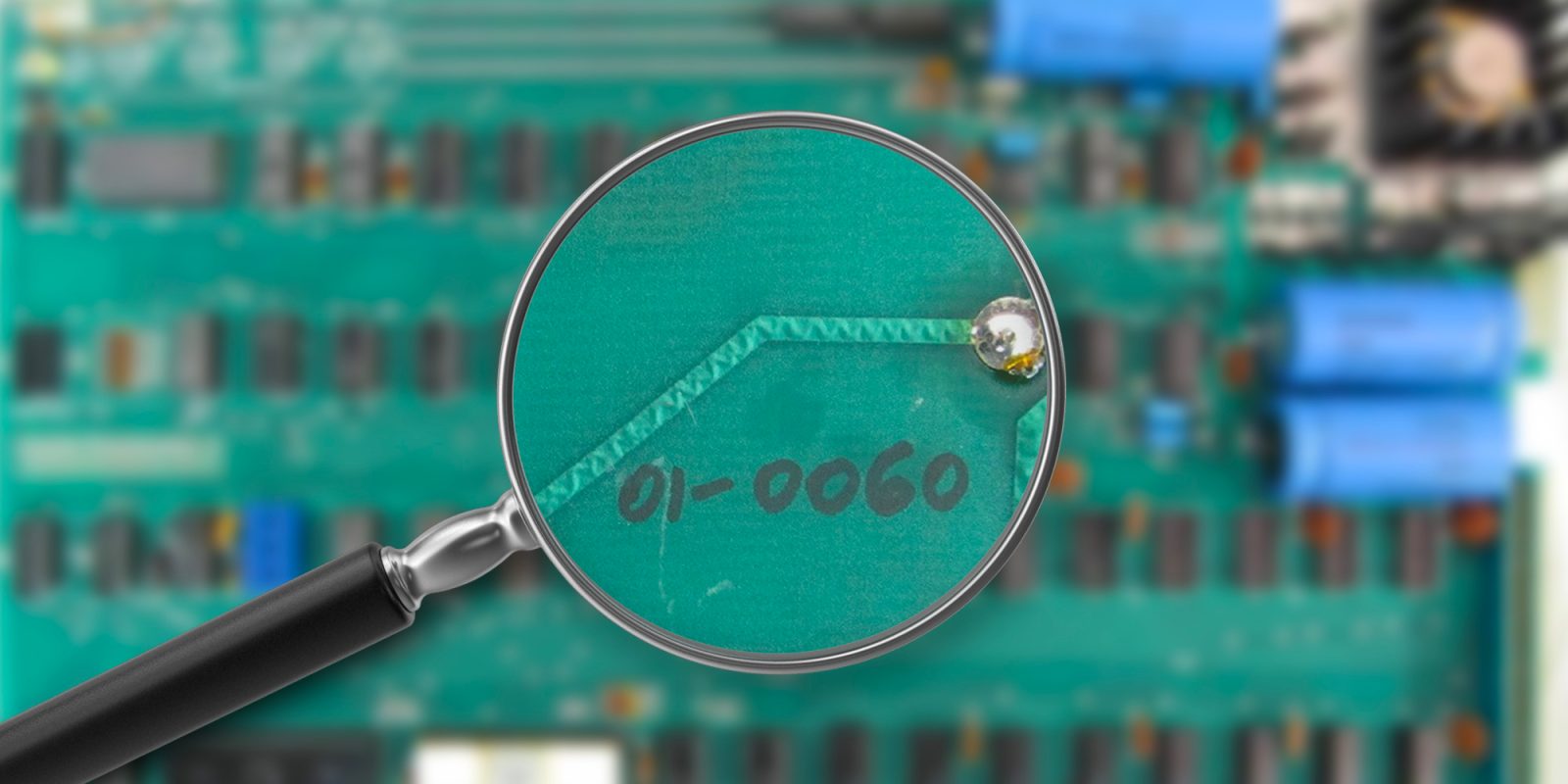 Apple geeks may be aware of the mystery of the handwritten Apple 1 serial number present on some of the surviving machines. Namely, no one knew how they got there.

Steve Wozniak said that he didn’t write them. Steve Jobs said the same. Daniel Kottke, who assembled and tested some of the boards, said it wasn’t him. Likewise for Byte Shop owner Paul Terrell, who bought a batch of 50 of them…

Achim Baqué, who maintains the Apple-1 Registry (a listing of all Apple 1 computers), finally decided to try to solve the mystery. This, it turned out, would not be a trivial task.

Despite Steve Jobs’ denial, the handwriting on the boards did seem to match his. However, since Steve rarely signed autographs, making his signature and handwriting especially valuable, the potential impact on the value of the machines with serial numbers meant that as much certainty as possible was needed.

Baqué asked one of the world’s leading handwriting authentication services to compare the serial numbers on two of the Apple 1 boards with known samples of Steve’s writing.

California-based PSA said that they could do it, but photos wouldn’t be sufficient – they would need to carry out a physical examination of both the boards and the handwriting samples. The company’s analysis would include the slant, flow, pen pressure, letter size, and other characteristics.

Daniel Kottke, who was a close friend of Steve, provided a number of letters and postcards written by Steve. Helpfully, these documents include a number of handwritten numbers.

Baqué then personally transported two of the boards, and the handwriting samples, to California for examination by PSA. The company took three months to perform the analysis, also studying many photos, before authenticating the handwriting on the boards as that of Steve Jobs. Finally, the mystery is solved! Steve clearly just didn’t recall doing it.

Read more over at the Apple 1 Registry site. If you’re looking for your own Steve Jobs memorabilia, we learned this week of an interesting auction.