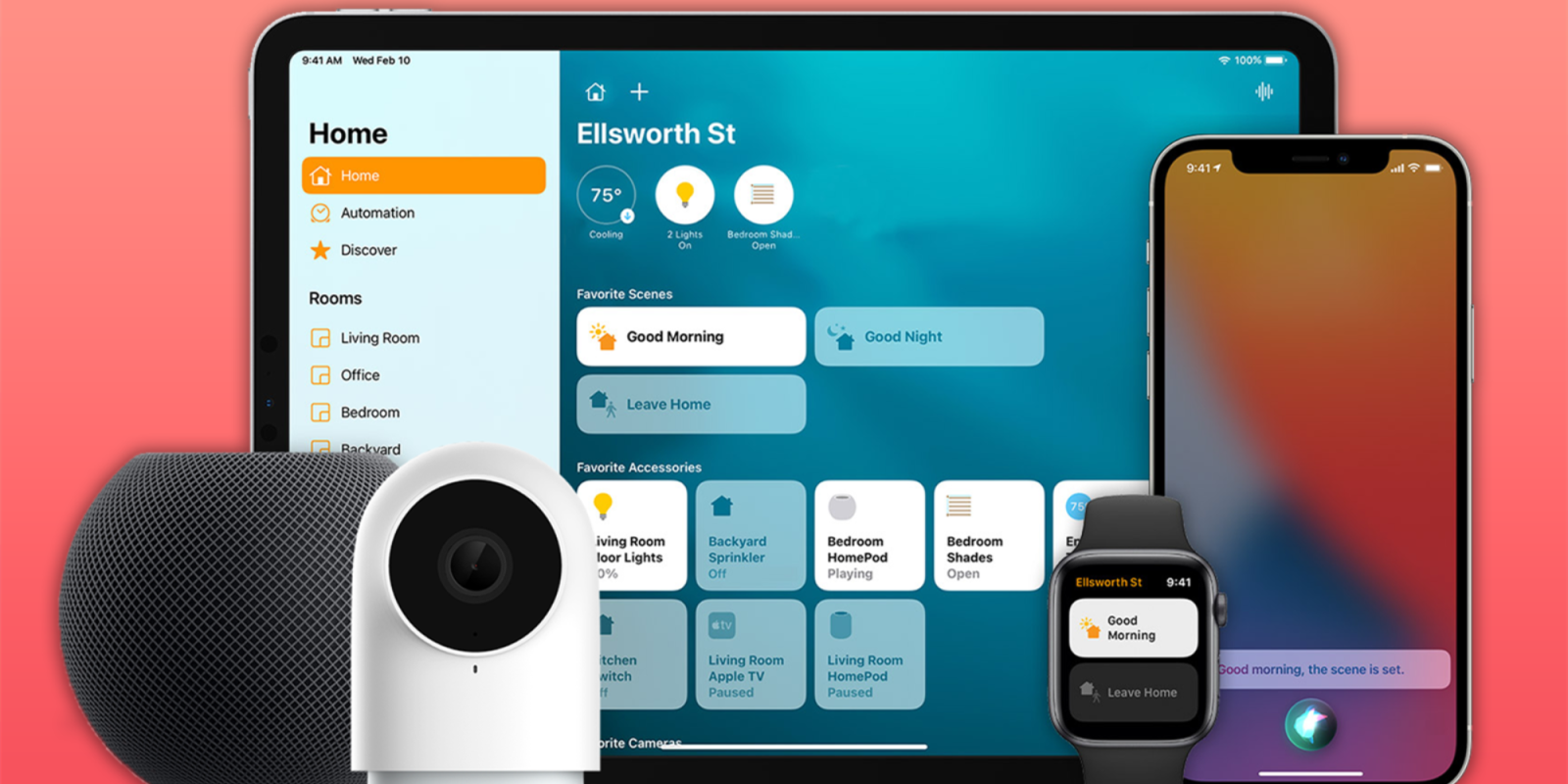 Today, Aqara has announced the US release of its new G2H Pro camera designed as an Aqara hub and supporting HomeKit Secure Video. Aqara’s product lineups allow end users to build out a HomeKit setup at the lowest cost possible. Read on to learn more about the G2H Pro and its comparison to the original.

Before we get started on the new camera, I want to remind you/inform you of what I like about Aqara products so much for HomeKit. First, Aqara offers multiple “hubs” that work with Zigbee accessories. The Aqara hubs then bridge the accessories to HomeKit to expose the functionality.

There are multiple Aqara hubs, but the new G2H Pro cameras act as one. Once it’s added to your Wi-Fi networking using the Aqara hub, you can then add Aqara’s other sensors like their motion sensor, water leak sensor, door sensor, etc. The Aqara hub will then bridge all those accessories to HomeKit to show up in the Home app. Once the accessories show up in the Home app, you can create scenes and automations or interact with them through Siri on HomePod, Apple Watch, or iPhone.

What makes the G2H Pro the ideal HomeKit camera?

I’ve had the camera for a few weeks now, and like every Aqara product I’ve used, it does the job it sets out to do. In addition, it can be used with HomeKit Secure Video, so you’ll put your video storage gained from your iCloud plan to good use.

As a reminder, HomeKit Secure Video is an end-to-end encrypted system for video footage. It comes with your iCloud+ subscription, and depending on your plan, you might get anywhere between one and unlimited cameras. You’ll also need a Home Hub for HomeKit, so that means you either need a single Apple TV or a single HomePod or HomePod mini. An iPad can also act as a Home Hub, but it needs to remain at home to function in this mode.

Like the original G2H camera, this new Pro model retains the same low profile form factor, one of my favorite indoor HomeKit cameras. A USB-A powers it to a micro-USB cord. Aqara includes a cable, but you can bring your own if you want a shorter or longer cable.

Next, it also supports HomeKit 2-Way audio so that you can talk to someone on the camera, and they can talk back. If you have this camera in a kid’s playroom, it’s handy to let them know it’s dinner time or to quit fighting with their siblings.

The Aqara G2H Pro can also be used as a motion detector in HomeKit automations, so you can set it to trigger lights when someone enters a room, etc. It includes flexible installation options, and the bottom of the camera is a magnet so it can be mounted on metal shelving, etc.

What makes it different than the G2H

If you have the G2H already, there’s not a ton of reasons to upgrade, but if you’re buying a camera for HomeKit Secure Video today, it’s hard to beat it. To start, it supports up to 128 devices compared to 64 over the original.

On the HomeKit side, a new addition is the functionality of HomeKit alarm modes in the camera(Basic, Home, Away, and Night Alert). If you’re using a product like abode, you’ll already understand this process in HomeKit.

The original camera has a 140-degree viewing angle from a viewing angle, while the Pro adds 146 degrees. Depending on where you’re placing the camera, this additional field of view can make the difference. Connectivity-wise, it is still limited to 2.4Ghz, but it does add WPA3 support. I’d like to see Aqara move to 5 GHz in the future, though. Storage-wise, the G2H Pro adds support for NAS storage for local recording and increases the max SD card to 512GB from 32GB.

Finally, it adds support for Google Home and Amazon Alexa. Surprisingly the original only supported HomeKit and IFTTT. If you live in a mixed smart home environment, the addition of these platforms might make a difference in the need to upgrade.

As an Aqara Hub, it’s a solid product. I have 10+ Aqara devices in my house, and I highly recommend them. Outside of anything else, you need to add a HomeKit water leak sensor to your house. I have them in front of/under any spot that might have a water leak in the sensor.

As a camera, I like Aqara’s product line as well. The G2H Pro is a nice upgrade over the original G2H. Of course, it’s not worth replacing an original, but if you’re buying a new one today – it’s an excellent option for a HomeKit Secure Video camera.