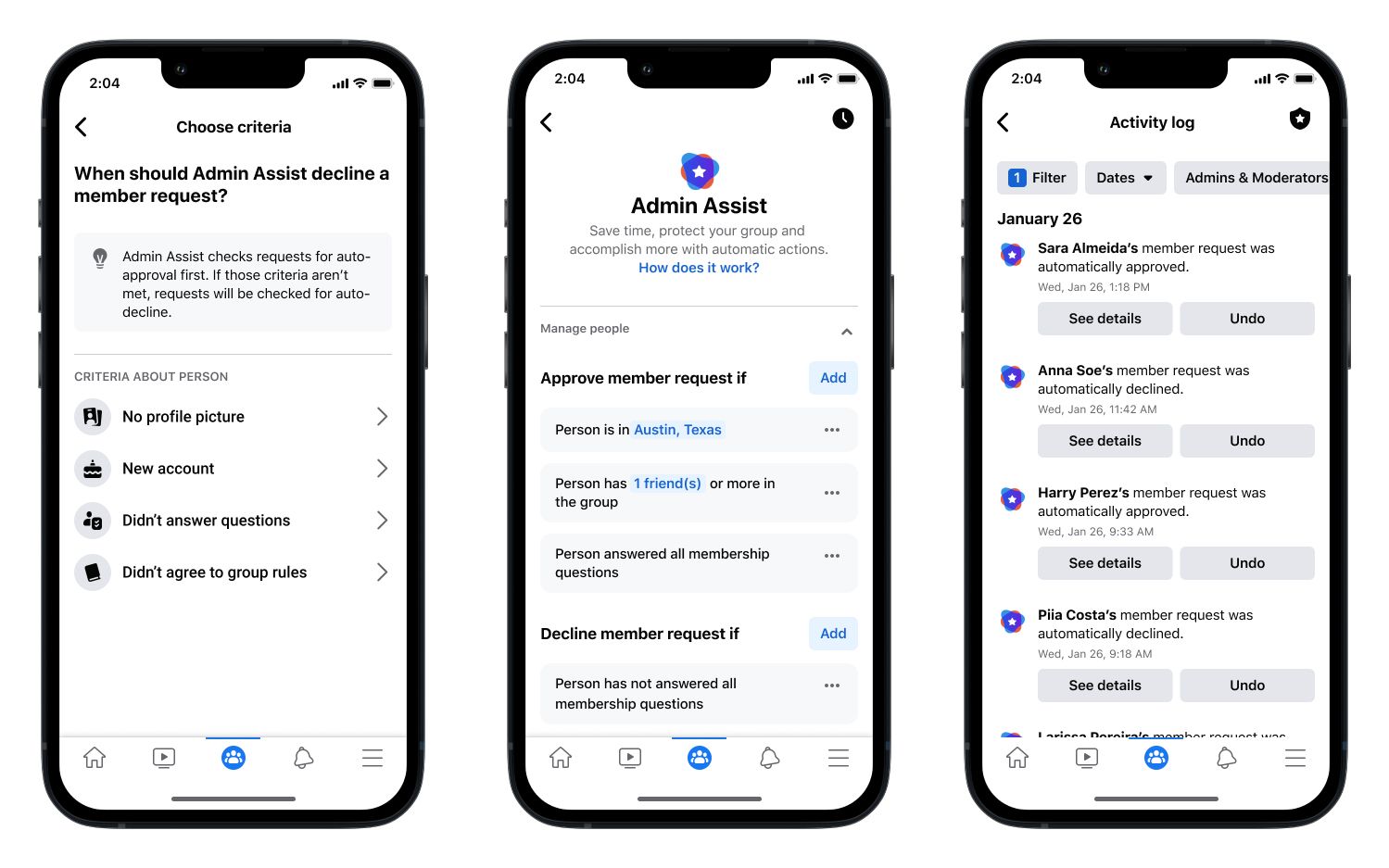 With tens of millions of active groups on Facebook, there are new updates coming to this popular tool. The social media giant announced Wednesday that it is adding more features for group admins to better manage their groups.

Meta shared with 9to5Mac that over 1.8 billion Facebook users actively participate in groups each month. Based on that number, more than 70 million are admins and moderators. These users have a lot of responsibility, and Facebook has taken that in mind with this new update.

Some of the new capabilities in Facebook groups include:

There are also new updates that make the Admin Home simpler to use. It now offers an overview of items needing attention and relevant analytics to increase engagement.

The purpose of this update is to create safer and healthier communities in which users can thrive. The new tools are also meant to help prevent the spread of misinformation within Facebook groups.