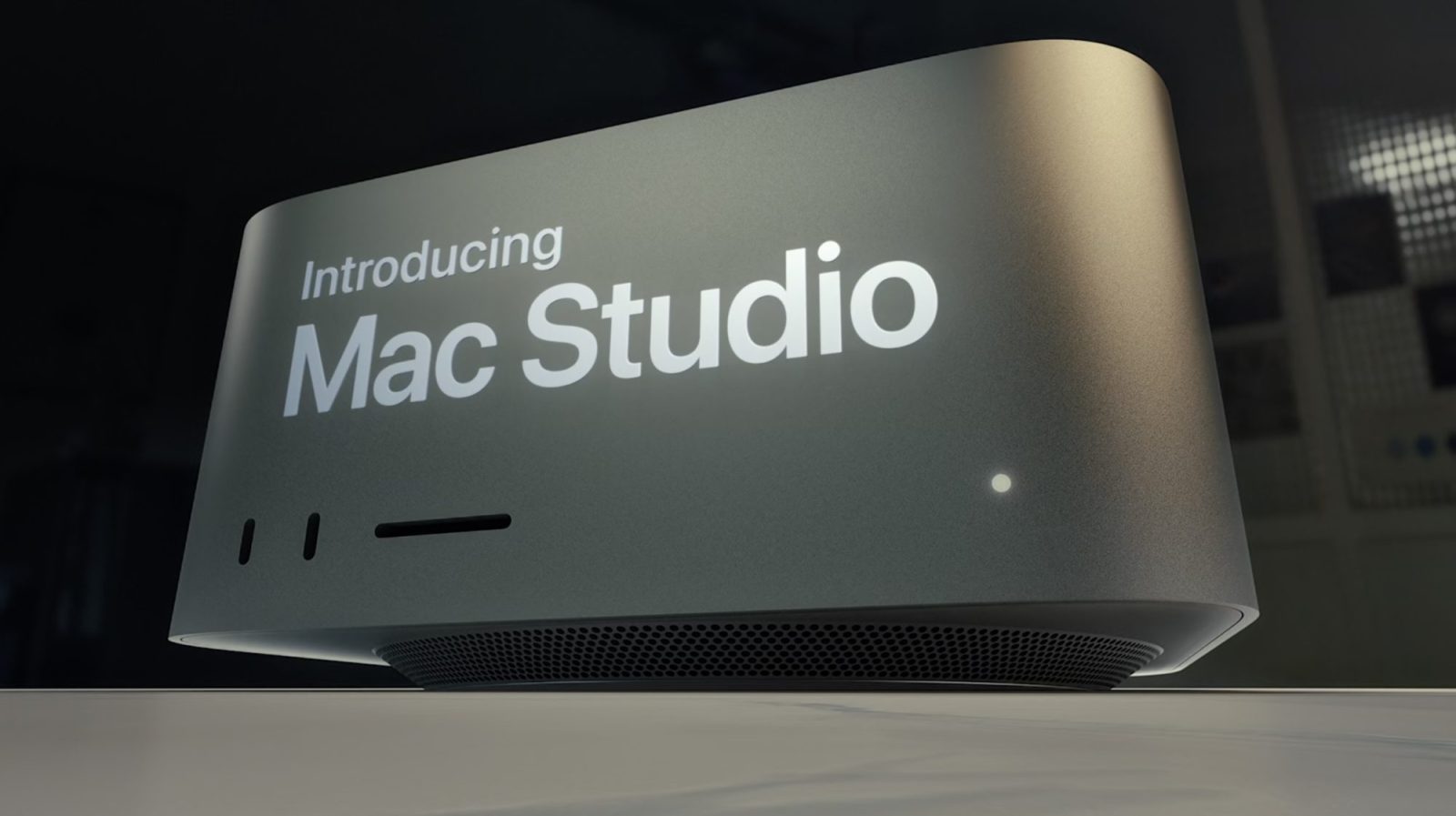 Just yesterday, Apple introduced the newest addition to the Mac lineup – the Mac Studio. First revealed by 9to5Mac, the Mac Studio is a different desktop option for users who need a bit more power.

This new computer goes a step above the Mac mini, featuring new chips and a larger design. Created with professional users in mind, it has become a middle ground between the Mac mini and Mac Pro.

Mac Studio presents a taller design than the Mac mini to hold its more powerful hardware and improved cooling system. It offers the choice of two chips: the M1 Max or the M1 Ultra. Users who choose the Mac Studio with an M1 Ultra chip will actually have a heavier device. The M1 Ultra uses a heavier metal in its heatsink compared to models with the M1 Max chip.

Apple expanded the I/O on its new computer, a fantastic improvement from the Mac mini. On the front of the device there are two USB-C (Thunderbolt 4) ports and one SD card slot. On the back there are a headphone jack, four Thunderbolt 4 ports, one 10GB ethernet, two USB-A ports, one HDMI, and one 3.5 mm slot.

What’s also great about the Mac Studio is that you can plug in up to four Pro Display XDRs and one 4K TV. Apple is also releasing its new Studio Display alongside the Mac Studio. Learn more about it here.

Mac Studio by default will come with the M1 Max chip, the same one found in the 2021 MacBook Pros. For users who need more power, there is the option to upgrade to the all-new M1 Ultra chip. It’s currently the only Mac to offer this chip. The M1 Ultra combines two M1 Max chips, and Apple claims it is the most powerful chip ever in a personal computer.

The Mac minis currently sold by Apple feature the M1 chip or the Intel Core Processor. While powerful in themselves, these processors don’t stand a chance against the M1 Max or M1 Ultra.

Designed with professional users in mind

It’s no secret that this device is not necessary for the everyday user. The amount of power just isn’t something most people need.

According to Apple, a Mac Studio with M1 Ultra can play back 18 streams of 8K ProRes 422 video, something that no other computer can do. Additionally, its graphics card holds a record-breaking amount of memory at up to 128GB. The most powerful workstation graphics card available today only has 48GB, a game-changer for professionals on a mission.

Price is another way the Mac Studio sets itself apart from the Mac mini. A base model Mac mini starts at only $699 while a base model Mac Studio starts at $1,999. However, it’s important to note that with both models you will need to bring your own display, keyboard, and mouse.

In conclusion, the Mac Studio is an incredibly powerful device for your money. Its performance and design makes it a desirable companion for creative professionals. What are your thoughts on the Mac Studio? Do you have one pre-ordered?