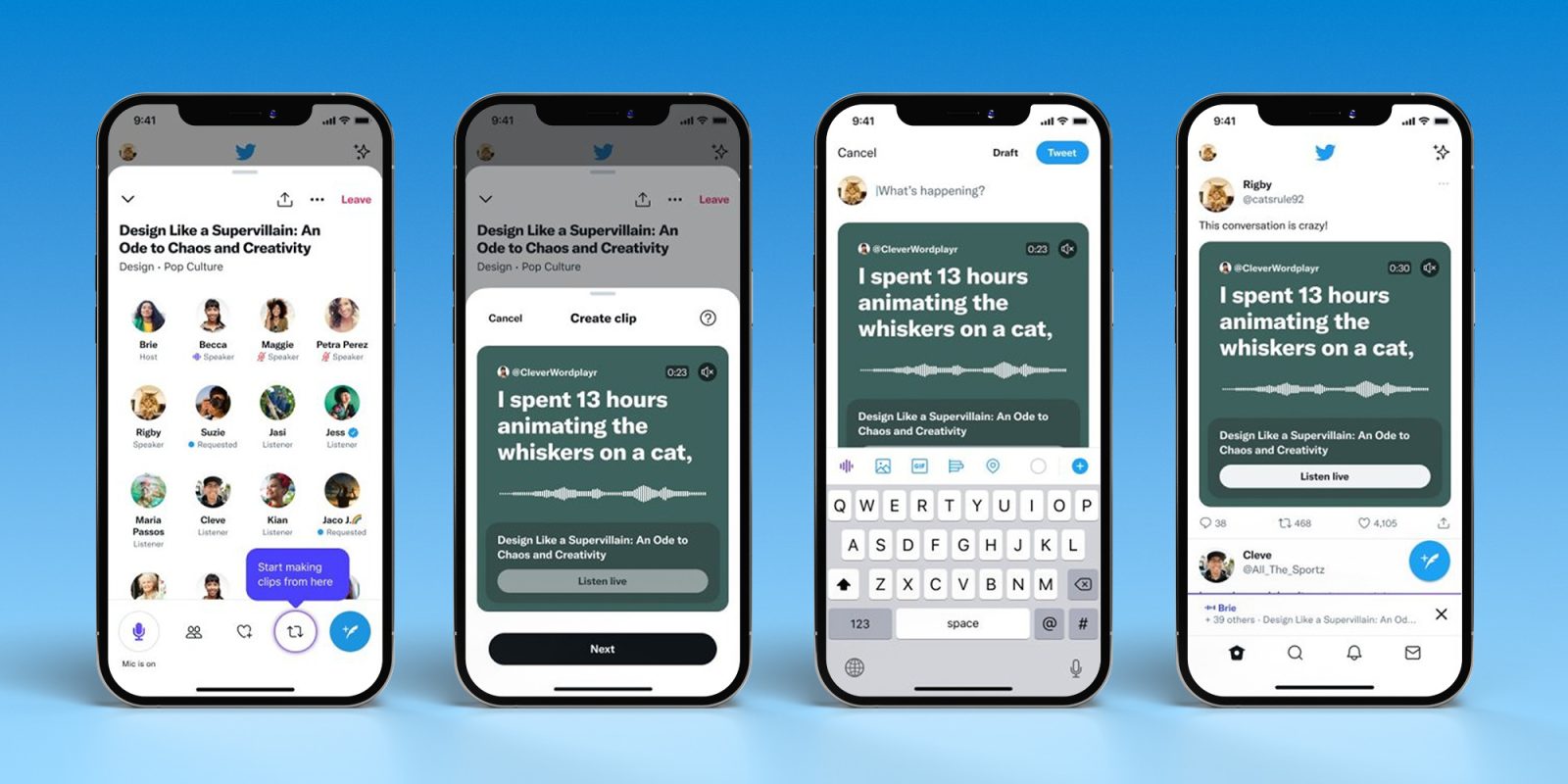 Twitter Spaces is testing a new clipping tool for select hosts on iOS. Announced this week, these hosts can clip 30 seconds of audio from recorded Spaces and share them with others. It’s a way for hosts to share highlights of their Spaces while not having to share the entire recording.

Anyone using Twitter Spaces on the iOS app can see and listen to the clips. Android and web users will get this feature soon. Twitter also plans to eventually release the clipping feature to all users, not just hosts.

“There is no limit to the number of audio clips that can be created, and they will live on the platform for 30 days. Currently, everyone on iOS can see and listen to Spaces clips on their Timeline, and soon people on Android and Twitter.com will receive access too. We will be monitoring feedback and plan to expand Spaces clipping functionality to everyone on Twitter in the near future.”

Twitter has been gradually offering new features to Spaces, including recorded Spaces, where users can listen to full recordings. There is also now the ability for hosts to see how many people listened live and how many replayed the recording.

Do you plan to utilize the new clipping feature?