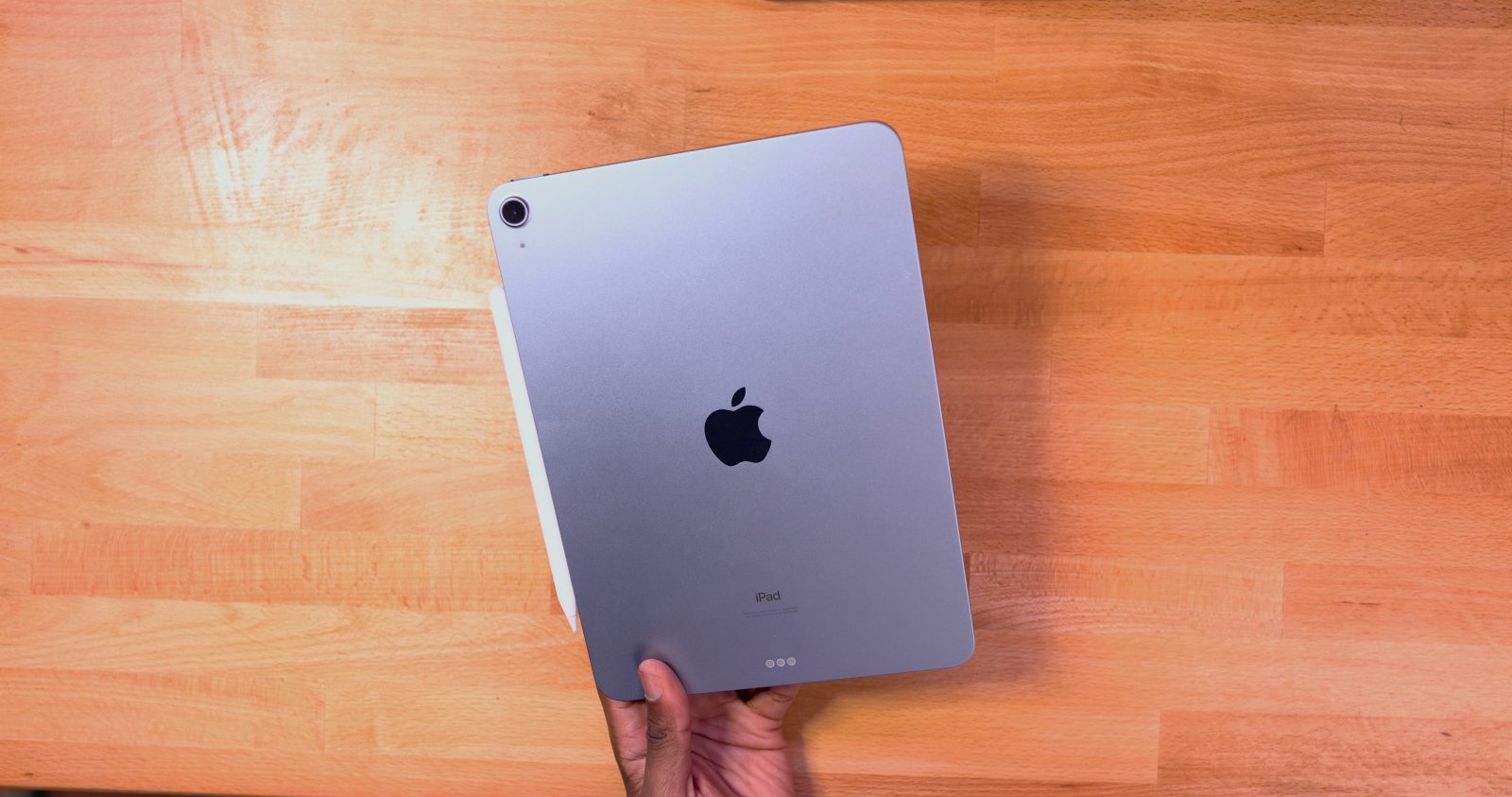 Tuesday is delivering a fresh batch of Apple discounts, with up to $149 off iPad Air 4 in an Amazon clearance sale. That’s alongside Apple Watch Series 6 from $240 courtesy of Woot and the first discount on Nanoleaf’s new modular Lines HomeKit lights at $180. Hit the jump for all that and more in the latest 9to5Toys Lunch Break.

While you can still save on the new iPad Air 5, Amazon is rolling out even deeper discounts on previous-generation models. Right now you can score the 10.9-inch iPad Air 4 Wi-Fi 64GB for $470 shipped with the price dropping at checkout. Normally fetching $599, today’s offer marks the lowest price to date at $129 off while beating our previous mention by an extra $21. You can also save up to $149 on 256GB models, which are down to $600 from the usual $749.

While it’s not the new M1-powered model, Apple’s previous-generation iPad Air 4 still packs much of the same form-factor and feature set as its newer counterpart. There’s still a 10.9-inch edge-to-edge Liquid Retina display with support for Apple Pencil and Magic Keyboard, just with the A14 Bionic chip powering the experience. You’ll enjoy 10-hour battery life much the same, and Touch ID sits in the power button to round out the package. Get a closer look in our hands-on review.

Apple Watch Series 6 on sale from $240 in refurb sale

Today only, Woot is discounting a selection of previous-generation Apple Watch and iPhone models from $110. Shipping is free for Prime members with a $6 fee applying otherwise. A highlight would easily be the Apple Watch Series 6 44mm GPS in all five colors for $250. Marking a new all-time low at $10 below our previous mention, this is down from its original $429 going rate in the process. Plus, 40mm styles are on sale from $240.

Even with the shiny new Series 7 models now available, going with Apple Watch Series 6 doesn’t mean you’re going to be missing out on all too much. Aside from the main improvements of a refreshed case and larger screen, the Series 6 and 7 share the same processor alongside a matching array of blood oxygen, heart rate, and other fitness sensors. Both run watchOS 8, too! So if your spring fitness regimen isn’t calling for the latest and greatest, these previous-generation models are worth a look.

Nanoleaf’s official Amazon storefront now offers its new Lines HomeKit Light Starter Set for $180. Marking the very first discount we’ve seen since launching last fall, today’s offer is down from the usual $200 price tag and delivers a new all-time low. You can also save on the three-pack Expansion set for the first time at $60, down from $70.

Delivering yet another unique addition to the Nanoleaf smart home stable, the new Lines pack all the same modularity that the brand is known for with a different take on ambient lighting. Each of the nine included Lines pair with an adapter and can be stuck up on the wall in various patterns. They then splash light against the wall and sport the same multicolor output that lets them play various effects on top of your typical adjustable color and brightness settings, not to mention support with HomeKit, Siri, and more. Dive into our hands-on review for a closer look.

Amazon offers the new Logitech POP Keys Mechanical Wireless Keyboard for $88. Marking only the second discount to date, this is down from $100 in order to beat our previous mention by $1 and deliver a new all-time low.

Last fall Logitech brought a unique pop art-inspired design to its keyboard lineup with the POP Keys. Sporting a classic typewriter with rose color scheme, the mechanical switches are complemented by swappable emoji buttons that can be customized in the companion app, too. Not to mention, Logitech POP Keys sports both Bluetooth and Logi Bolt USB receiver connectivity to work with everything from Macs and iPads to PCs and more. Our recent Tested with 9to5Toys review takes a closer look at what to expect.

B&H is now offering the DJI Air 2S Fly More Combo Drone with RC Pro Remote Controller for $1,749. Normally fetching $1,299 by itself, the bundled controller adds another $1,199 into the picture with today’s offer saving you $749 and matching the all-time low in the process. You’d pay the same price for the bundle with DJI’s previous-generation controller at Amazon. There’s also details on a refurbished version of the drone down below, too.

Regardless of which listing you score, this is a notable way to bring home one of the latest DJI quadcopters for less than retail. Packed into a familiar folding form-factor, the Air 2S drone arrives with an aerial photography-ready 1-inch 20 MP camera sensor capable of 5.4K video recording. That’s alongside 31 minutes of flight time for each of the two batteries and tons of other accessories to round out the package. Not to mention, the all-new DJI RC Pro controller and its 5.5-inch 1080p display with 1,000 nits of peak brightness. You can also get a closer look in our hands-on review.